Louie the Lady Boss didn’t have it easy on this Wednesday night’s Snowfall.

The trouble started for her, on the FX drug drama, when Franklin broke the news that Grady was out and Teddy aka Reed was back, and he wasn’t going to make his keys of cocaine any cheaper. Frustrated that their prices were still higher than that of their Colombian competitors, Louie pushed back and said she wanted to talk to Teddy directly.

Franklin wasn’t trying to hear that though, and when Louie asked what Teddy had done to his father Alton, Franklin didn’t appreciate that question either. (Franklin asked the same thing about Alton’s fate, but Teddy lied to his face and said he didn’t know anything.) Unhappy that she and Jerome would have to tell their “client” Skully about the pricing issues, Louie and her husband and their crew begrudgingly met with Mello, Skully’s lieutenant and delivered the update.

Mello warned the couple that Skully was in a particularly bad place as of late because his deceased daughter Tianna’s birthday was coming up, but he agreed to convey the message. Not long after, we all got to see what Mello was talking about when he yelled Bible passages at one of his underlings, who was tied up and blindfolded. When Louie and Jerome met up with Skully, they watched in horror as Skully chopped off that same man’s ear with a sword. 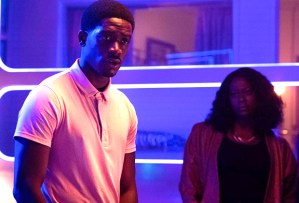 Skully then accused Louie and Jerome of lying and selling wolf tickets and he dismissed them, knowing that his violent act against his own employee had gotten his point across on how he treated those who disappointed or deceived him. The bound and naked men with cardboard signs around their necks (to announce their “sins” against Skully) probably also did the trick.

Realizing they were dealing with a madman, Louie and Jerome wondered if they should wait him out until he self-destructed or if they should try and see if Mello would overthrow him. They chose the latter and to speed up the process, they turned to Dallas and Black Diamond to use their former stripper connections to plant delusions of grandeur in Mello’s head.

Thankfully, it didn’t take much convincing from a pretty and petty exotic dancer named Puff the Magic Dragon, who quickly got Mellow to throw his cash around and brag that he was going to be in charge sooner than later. Mello then met up with Louie and Jerome and told them Skully was going to kill them after their next drug deal. Mello then proposed that if they killed his boss Skully, he’d not only accept their price, but he’d pay a couple thousand dollars more per key. 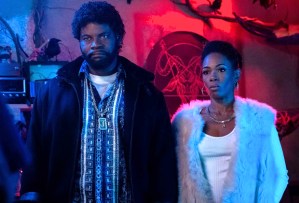 Louie said the hit would cost $50,000 and Mello boasted that he could’ve spent twice that amount, so Louie doubled the price. Jerome and Louie then went to Skully’s psychic, where he was going to talk to Tianna’s ghost on her birthday, and got the jump on him. Mello came to pay Louie and Jerome and they gave him Skully’s necklace as proof.

The whole thing, though, was a set-up, and Skully emerged and realized that Mello was the snake Louie and Jerome told him he was. Louie also explained that they’d chosen to come clean to Skully because he didn’t shoot and kill her when he had the chance in the hospital. Skully thanked them for their loyalty and agreed to pay the original price for his keys of cocaine. His henchmen carted Mello and his boy away to horrors we don’t even want to imagine, and then told Louie and Jerome to keep Mello’s $100,000 because it was bad luck.

Although the Skully problem got resolved, Louie also had to contend with creepy Buckley, the narcotics detective who they’re paying off, because he was demanding intel so he could make arrests and impress his bosses. Louie wanted to give Buckley what he was asking for, but because Skully handled Mello, she didn’t have anything or anyone to give him. And this shortcoming will more than likely come back to bite Louie on her butt. 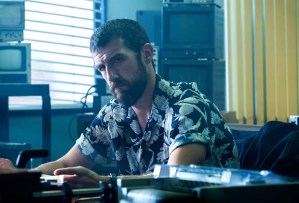 Until then, she had to listen to an annoyed Franklin who on one hand commended her and Jerome for handling Skully, but on the other hand, chastised them for going rogue. Franklin added that Teddy didn’t think the prices were the problem but that Louie and Jerome’s decision to be their own bosses was problematic and Franklin said he agreed. (Humph. One has to wonder what Franklin is going to do when he learns that Teddy is the one selling cocaine to their Colombian competitors at cheaper prices.)

Of course, none of this is what Louie wanted to hear from Franklin. As she pointed out, she knew she could be a boss because she and Jerome had handled things when Franklin was on the mend. Plus, the whole Skully situation and her shooting had only happened because Franklin had chosen to back Manboy instead of Skully, and the whole thing backfired horribly.

Instead, Louie bit her tongue and Jerome didn’t defend her — in part, because she kept him in the dark about the CIA supplying them with their drugs for so long. Which meant Louie had to take the loss alone because, at the end of the day, Franklin is still their boss.

What did you think of Franklin’s threats and Louie’s defiance? Are you worried what Franklin will do when he finds out about Teddy’s schemes and Alton’s fate? Drop your thoughts in the comments.