Remember that scene in The Social Network where Sean Parker has an epiphany about The Facebook?

A near-identical moment occurs in the first episode of Showtime’s Super Pumped: The Battle for Uber, which premiered Sunday. UberCab CEO Travis Kalanick (played here by Joseph Gordon-Levitt) is trying to figure out how his fledgling startup is going to avoid paying fines handed down by the city’s transit commission. That’s when future Chief Business Officer Emil Michael, who Kalanick has just met for the first time, presents him with an easy, if highly unethical solution:

“The San Francisco MTA only regulates cabs,” he points out. “So yeah, UberCab is up to its ass in fines and facing existential threat.”

But what if UberCab was no longer classified as a cab company? What if it was classified as… a “ride-sharing service”? 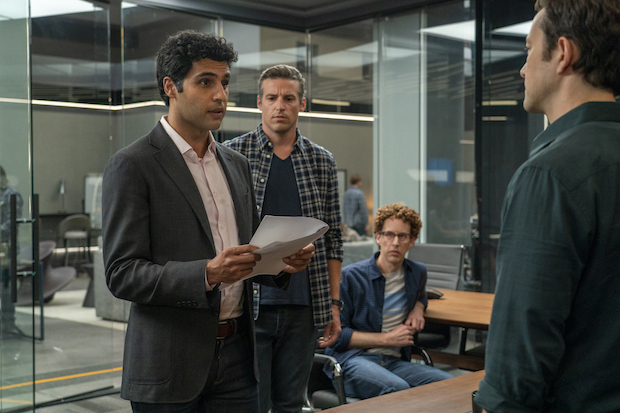 “UberCab — and all of its corresponding regulatory problems and liabilities — is hereby shut down,” Kalanick declares. “Inoperative and defunct.” He turns to his in-house attorney and tells him to “repaper us as a new entity called… Uber.”

“Uber… what?” one of his lackeys asks.

That’s where this story really kicks into high gear, just moments before the credits roll on Episode 1. So rather than bore you with all the superfluous details, allow me to present an abridged recap: 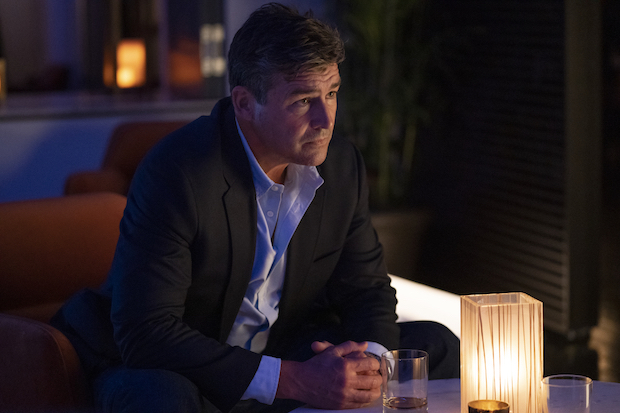 We circle back to the year 2011 and see Kalanick strike a deal with hotshot venture capitalist Bill Gurley (Friday Night Lights‘ Kyle Chandler), whose money can only keep the operation afloat for so long. Kalanick has a thorn in his side by the name of Randall Pearson — no, not that Randall Pearson! — a power-broker for the San Francisco Mass Transit Authority (played by The Good Doctor‘s Richard Schiff) who is determined to see the smarmy entrepreneur fail unless UberCab pays its fair share. A fateful meeting with the mayor ultimately goes in Kalanick’s favor, but he still has to pay Pearson’s fines — that is, until Michael (Succession‘s Babak Tafti) presents him with a loophole, as laid out above.

Did you get serious Social Network vibes from the first episode of Super Pumped? Grade the premiere via the following poll, then drop a comment with your full review.