“Hail Mary, full of grace, please have a Kelly Clarkson show up.” That was Katy Perry’s prayer atop Sunday’s season premiere of American Idol, and while everyone knows that the Bible promised us only one Clarkson in this lifetime, we’re down to watch a fresh round of singers attempt to match her greatness.

American Idol: The 5 Changes We Wish ABC Would Make to Its Revival 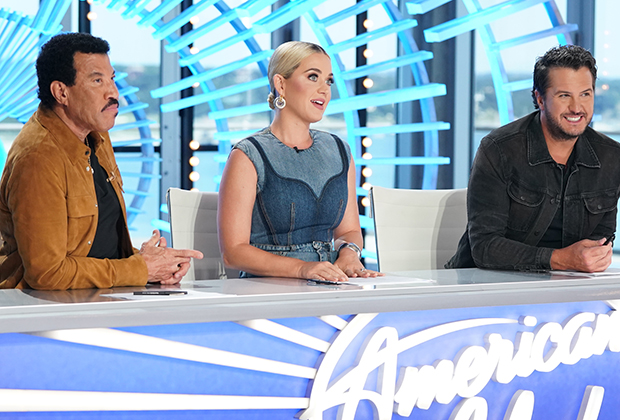 With Perry, Luke Bryan and Lionel Richie back on the panel for a fifth year, Idol celebrated another significant milestone — the franchise’s 20th (!) anniversary — with the introduction of a Platinum Ticket™, whose recipients get to bypass the first round of Hollywood Week.

(If that doesn’t sound like a lot, you’re obviously forgetting the absolute nightmare that is Hollywood Week.)

The first of three such tickets was given to HunterGirl, a 23-year-old music therapist who works with veterans, turning their painful stories into beautiful songs. Her confident, genuine performance of Rascal Flatts’ “Riot” had Bryan calling her a “new age Miranda Lambert,” one with his “favorite female country voice” he’s heard during his half-decade on Idol. So it was only appropriate that the judges gave HunterGirl the good news at Bryan’s very own Nashville bar 32 Bridge. Hit PLAY on the video above to watch her audition.

Read on for a breakdown of the other successful stand-outs from Sunday’s premiere. And lest you doubt how fierce the competition is this season, never forget that Aretha Franklin’s granddaughter didn’t even make it through to Hollywood.

NOAH THOMPSON, 19 | Yes, this charming construction worker received a well-deserved golden ticket with his raw, emotional performance of Kameron Marlowe’s “Giving You Up.” But the greater honor was bestowed upon the person who submitted him, Thompson’s co-worker Arthur, whom Richie deemed a bonafide lumberjack angel. Watch:

NORMANDY, 29 | Even Perry admitted that she was rolling the dice by sending this human cartoon through to Hollywood. Obviously bewitched by the gamer’s quirky style, complete with a carrot purse that belongs in Perry’s closet, the judges seemed to willfully overlook that her rendition of Tina Turner’s “Proud Mary” was… not actually good. Once you get past the gimmick that her speaking voice sounds different than her singing voice, there really isn’t much there.

NICOLINA BOZZO, 18 | The premiere’s first OK-now-we’re-talking moment came courtesy of this Toronto-based college student, who punched the judges in their collective gut with her powerful take on Sara Bareilles’ “She Used to Be Mine” from the Broadway musical Waitress. It’s a song that’s been done to death, but she brought something fresh to the dramatic ballad, taking every advantage to show off her range and control. On a side note, it made me weirdly happy to see Perry mouthing along with the song. Waitress fans are good people. Click here to watch.

TYLER ALLEN, 24 | It was impossible not to feel for this young uncle, whose audition was a tribute to his one-year-old nephew who recently died in a car crash. Knowing that Allen was singing the same Whitney Houston song he sang while rocking that little baby to sleep, you can hardly blame Perry for sobbing through the entire ordeal. Like the judges, I appreciated the subtlety of Allen’s performance. It really is a lost art. Watch:

COLE HALLMAN, 22 | Honestly, finding out that Hallman works as a surf shop associate was no surprise. He has an effortlessly cool air about him, like I’d be too intimidated to even ask him for help were I to find myself browsing his establishment. But that’s my issue. Anyway, not even an out-of-tune guitar could keep him from shining his light in the form of Creedence Clearwater Revival’s “Lodi,” the perfect song to showcase his classic sound. That performance, coupled with a beautiful little encore of The Rolling Stones’ “You Can’t Always Get What You Want” with his sister, earned him an immediate spot on my watch list. No waiting in line, step right to the front. Click here to watch.

DELANEY RENEE, 18 | This babysitter didn’t think she had the chops to audition for Idol… until the mother of the girl she watches secretly recorded her singing a song from The Little Mermaid. The video went viral on TikTok overnight, and Idol immediately reached out to set up an audition. Renee earned three yeses with a strong performance of Sia’s “Opportunity” from the 2014 Annie remake. So at least one good thing came out of that movie. Click here to watch.

TAYLOR FAGINS, 26 | Idol saved my favorite audition for last, introducing America to this beautiful soul, who treated us all with a stunning original song about police brutality and the hopelessness that so many young Black boys and girls feel today. A gorgeous song on its own, the lyrics and emotion took the whole experience to the next level. Listening to Fagins sing his heart out at the piano was the perfect way to end a solid premiere. Watch:

Which of these singers are you excited to hear again? Vote for your favorites below, then drop a comment with your thought on the Season 20 premiere overall.