It’s time for Sasappis to take center stage. This Thursday’s Ghosts (CBS, 9/8c) shines the spotlight on the show’s resident deadpan spirit, who opens up about his desire to be a storyteller while he was alive. That love of weaving a tale prompts Sas to offer his help to Sam with the copy for the B&B’s website, revealing a surprisingly enthusiastic side to the normally sarcastic and dry ghost.

The episode was “a beautiful experience” for Zaragoza because it allowed him to act opposite his real-life father, Gregory Zaragoza, who portrays Sas’ dad in flashbacks. While the two actors shared the screen before as uncle and nephew in an episode of ABC’s Stumptown, Ghosts marks the first time they’ve portrayed father and son. 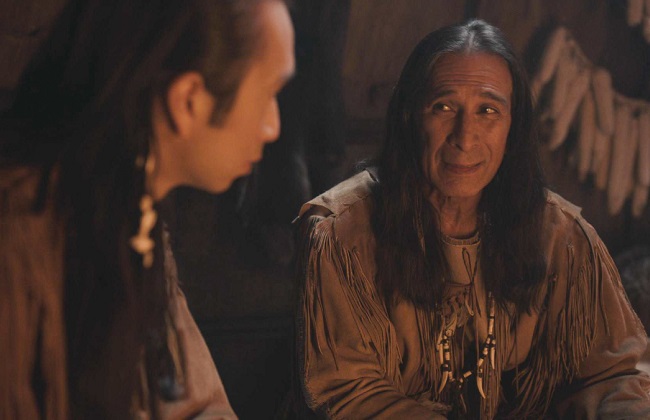 “My father was incredibly supportive of me joining the arts,” Zaragoza says. But the actor was still able to tap into his own journey as Sas struggles for his dad’s approval when it comes to his life choices. “Of course, there are other people in my life that were like, ‘Are you sure you want to be an actor?’ So it was interesting to have those conversations [and] be able to bring that experience from my life to this episode of being like, ‘This is what I want to do.’ But it’s a difficult journey. It’s a difficult life to have. Being an actor is not stable, and it can be a little stressful and scary. And so coming into this episode and reading how Sas wanted to be a storyteller, but his father was a little nervous about it, it was a really interesting experience to dive into that.”

Back in the land of Woodstone Mansion, Sas also has some trouble winning over Sam with his ideas for the B&B site, and the creative tensions lead to comedic hilarity. “I keep saying that I believe that Sas is one of the smartest ghosts, but he doesn’t put it out there. Like, he is, but he doesn’t have to prove anything because he doesn’t care enough to prove anything,” Zaragoza shares. “So having this experience with Sam was so exciting because Sas was like, ‘I’m actually passionate about this. Let me help you,’ and to see their two brains working together was so much fun. I loved working with Rose [McIver]. She’s such just a master at acting. I learned so much from her. It was a beautiful experience, and I’m excited to explore their relationship even more.” 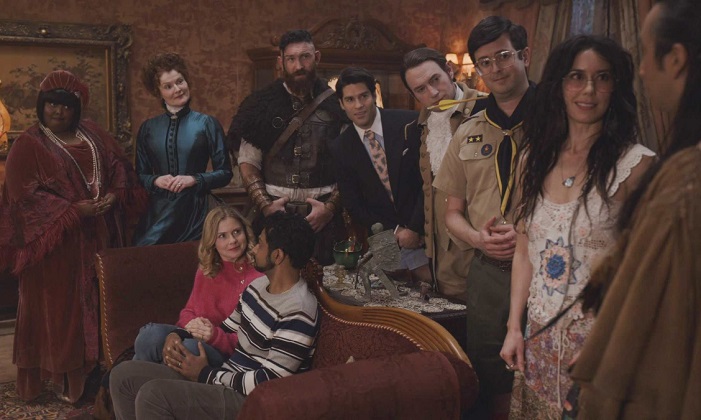 And fans can rest easy, knowing that all the ghosts are present for this week’s episode, and they even all appear together during a key moment. Zaragoza appreciates that viewers often questioned where the MIA spirits were over the course of the season. “I love that the fans are really excited and passionate about that because it makes us feel really good, that like we’re all wanted,” he says. “We all are a piece of the puzzle, and so you want the whole puzzle there. It means a lot that the fans are calling that out.”

As for this week’s big reunion, “I think that was the first time we were all together in a scene since like probably Episode 2 or something like that,” Zaragoza surmises. “I don’t remember [for certain], but I remember it being such an emotional day. I really told stories to the whole cast and learned these different Lenape stories from our incredible Lenape consultant, Joe Baker, and it was so much fun to just tell the stories to the whole cast. They were so excited, their faces were beaming, and I was living my theater life of being a storyteller.”

In the end, the wait to dive deeper into his character’s backstory was worth it. “I love the episode. It’s such a funny episode, and for me, it felt like it came at the perfect time,” Zaragoza enthuses.