With Helen back in London and Max trying to save the hospital in New York, the couple found themselves playing phone tag, which brought about an unexpectedly amusing revelation: Max’s ringtone for Helen is “Yummy.” And that was just the start of the fun: When the pair finally did connect, Max kept recounting a sexy memory to Helen while she was, unbeknownst to him, on speaker phone in surgery and then in a meeting.

After Helen let a later call from Max go to voicemail, it seemed like trouble might be afoot in the long-distance relationship, but she eventually picked up the phone. That particular conversation turned steamy as Max guided Helen to imagine he was there with her in bed.

Below, star Ryan Eggold, who directed this week’s episode, talks about Max and Helen’s “delicate” moment, what he’s enjoying about their relationship and who’s responsible for that ringtone.

TVLINE | What was your favorite scene to direct for whatever reason, be it challenging or a fun one?
That’s tough to answer just because it’s such a joy to work with everybody in this way, and I’m so grateful for the opportunity and challenge. I guess I would say two [scenes]. I would say the the last scene between Max and Helen. That was a joy just because it was kind of delicate and sensitive and different for them. It was fun, both to do my side alone in the kitchen, and then more so to be with Freema [Agyeman], find some interesting moments and shots and just let her be as amazing as she always is, and just be kind of playful with that was really fun.

And the other scene that came out really great that I was kind of worried about and I was really happy came together was the scene where everybody shows up for Max at the urgent care, because I was worried with a smaller physical space, we might not be able to feel the scope, emotionally. But with all those amazing actors, actresses, characters there and seeing everybody and then ending on Janet [Montgomery], of course, it came out really, really well. So I was happy with that. 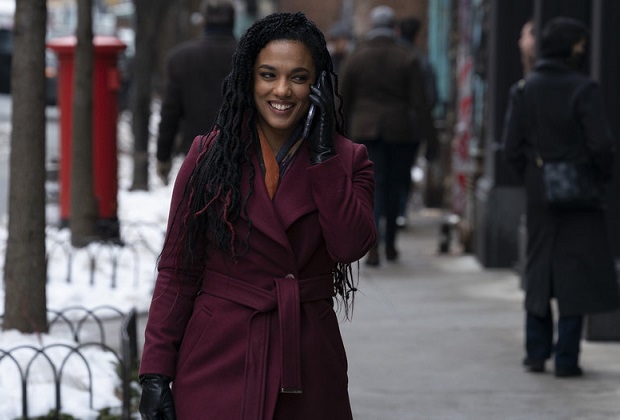 TVLINE | Since you directed this episode, I think you’ll know the answer to this: Who picked Max’s ringtone for Helen?
[Laughs] I don’t know who ended up suggesting the Bieber, but we went through a bunch. It was a thing because getting the rights to this and that song is not always the easiest. Paula Abdul was on the table for a moment. There [were] a few that we went through. But yeah, that’s our post team, and probably [showrunner David] Schuler or Aaron Ginsburg, who wrote this episode, might have suggested the Beebs. It’s so great.

TVLINE | Every time it came on, I just had a sidesplitting grin.
[Laughs] Good. When I left the edit, when I finished my cut, we didn’t have that ringtone settled yet. We were still figuring out what it was going to be. I’m so glad it ended up being that one. 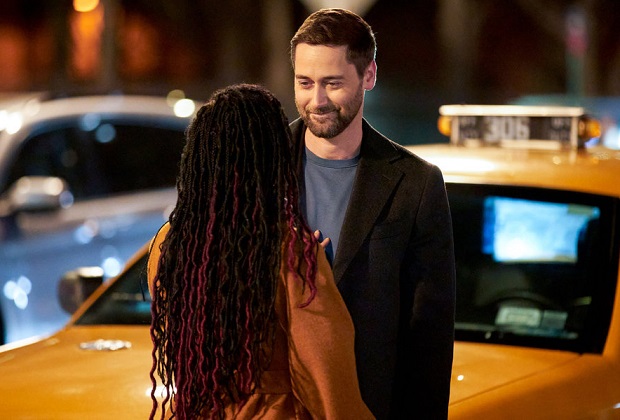 TVLINE | Max stayed in New York at Helen’s urging, but now they’re in this long distance relationship. How are they handling that moving forward?
Max finally chose to put his love life, his personal life, first and then in doing so realized he’s left his hospital behind, and I think he regrets it and is figuring out how to reconcile that moving forward. I don’t know what’s going to happen between Max and Helen going forward. I know that they want both. I know that they want to save New Amsterdam, and I know that Max wants to come back to the hospital and right the wrongs and get Veronica out of there and get this place back to what it used to be, and not lose Helen in the process. I’m not sure where that’s going to take them.

TVLINE | She says at the end of the episode, “I’m thinking that we’re going to be just fine,” which definitely seems like a good sign.
Very good sign. Yes, absolutely. I think his biggest fear, coming back to the hospital, is losing her, and then when Helen, in the previous episode, says, “You’re never going to lose me. I’m here. Go,” I think that’s love and generosity and strength of spirit on her part, and I think it gives Max all the courage he needs to come back to this to the hospital. I hope they are going to be just fine.

TVLINE | What have you enjoyed about how the Max and Helen relationship has been played out this season and handled by the writers?
Where do I begin? I mean, I love working with Freema, and I love their relationship. It’s fun this season to play a lot of joy and love and humor and play them as a couple. It’s fun to just settle into that and find those moments. It’s fun to be playing scenes where we’re moving in to the London apartment together and Luna’s there. It’s just fun to let these characters be happy, make each other happy, and that’s great. We’re so used to couples on TV where you have to introduce so much drama and fighting and downfalls and anger and jealousy and all these things to spice it up, but it’s really nice to see a couple that’s in love and supporting each other. It’s fun to play that stuff with Freema, and David and the writers are doing a really great job with that love story.

TVLINE | There’s a real maturity to it, which I’ve appreciated.
Yeah, definitely. You don’t always see that, because it’s like smashing a plate against the wall might be more exciting. [Laughs] But it’s really refreshing to see people communicate and have a real relationship. 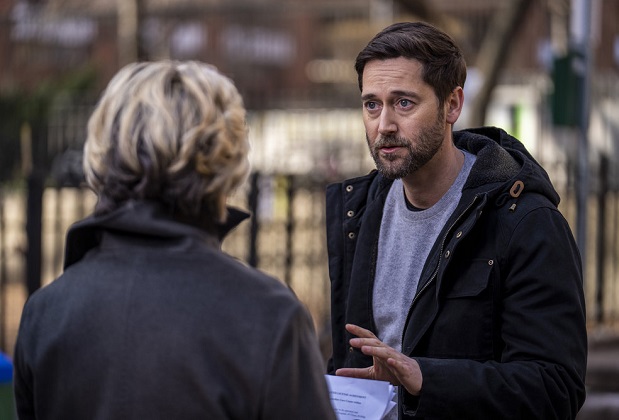 TVLINE | All of Max’s old colleagues and friends came in to help him at the urgent care. So what’s his next step after that in terms of saving the hospital?
Max is willing to do whatever it takes to get back the New Amsterdam that he left and right the wrongs. It starts with the board. He’s got this board seat now. He’s going to really try to figure out how to get Veronica out of there, and how he does that is going to be a number of things. And I don’t know that Max fully has that plan in his head right now either.

New Amsterdam fans, what did you think of Max and Helen’s steamy phone call? Hit the comments!