Monday marked the last wonderful kind of day for the citizens of Elwood City, with PBS Kids’ Arthur coming to an end after 25 seasons. 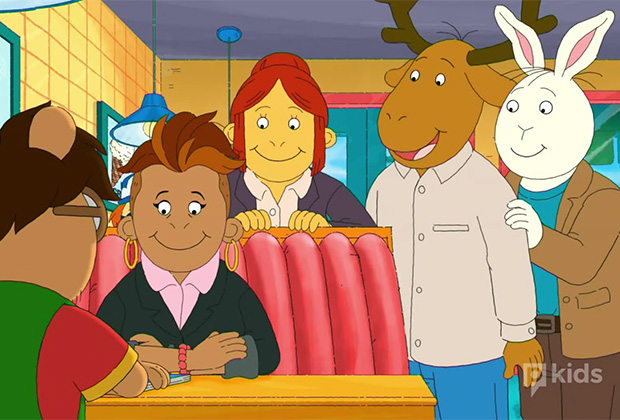 Whether you’ve been a faithful Arthur devotee since 1996, a casual purveyor of the fans’ twisted memes, or didn’t even realize that the show was still airing until you heard about Mr. Ratburn’s gay rat wedding a few years ago, we can all agree that this marks the end of an era.

The show’s final segment, appropriately titled “All Grown Up,” offered a glimpse at what the future holds for Arthur the aardvark, Buster the bunny, and… you know, whatever everyone else is. Here’s what we learned about where they’ll all end up:

* Thanks to an instructional drawing book he wasn’t even supposed to get from the library, Arthur grows up to become a graphic novelist. The episode ends with Arthur, who’s rocking some very 20-years-later facial hair, reading the first chapter of his first book to his old friends. And wouldn’t you know, his book series is literally just Arthur all over again.

* Muffy is running for mayor of Elwood, with new Sugar Bowl owner George eager to see her defeat Mayor Hirsch.

* Francine, whose new haircut deserves its own spinoff, is happily working for a company that makes sneakers.

* D.W. is now a (traffic?) cop, and not even the flirty advances of Bud Compson can keep her from giving a ticket where a ticket is due. 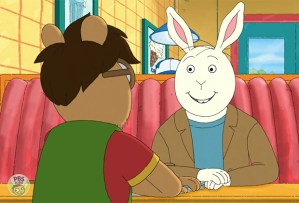 * Buster is working as a teacher. It’s unclear whether he enjoys his new life, but he certainly has the wardrobe for it.

* And Binky is living the dream as a local news reporter.

Will you rest a little easier tonight, knowing what the future has in store for Arthur and his many friends and frenemies? Grade the final episode below, then drop a comment with more of your thoughts.