The unconventional romance at the center of The Time Traveler’s Wife is on display in newly released photos from HBO’s adaptation, starring Rose Leslie and and Theo James. 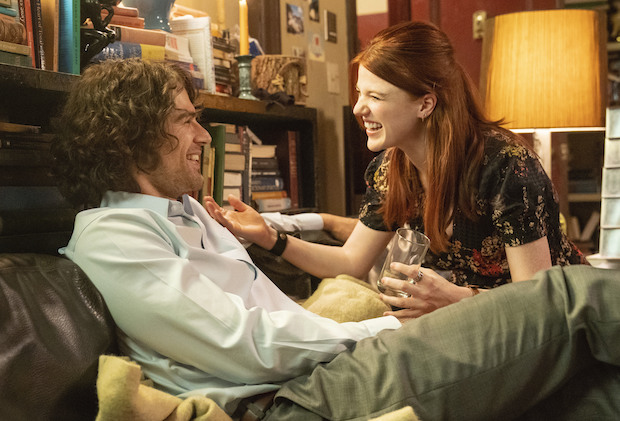 Premiering this spring, the six-episode first season tells the “intricate and magical love story” of “Clare and Henry, and a marriage with a problem… time travel.” Leslie (Game of Thrones) and James (Sanditon) star as the marrieds, who are seen embracing in the above image.

Elsewhere in the attached gallery, adult Henry interacts with a young Clare, and we get our first glimpse at Desmin Borges (You’re the Worst) and Natasha Lopez as the couple’s friends, Gomez and Charisse.

“This is a story of loss but it’s not a tragedy. It’s about a time traveler but it’s not science fiction,” Moffat previously said in a statement. “Despite Clare and Henry’s time-scrambled relationship, this is the tale of a grand, ordinary love — but not necessarily in that order.”

“This is a dream project for me,” Moffat shared. “I have always loved Audrey Niffenegger’s extraordinary, moving novel and it has inspired me many times, so to be adapting it for television is the thrill of a lifetime. Working with David Nutter is a joy and an honour already, and with Rose Leslie and Theo James as Clare and Henry, and Natasha Lopez and Desmin Borges as Charisse and Gomez, this is going to be the love story we need right now.”

Check out the time-hopping photos above, then hit the comments with your first impressions!