Before the Rams and Bengals face off at Super Bowl LVI on Sunday, a far more important — but no less animal-themed — battle must first be waged. 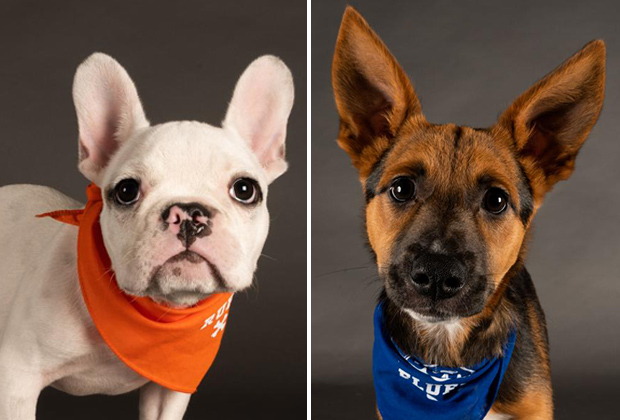 That’s right, folks, the annual Puppy Bowl is back for its 18th consecutive year of fur-ocious football action. The special event premieres at 2/1c on Animal Planet, at which point it can also be streamed on Discovery+. A pre-show is set to air at 1 pm.

But with 103 competitors taking the field, how can each dog hope to stand out? Having a name like Rob Gronchowski and Odell Barkham certainly doesn’t hurt. And for all you RuPaul’s Drag Race UK fans out there, what are the odds that this year’s group would include dogs named Bimini and Tayce? Come on, now.

Not only are Snoop Dogg and Martha Stewart return as hosts of the big, but they’re also serving as coaches this time around. Snoop will be coaching Fluff, while Stewart will be barking orders at Team Ruff.

“I’m honored to be co-hosting the only sporting event on the planet guaranteed to raise the ‘woof,'” Coach Snoop said in a statement.

As always, this three-hour event also aims to raise awareness of the importance of pet adoption. Click here for official adoption information, direct from the Puppy Bowl.

Browse our gallery of Puppy Bowl players to get better acquainted with the starting lineup (click here for direct access), then drop a comment with the name of your personal MVP (that’s “most valuable puppy”) below.