We’re not sure what’s putting a bigger strain on Courteney Cox and Greg Kinnear’s marriage in the full trailer for Starz’s Shining Vale: the affair that Cox’s Pat had, or the ghosts she’s now seeing in their new home. 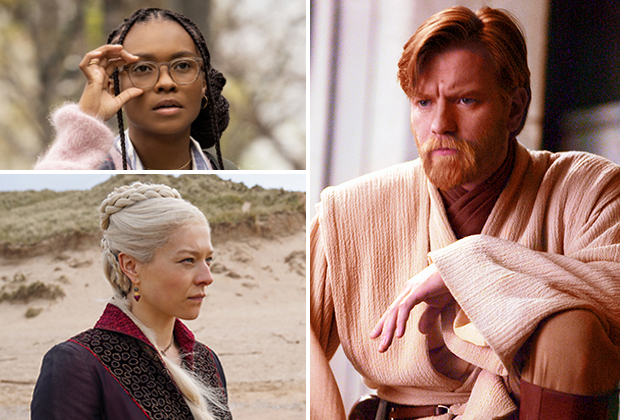 In the upcoming horror-comedy — which premieres with two episodes on Sunday, March 6 at 10:20/9:20c — Cox stars as a depressed author who’s struggling to write a follow-up to her raunchy breakout novel from 17 years ago. In an effort to save their marriage after Pat sleeps with the handyman, she and Kinnear’s Terry move their family to Shining Vale, Conn., where the old Victorian mansion they now live in proves to be much spookier than anticipated.

The above trailer offers a few glimpses of the supernatural spirit (played by Mira Sorvino) that Pat keeps seeing in the house, which is having a strange effect on Pat’s writing process. “All of a sudden, I wrote 13 pages I don’t remember writing,” she says in the video.

“Neither Terry nor the kids seem to notice that something is horribly wrong with their new home; only Pat can see things move and hear the bumps in the night,” the show’s logline reads. “Is Pat depressed, or possessed? Turns out the symptoms are exactly the same. Everyone has their demons, but for Pat Phelps, they may be real.”

Watch the trailer in full above, then drop a comment with your first impressions!