Drag Race fans, we need to talk about Jujubee.

This iconic queen has been in the game longer than any of her international challengers, having previously participated in three full seasons of competition. From memorable acting performances to gag-worthy runway looks and beyond, Jujubee has proven herself a force to be reckoned with time and again. So here’s my question, which I ask with respect: Why isn’t she bringing even a flicker of that competitive flame to RuPaul’s Drag Race UK vs. the World?

Sure, we’re only two weeks into the season, but between last week’s disappointing debut (I would have put her in the bottom two against Janey Jacké) and her lackluster presentations at the three-part “RuPaul Ball” in Episode 2, it’s starting to feel like Jujubee is just going through the motions, rather than actually competing.

Her 1999 New Year’s Eve look for the “Kitty Girl” portion of the ball couldn’t have been more basic, and she totally missed the “Butch Queen” mark in a blouse made of… flower petals? As for her “You Wear It Well” dress, well, Ru was kind to lie and say she’d wear that. It was all very surprising (and not in a good way), prompting the judges to wonder when the real Jujubee will finally show up. See for yourself: 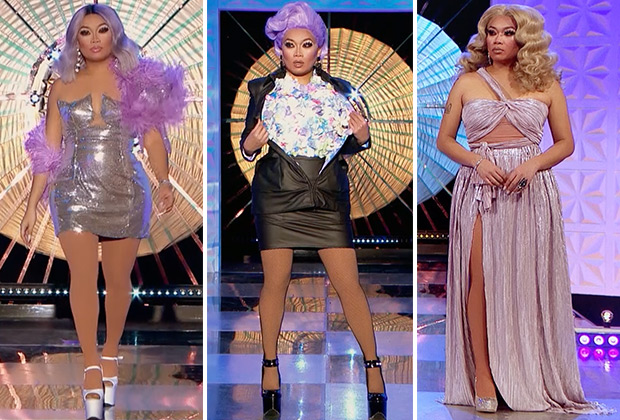 Needless to say, I wasn’t entirely surprised to see her in the bottom two this week alongside Cheryl Hole. (I would have swapped Cheryl for Baga Chipz for reasons of pure annoyance, but I realize that isn’t how this game is played. Or is it?)

Janey Jacké also made quite the rebound from the premiere, earning a spot in this week’s top two alongside Jimbo. And that rebound continued with a lip sync victory to a remix of RuPaul’s “Supermodel.” Jimbo’s performance wasn’t quite as bad as it was during last week’s stumble-fest, but I wouldn’t be surprised if a portion of the fandom once again questions whether she threw the battle to avoid having to send someone home.

Regardless, it was Janey’s decision to make. The queen whose lipstick she chose is… Cheryl Hole!

“Let’s be real, I’m absolutely devastated,” Cheryl said upon returning to the werkroom. “In terms of the competition, I wouldn’t have done anything differently. I was here to play, I was here to fight, I was here to have fun. I’m not just a star, I’m a global star, and the world better be ready for this Hole.”

Do you think the right queen sashayed away this week? Weigh in via our poll below, then drop a comment with your full review of Episode 2.