The students of St. Vladimir’s Academy are coming back for another bite later this year.

Peacock on Friday released a sizzle reel of its upcoming programming, offering a blink-and-you-missed-it first look at the streamer’s series adaptation of Richelle Mead’s Vampire Academy novels. Previously adapted into a feature film in 2014, Vampire Academy is now being reborn for the small-screen, courtesy of showrunners Julie Plec (The Vampire Diaries, The Originals, Legacies) and Marguerite MacIntyre (TVD).

Check out the first-look shots below: 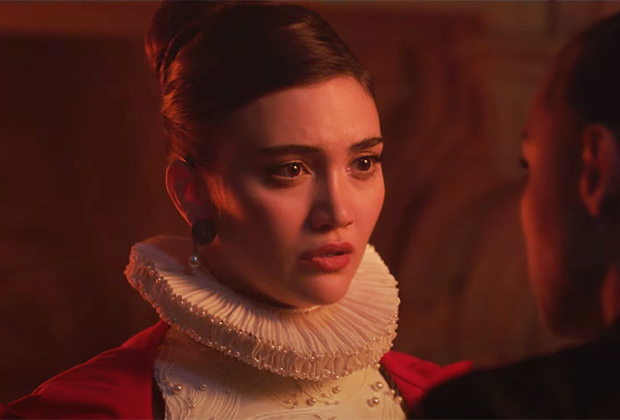 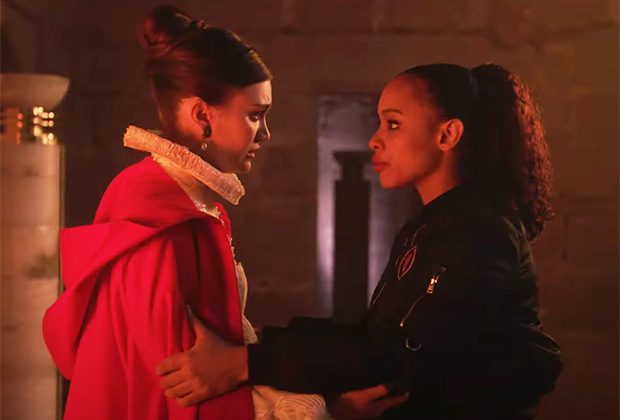 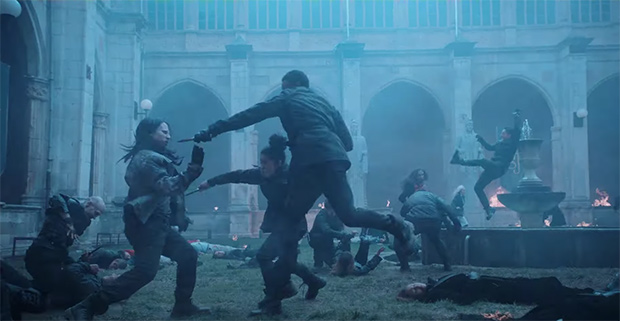 Described as “a story of romance, friendship, death, sex, and scandal,” Vampire Academy is set in a world of privilege and glamour where two young women’s friendship transcends their strikingly different classes as they prepare to complete their education and enter royal vampire society. The “serialized and sexy drama” is largely set at St. Vladmir’s Academy, which “isn’t just any boarding school — it’s a hidden place where vampire royals are educated and half-human teens train to protect them from the savage “Strigoi” vampires who would like to see them destroyed.”

The series stars Sisi Stringer (Mortal Kombat) as Rose Hathaway, a vampire-human hybrid known as a Dhampir; Daniela Nieves (Save Me) as Princess Vasilisa “Lissa” Dragomir, a Royal Moroi vampire; Andrew Liner (grown-ish) as Mason Ashford, Rose’s main competition in the quest to become the number one guardian-in-training; J. August Richards (Angel) as Victor Dashkov, a Moroi noble vampire with a heart of gold; and Kieron Moore (Sex Education) will play Dimitri Belikov, the model of a Dhampir guardian.

It also stars Andre Dae Kim (Salvation) as Christian Ozera, a Royal Moroi vampire whose parents’ societal sins make him a pariah of the school and royal court; Anita-Joy Uwajeh as Tatiana Vogel, a Moroi vampire and political underdog who takes the royal court by storm; Mia McKenna-Bruce as Mia Karp, a non-Royal student with a plan to social climb her way up the ranks; Rhian Blundell as Meredith, a smart, strong-willed Dhampir with little patience for Rose’s volatility or Mia’s elitism; and Jonetta Kaiser as Sonya Karp, a quiet and decidedly odd young woman who sits out on the fringe of Moroi society.

Are you excited to re-enroll at St. Vladimir’s? Hit PLAY on the video above to watch the first footage, which begins at the 0:38 mark, then drop a comment with your thoughts below.