We’ve got questions, and you’ve (maybe) got answers! With another week of TV gone by, we’re lobbing queries left and right about dozens of shows including The Woman in the House, Pam & Tommy, And Just Like That… and Reacher! 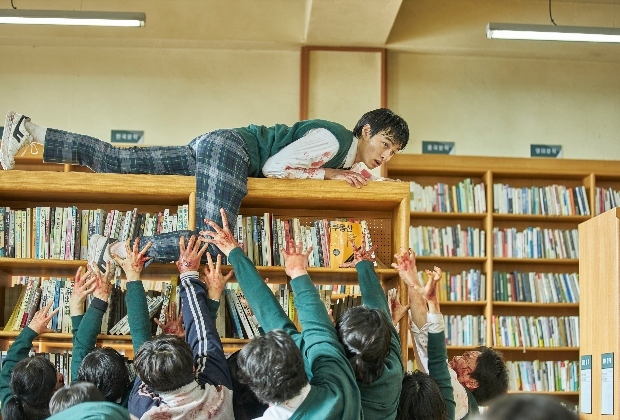 1 | Did All of Us Are Dead make you want to leapfrog bookshelves, too? And who was the worst villain, Gwi-nam or Na-yeon?

2 | Who had the more thankless role in Netflix’s The Woman in the House: Janina Gavankar (as Emma’s pregnant mother) or Jim Rash (who played the flight attendant)?

3 | Who do we have to bribe to get 1883‘s tipsy Carolyn (played by Rita Wilson) on the wagon train for good?

4 | Euphoria viewers: What’s your theory about the elusive Jacobs sibling? And, given the amount she was drinking, were you surprised it took that long for Cassie’s alcohol to… make a reappearance?

5 | Of all the Power and Book II: Ghost characters who showed up in Tariq’s guilt dream, wasn’t LaKeisha the biggest stretch? 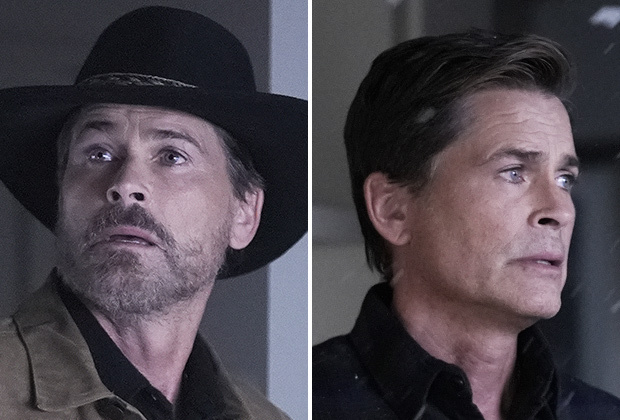 6 |On 9-1-1: Lone Star, did the sight of a clean-shaven Owen actually make you miss the mountain man look he’d been rocking all season? Did we not know what we had until it was gone?

7 | On How I Met Your Father, were you equally delighted by the super-specific reference Ellen made to 7th Heaven‘s paint-huffing episode? 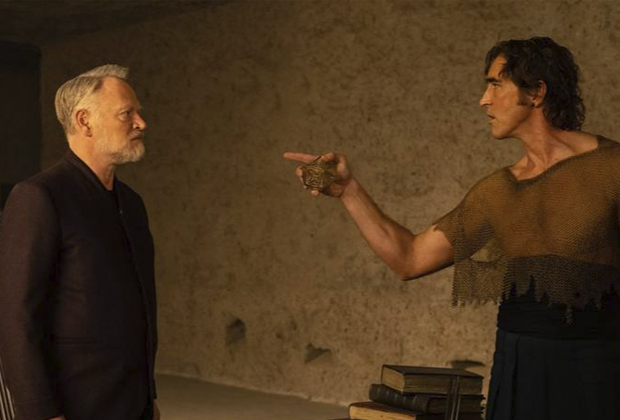 8 | Looking at this Foundation Season 2 first look: Does Brother Day’s mesh crop top mean the Empire has its own Forever 21?

9 | Wouldn’t it be great to see Superman & Lois do what truly needs to be done to defeat Bizarro, and recruit Supergirl, Titans‘ Superboy… and maybe some other heavy hitters from DC TV shows?

10 | The Resident fans: Was Gigi listening to her mother’s heart beating in Conrad’s patient an absolute gut-punch?

11 | Doesn’t it feel like The Real Dirty Dancing has too few competitors? Almost as if they started the show after half of them were already eliminated? 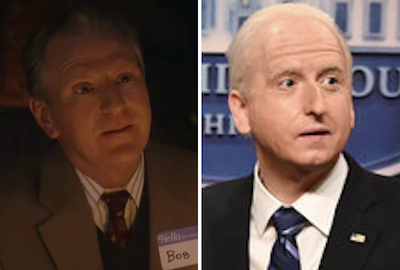 12 | On This Is Us, are we sure Rebecca’s first speed date  wasn’t played by Saturday Night Live‘s James Austin Johnson? And did you feel bad that Tess and Annie were sent upstairs without their delicious, “best butter sauce ever” gnocchi dinner?

13 | Who had more sparks on Abbott Elementary: Melissa and the vending machine guy, or Janine and Greg? (The latter two are totally going to end up together, right?)

14 | While we loved seeing David Letterman appear alongside Seth Meyers for Late Night‘s 40th anniversary, wouldn’t it have been great if all the former hosts (Conan O’Brien, Jimmy Fallon) made an appearance together? 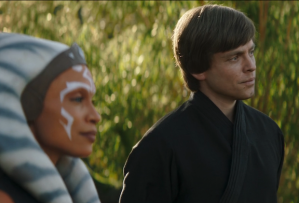 15 | Do you think the YouTuber that Lucasfilm hired after The Mandalorian‘s Season 2 finale had a hand in The Book of Boba Fett‘s much improved Luke Skywalker deep fake?

16 | Do you think you’ll ever get South Park‘s “Pajama Time” out of your heads, or have you just accepted that you’ll carry it with you for the rest of your days? 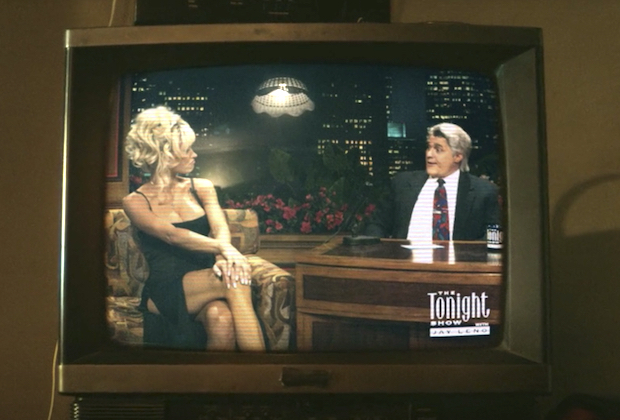 17 | What grossed you out more in Pam & Tommy‘s first three episodes: Rand’s sleazy lack of morals and unthinkable crime, or Tommy Lee having a full conversation with his penis? (And did you identify Jason Mantzoukas as the voice of the said member?) Did the producers think we wouldn’t “get” that Anderson was being interviewed by Jay Leno without the Tonight Show logo featured on-screen? Was Pam and Tommy’s dog in Episode 1 the same one that plays B Positive‘s Cannoli? And finally, did Tommy make that moussaka himself? Because that is an intensive dish to prepare!

18 | So, The Flash can’t seem to get rid of Eobard Thawne, but Legends of Tomorrow kills him off just like that?

19 | On Batwoman, how cool was Batwing’s clothesline? Did it remind you of Monday Night Raw?

20 | During Celebrity Big Brother‘s first Head of Household competition, why didn’t they at least show us NSYNC’s No Strings Attached album cover, to illustrate why dangling from wires felt so “familiar” to Chris Kirkpatrick?

21 | On Sistas, we get that that dude is an undercover cop or whatever, but why would he roll up on Danni in attack mode? Did you also want her to give him a non-life threatening stab-and-jab on general principal?

22 | Coming off of the PowerPoint presentation that Peacemaker‘s Economos gave, were you surprised that none of the Butterflies that infested the police station entered their host via, you know, the butt?

23 | On And Just Like That…, did you kind of guess that Franklyn the hot podcast producer would be a love interest for Carrie at some point? Why would the trans rabbi presume to butt in and lecture Carrie and Miranda about their friendship after overhearing a small snippet of conversation from a bathroom stall? And how could Carrie possibly have a discussion about the worst breakup stories ever and not mention Berger’s infamous Post-it note?

24 | Now that Netflix has announced the cast for That ’90s Show, can we expect they’ll reclaim the rights to That ’70s Show sometime soon? It’s not streaming anywhere, nor is it in syndication! 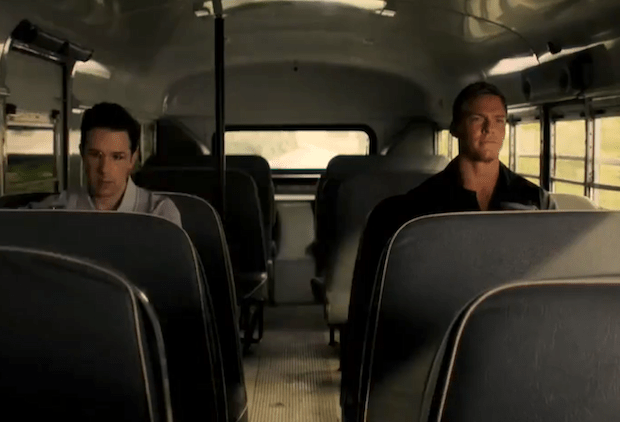 26 | Given how many a character comments on Reacher‘s noteworthy size, shouldn’t they have cheated Alan Ritchson’s 6-foot-2ness a bit more with the occasional phone book, casting smaller background actors…?