The CW’s 4400 is getting a visit from an OG abductee in Monday’s episode (airing at 9/8c), and he’s definitely giving us a bad feeling in TVLine’s exclusive sneak peek.

As seen in the video above, Patrick John Flueger — who played returnee Shawn Farrell on the original USA Network drama — guest-stars on the reboot as Caleb, as a charismatic figure from Mildred’s past. In the flashback scene, Caleb presides over a communal dinner, when Mildred’s sister Milicent (played by Raven Whitley) takes an early bite before Caleb is done giving thanks for the food. The action causes Caleb to sidle up to Milicent and creepily order, “Take your pulse down. That way, your wants will never take precedence over the community’s needs.”

In addition to shedding light on Mildred and Milicent’s past, the hour finds Mildred rallying the troops in the present when she fears her sister might be in trouble. Elsewhere, “Logan is the only witness to a savage crime, that, to all others does not seem to exist,” per the synopsis. “Meanwhile, Claudette stands up to a group of anti-4400’s.”

Press PLAY above to watch the sneak peek, then check out a photo of Flueger as Caleb below. 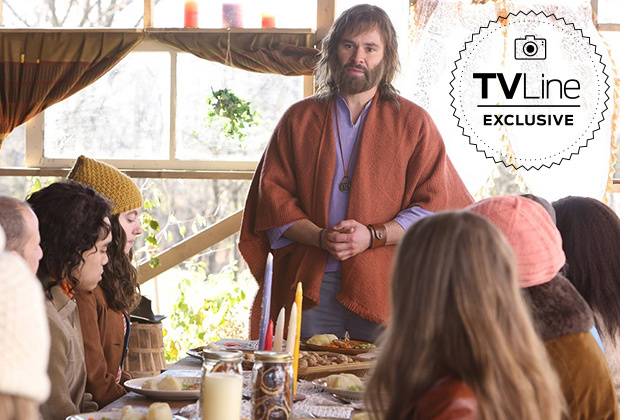