Paramount+ is ready to chronicle the rise of the Pink Ladies, having now locked in the cast for its musical Grease prequel series.

The streaming service on Monday unveiled the full cast (detailed below), as well as announced that filming on the 10-episode series is now underway in Vancouver.

Set in 1954 — four years prior to the original Grease movie that was released in 1978 — Grease: Rise of the Pink Ladies takes place in a time “before rock ‘n’ roll ruled, before the T-Birds were the coolest in the school,” as four fed-up outcasts dare to have fun on their own terms, “sparking a moral panic that will change Rydell High forever.” 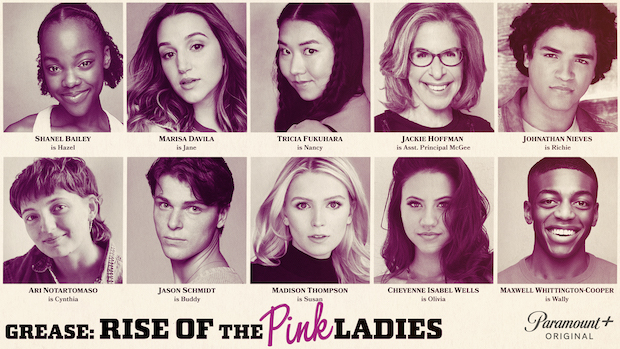 Grease: Rise of the Pink Ladies is written by series creator Annabel Oakes (Atypical, Transparent), who will serve as showrunner and executive-produce alongside Alethea Jones (who will direct the pilot plus two more episodes) and others.

“We are thrilled to unveil our new original series that will introduce an incredible cast of young stars in the making and electrifying musical numbers you will fall in love with,” Paramount+ original scripted series president Nicole Clemens said in a statement. “Annabel and Alethea have managed to brilliantly capture the spirit of the iconic beloved classic film which like Rise of the Pink Ladies, is both set in the past but relevant to the present.”