The moment Joy Division’s “Love Will Tear Us Apart” played, it was clear things weren’t going to go as planned for Dan and Melody in the Season 1 finale of Netflix’s wildly popular sci-fi drama Archive 81.

The installment began with Jess recording Melody on her Fisher Price PXL 2000 camera. This turned out to be the same camera Jess would use to record the cult’s ritual ceremony at the Visser when Melody and Samuel got pulled into the Otherworld, with creepy Iris there to guide the way. (More on that in a bit).

Dan and Mark found out all of this when they visited Annabelle at the psychiatric hospital, and she gave them the tapes from an adult Jess, who became a nun, changed her name to Sister Mary Cecilia and moved to Haiti. Oh wow. But what happened to Jess’ mom? Did the Kaelego cult kill her? I guess we’ll find out in Season 2 because you know there will be a second season, even though Netflix hasn’t officially renewed it yet.

Annabelle also filled in the blanks on what happened to Melody the night she transitioned to that other place, which gave Dan a sense of comfort and relief because he learned that his father Steven wasn’t a Kaelego occultist but a well-intentioned psychiatrist who really tried to help Melody. He was so determined to keep his patient safe, he locked her up with Annabelle, but she broke out. So much for security. 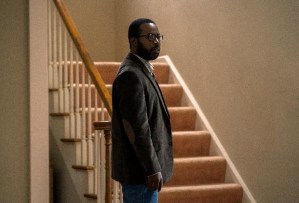 After watching the tapes, Mark stepped in (bless his heart) to explain how Melody went to the Visser and helped Jess escape, but got knocked out by John the janitor and thrown into the ceremony instead because Samuel actually needed Melody, a Baldung witch descendant, more. Instead of killing Jess, who was no longer an option, Samuel slit all-too-gullible Tamara’s throat, sliced Melody’s hand for the totem and opened up that ghostly gate.

Here’s another question: Why didn’t Melody run? Samuel wasn’t holding her that tight, and everyone was busy staring at Iris. Never mind. If she had run, there would be no need for Dan to save her and no Archive 81 show, but still. Seeing the footage and hearing Mark’s verbal crib notes gave Dan all the courage he needed to rush off and save Melody. He just needed Davenport to grant him access, so he told the enigmatic millionaire the footage would reveal Samuel’s fate, and he let him onto the compound. 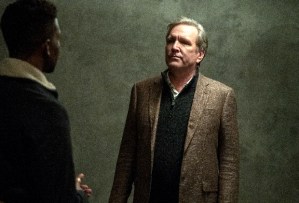 In true sci-fi villain fashion, Davenport shrugged off Dan’s pleas to enter the Otherworld with his help and said he didn’t want to save his egomaniacal brother Samuel from that realm. Davenport also revealed that some Baldung types had killed Dan’s father, mother and sister in order to destroy Melody’s tapes and keep the gate closed. The tapes weren’t in their family’s home, however, but a storage unit Steven had rented. Leading to yet another question, which is: Why did Dan’s father save those tapes? Was he trying to rescue Melody but didn’t know how?

Davenport and Dan started fighting, and Davenport pulled out a gun to kill Dan, but Mark saved the day and hit the rich weirdo in the back of his head. Dan and Mark headed to the ritual room and Bobbi snuck up behind them with Davenport’s gun and confessed that she, too, wanted to save Melody because — wait for it — she was really her long-lost mom, Julia Bennett. Dun dun dun!!

She also said the Kaelego occultists had been doing it wrong because they didn’t have the right tuning-fork key thingy. Bobbi/Julia, on the other hand, had the right key and slashed her hand so Dan could enter that realm and save Melody, sans a fiery death, with one caveat — he only had five minutes. 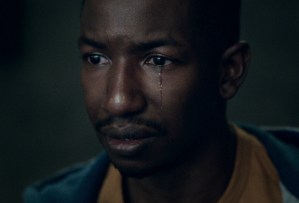 That was the longest five minutes ever, and Kaelego almost tricked Dan into hanging out with some clones who looked a lot like his deceased family, but Dan snapped out of it in time to find Melody and get to the exit. Just as they were about to escape, Samuel popped up and grabbed Melody and threw her back into our world, while ultimately trapping Dan in 1994’s Otherworld.

Melody and her mom Bobbi/Julia were so happy to see one another, they didn’t notice that Dan wasn’t with them. Mark noticed, though, and now he will have to find a way to save Dan from that world with Melody and her mother’s help. How will he do that? And is Davenport dead? If he isn’t, can he help out, too? Also, can Dan do anything useful over in that realm? For instance, can he save the lives of his family somehow? Looks like we’ll have to wait to find out.

What did you think of Archive 81, and will you come back for more questions and hopefully answers whenever Season 2 surfaces? Grade the finale in our poll, and drop your thoughts in the comments.