Two Mrs. Kutchers are better than one, as evidenced by AT&T’s new Super Bowl spot. 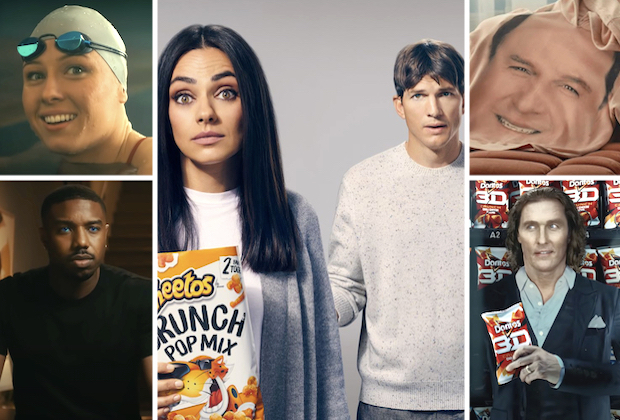 Released well ahead of the Big Game (airing Sunday, Feb. 13 on NBC), the telephone conglomerate’s 60-second commercial casts Demi Moore (who was married to Ashton Kutcher from 2005-2013) and Mila Kunis (who wedded Kutcher in 2015) as themselves, both in attendance at a high school homecoming gala. They both assume they’ve been selected as their alma mater’s most admired alum, then make their way to the stage from opposing sides of a banquet hall, clearly surprised to see the other one there. But the biggest surprise of all comes when the emcee reveals the actual recipient of the night’s most coveted prize.

In an interview with ETOnline.com, Kunis revealed that it was her idea to get Moore involved in the commercial. “It was during my first collaboration meeting with AT&T that we discovered Demi was also a Fairfax High alum,” she said. “I thought it would bring humor and laughs to what was already a great ad. I reached out to her and was so delighted she jumped on board.”

Kunis is no stranger to Super Bowl commercials, having previously been caught orange-handed by Kutcher in a memorable ad for Cheetos that ran during Super Bowl LV. As part of the ad, Shaggy aka Mr. Boombastic offered the power couple an assist on his 2000 hit “It Wasn’t Me,” which you can watch (or rewatch) here.

Press PLAY on the video above, then hit the comments with your thoughts on Kunis and Moore’s unlikely Super Bowl team-up.