When it comes to BDE (that’s Big Downton Energy), there’s no denying that HBO’s The Gilded Age has it in spades. 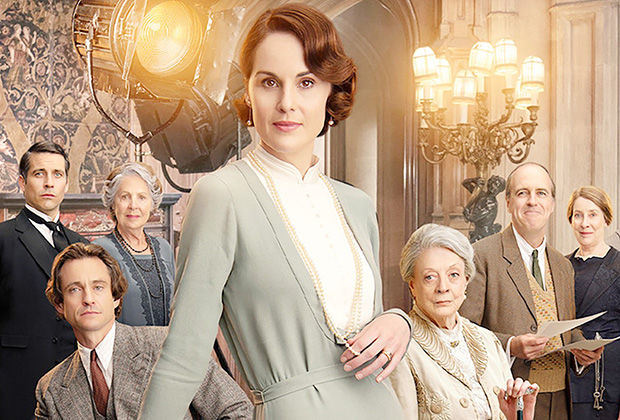 With its sweeping score, near-constant architectural pornography and more upstairs/downstairs drama than you can shake a dinner bell at, the new period drama (premiering tonight at 9/8c) is every bit Downton Abbey‘s spiritual successor. The final dot to connect, of course, is that both series hail from the mind of Julian Fellowes.

So it’s only natural for some fans to wonder about a possible connection between the two shows. Even though the New York-set Gilded Age begins in 1882, three full decades before we’re introduced to the Crawleys across the pond, enough of a backstory is woven into Downton‘s fabric to allow for potential overlap. For example, Elizabeth McGovern’s character was an American heiress who didn’t move to London until 1888, so who’s to say that Cora didn’t spend any time in Manhattan?

To satisfy our curiosity, we took this very question to Gareth Neame — an executive producer on both Gilded and Downton — who confirmed that, while technically possible, a crossover between the worlds isn’t likely.

“[A crossover is] not in the thinking at all,” Neame says. “It’s a separate universe, but they’re both fictions set in the 1880s. Downton Abbey, in its own fiction, was definitely there. A younger version of the Maggie Smith character would be living there, I guess. But it’s not really planned.”

Given how the business operates these days, however, Neame is also a realist, joking (we think) that it “will only take a decade or so for HBO or Universal to say, ‘Great, let’s do a Gilded meets Downton mashup!'” He insists that such a project is “not currently on the slate.”

The Gilded Age stars Carrie Coon and Morgan Specter as a ludicrously wealthy couple looking to join the high ranks of New York’s social elite. But this will prove easier said than done, as the city’s “old money” gatekeepers, including two sisters played by Christine Baranski and Cynthia Nixon, are determined to keep the riffraff at bay.

As for the process of bringing The Gilded Age to the screen, Neame says it’s been “a hell of a journey,” but well worth the wait. “It’s been about 10 years since Julian and I first talked about doing this show, and it came about really because we were overwhelmed by the popularity of Downton Abbey in the United States, what a massive hit it became. It got us thinking of the fact that American audiences tend to think of that historical drama as being very British.”

Because American audiences “tend to not be so familiar with their own history,” Neame says he’s excited for viewers to learn that “there was a whole American aristocracy going on. There was a whole social scene in New York that was inspired by what happened in Europe but totally became its own thing. It’s the Americana of the genre that’s normally thought of as being British and European. I do think a lot of people are going to have their eyes opened to what was a big, pivotal moment of American history.”

Are you planning to check out The Gilded Age? And are you hoping for even a minor Downton connection at some point down the line? Watch the series’ trailer below, then drop a comment with your thoughts.