The catch? Each episode’s guest won’t be privy to the script. “They have no idea what’s about to happen to them,” reads the show’s official description. “Together, the guest star and Terry Seattle will have to improvise their way through the case, but it will be up to each celebrity guest alone to name the killer.”

In the trailer (embedded above), Jeong can’t help but crack up when asked to lay in a body’s outline and keep track of the evidence at the same time. And of course, the guests will be sent deep undercover, as O’Brien tries to play it smooth under the alias of Todd Carrington… berg… son… field.

The series, which is based on BBC3’s Murder in Successville, is written and executive-produced by Krister Johnson (Childrens Hospital, Medical Police). Arnett also serves as an executive producer.

Ready to take a trip to Murderville? Watch the trailer by pressing PLAY above, then let us know your thoughts in the Comments. 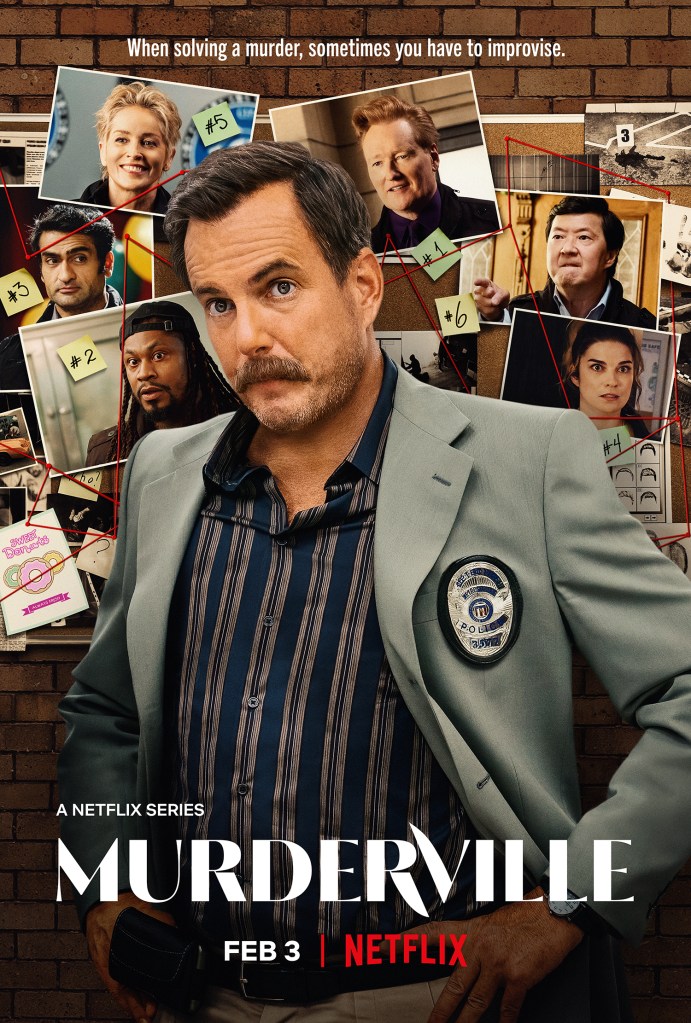