THE PERFORMANCE | One of Yellowjackets‘ many Season 1 splendors was American audiences’ true introduction to Nélisse, who plays teenage Shauna in the mystery drama. In the series’ premiere, Nélisse established her character as incredibly smart yet always willing to stay in the shadow cast by her extroverted best friend Jackie. As such, Nélisse often played scenes where she communicated a lot with a look or a facial expression, but didn’t truly have a chance to voice everything her character was thinking.

In the season finale, however, every thought Shauna had ever entertained about her narcissistic friend came out in one blistering scene, and Nélisse was on fire as it happened. When Jackie outed Shauna as having slept with (and inadvertently been impregnated by) Jackie’s boyfriend, Nélisse dropped Shauna’s gentle nature and launched into some unvarnished, no-holds-barred truth-telling.

We were captivated by how visible the hurt was on the actress’ face as Shauna realized Jackie had read her secret diary, and how Nélisse transformed that hurt into indignation that was so strong, it forced the Yellowjacket to her feet. She reeled off a litany of assumptions Jackie had made about her over the years — her line reading of “I don’t even like soccer!” particularly stung, given the circumstances that led to their plane crash in the wilderness — and then ably pivoted Shauna’s anger to mocking pity. No wonder Jackie was near tears as Shauna, and then the rest of the team, exiled her from the cabin!

Nélisse’s outburst was so believable because we’d seen her play that simmering resentment, lowkey but very present, all season. And we were so impressed by how she wrapped the scene by crying, despite Shauna’s anger, over the enormity of the situation and the degradation of a friendship that (for better or worse) had been part of her life for such a long time. Performances like Nélisse’s are a huge part of why we can’t wait for Season 2. 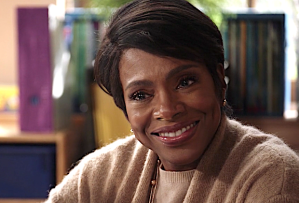 HONORABLE MENTION | The estimable Sheryl Lee Ralph earned herself an A in Tuesday’s Abbott Elementary, ABC’s sparkling gem of a freshman comedy. As Barbara struggled with the “New Tech” that gave the episode its title, her portrayer beautifully balanced the old-school teacher’s resentment of “the latest doohickey” with her upset over feeling inept and her fear of being pushed out of the role at which she knew she excelled. Ralph’s performance wasn’t just poignant, either, it was funny as hell, in particular when Barbara tried to convince young colleague Janine that she was tech-savvy by noting that she had “a Hotmail” and had once ridden in a Tesla. You know what? Forget the A, we’re giving Ralph an A+ and a gold star. 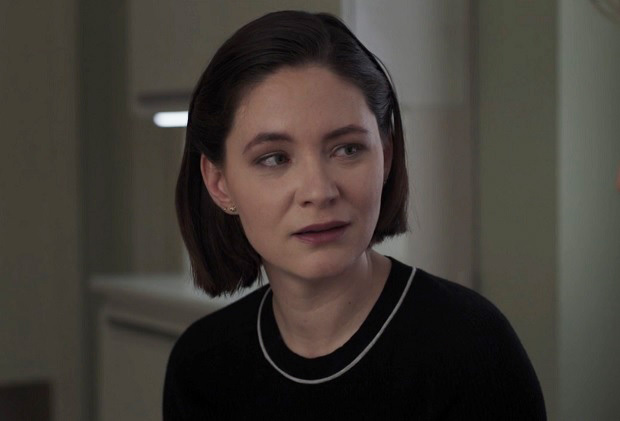 HONORABLE MENTION | Since first interviewing for a job at New Amsterdam‘s hospital, Dr. Elizabeth Wilder has made quite an impression with her spunky attitude and well-earned confidence. This week, actress Sandra Mae Frank — who has seamlessly slipped into the medical drama’s ensemble — also brought emotional pathos and tenderness to her portrayal of the deaf surgeon. When Dr. Wilder and her brother Adam, who struggles with mental illness, finally had an honest conversation about letting each other fly free, Frank poured all of Dr. Wilder’s love for Adam into her tearful eyes and passionate ASL without ever losing her character’s playful spirit. In that achingly sweet brother/sister moment, Frank delivered the type of performance that dares you not to get a lump in your throat. 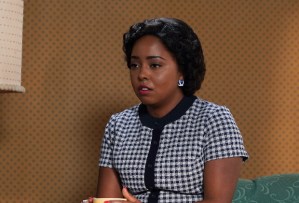 HONORABLE MENTION | Adrienne Warren could have easily delivered a serviceable, tear-soaked performance as Emmett Till’s heartbroken mother Mamie in ABC’s Women of the Movement. Instead, the Quantico alum masterfully ushered us through a gauntlet of emotions in the finale, ranging from open-mouthed astonishment at the convivial vibe at the murder trial for Till’s killers to the debilitating defeat and pain her character suffered after their “not guilty” verdict was read. Warren let the anger build through clinched teeth until it exploded behind closed doors as Mamie tearfully ripped away at her beautifully tailored jacket and dress. With every wrench and wail, Warren signaled the cold realization that no amount of sartorial niceties could have made those 12 white male jurors see Black people as equals worthy of justice.