The Great star Elle Fanning isn’t feeling so great in the first photos from her upcoming Hulu limited series The Girl From Plainville.

Based on the infamous true-crime story and the Esquire article that covered it, Plainville stars Fanning as teen Michelle Carter, who was put on trial for involuntary manslaughter after her boyfriend Conrad Roy III died by suicide. Prosecutors charged Carter with driving Roy to suicide with repeated texts and phone calls encouraging him to take his own life. The case became a media sensation, with wide-ranging debate about how much responsibility Carter had for Roy’s death.

In the photo above, Fanning is nearly unrecognizable as Carter, looking sullen in court and bearing Carter’s dark eyebrows. Chloe Sevigny (We Are Who We Are) and Norbert Leo Butz (Bloodline) costar as Roy’s parents Lynn and Conrad, with Cara Buono (Stranger Things) and Kai Lennox (Unbelievable) as Carter’s parents Gail and David.

Liz Hannah (Mindhunter) and Patrick Macmanus (Dr. Death) are the co-showrunners of the limited series, which is set to debut this spring. Fanning serves as an executive producer as well.

Check out another first-look photo below, with Fanning as Carter followed by cameras outside the courtroom, and then hit the comments and tell us: Does Fanning look the part? 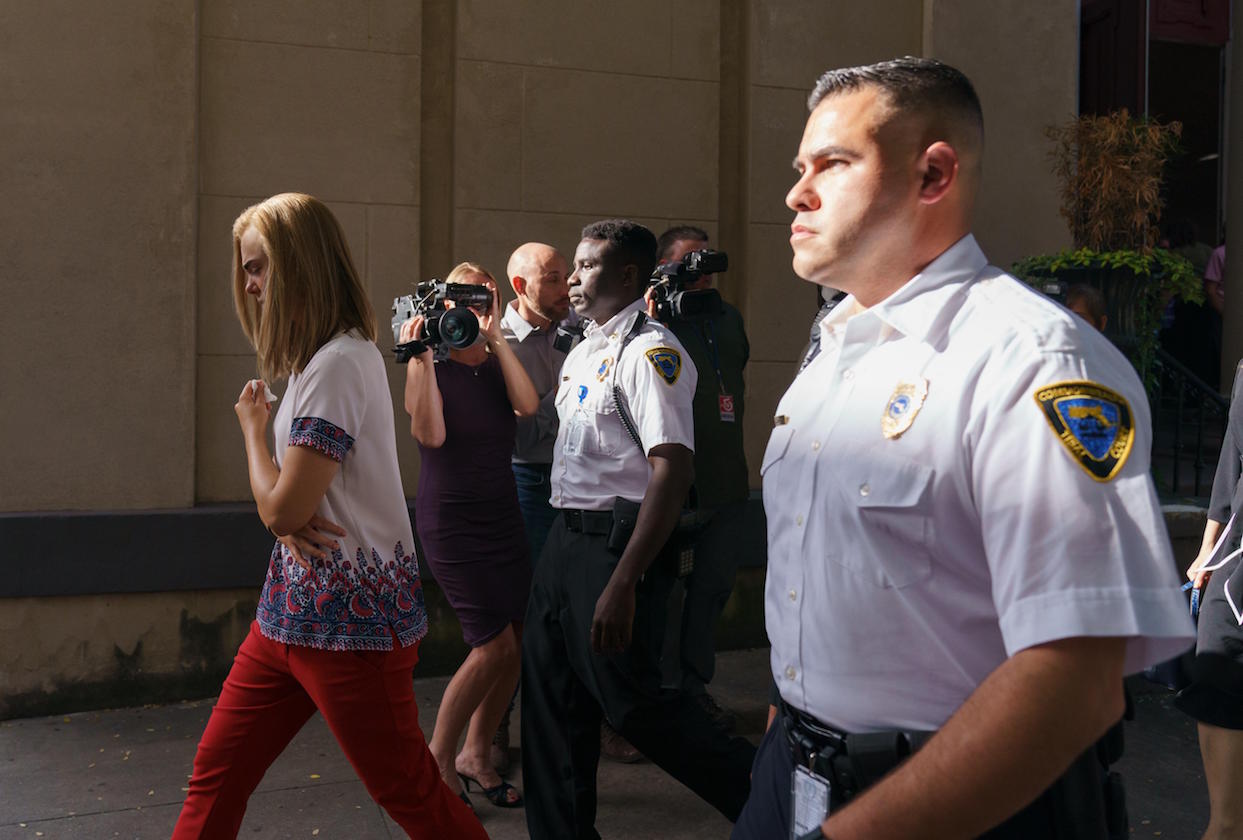