Another spirit is coming out of woodwork — or to be more precise, the vault. In this Thursday’s episode of Ghosts (CBS, 9/8c), Sam, Jay and their non-living pals discover that Hetty’s robber baron husband, Elias (played by Veep‘s Matt Walsh), has been trapped in the estate’s vault since his death.

Now that Elias is free, he’s not thrilled with his wife’s new independent attitude or with the livings in charge of his property. So Elias uses his unusual power to try to ruin the wedding that Sam and Jay are hosting.

Below, star Rebecca Wisocky previews her character Hetty’s unexpected reunion with Elias and raves about her castmate Utkarsh Ambudkar’s turn as Hetty. 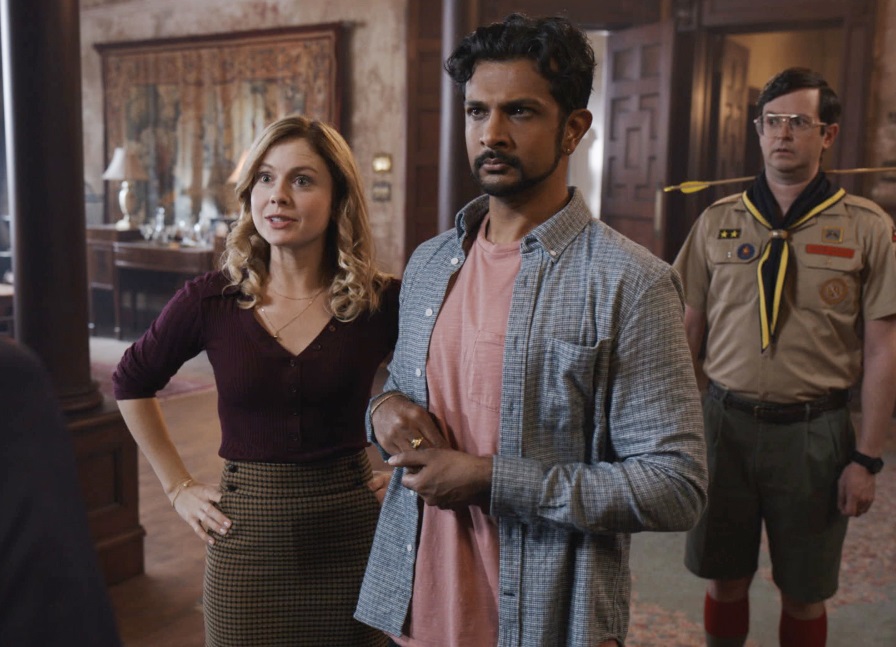 TVLINE | Before we talk about this week’s episode, I wanted to speak to you about “Possession,” because that was such a great episode.
I’m so glad you want to talk to me about that! Any opportunity that I can find to sing Utkarsh Ambudkar’s praises, I will be interested in. He did such a great job. One of the things that was so lovely about that is you got to know more about Hetty and Hetty’s heart than you might have had I actually played the story. There’s a sense of her desperation and her sense of loss that he portrays so beautifully. He’s a musician, and I think that’s one of the reasons he got the music of Hetty so right. He has a real good ear for it, and I was so pleased and so proud of him. I’m just glad that he got the opportunity to do that. He has, you could argue, the most difficult job in the show, not being able to actually ever interact with any of us. So he finally got a chance to run wild.

TVLINE | What was your reaction when you first saw him play Jay as Hetty?
Like everyone else, I thought it was hysterical and creepy and spooky and amazing. He got so much right, and it was truly moving. It was a great compliment to feel like that the character that I have been doing is clear and essential enough that he was able to tap into what makes a funny character also very heartbreaking, and he definitely did that. 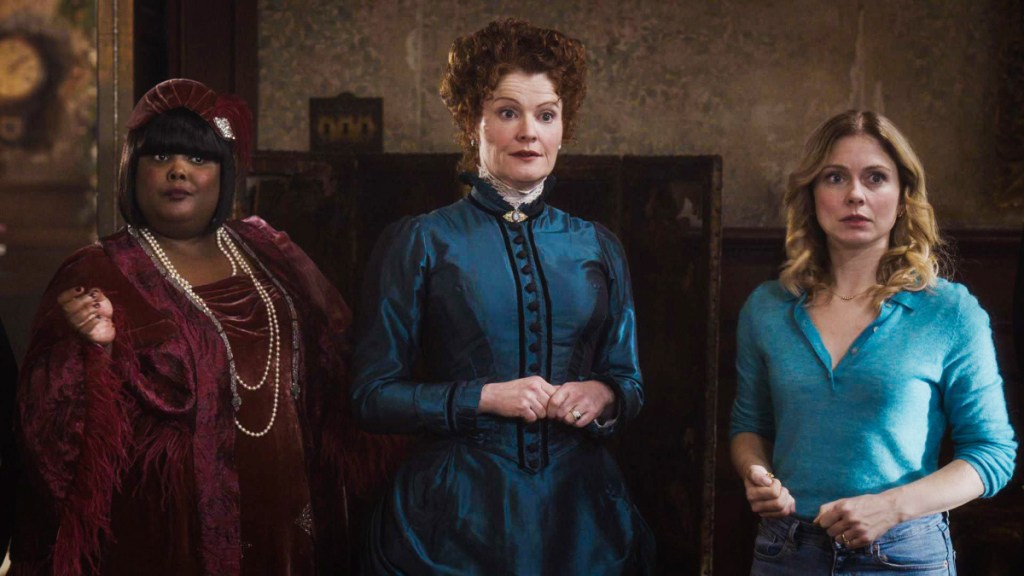 TVLINE | That episode very naturally leads into this next one, because “Possession” is a turning point for Hetty. How would you say that it plays into “The Vault”?
I would argue that even possibly starts a little bit in “Viking’s Funeral,” when Alberta opens Hetty’s eyes to the fact that women should be able to vote. Hetty’s still entrenched in the social class and gender conventions of the late 19th century in America, [which are] very, very restrictive. She wants to change, and yet, she’s not going to change overnight. She takes two steps forward and three steps back. [Alberta] opens her eyes a little bit, and then of course [Hetty] turns around in the next moment and speaks about Irish people not being human beings. She’s full of contradictions. That’s what makes it funny and heartbreaking, because she can’t quite seem to bust out of her cage. And then when she actually has the ability and experience of this carnality, voraciously eating all these things and consuming all these things and going wild with this desire to leave and live, it’s an incredibly cathartic body experience. She has been really physically inhabiting her body for over 130 years. It set something free and loose in her that now will not go back into the bottle.

But there’s such pathos and such tragedy when you realize that, no, it’s too late, and she’ll never leave, she’ll never cross that gate. I love the scene so much at the end of the episode where she turns to Sam and almost realizes in the moment that her descendant, Sam, has the capacity to not let her life slip by. She has the capacity to live without regret, to do things, to change, to be an empowered woman, and she wishes those things for Sam. That’s the beginning of a lovely surrogate mother-daughter relationship between Samantha and Hetty that you, of course, see more of in the “Sam’s Mom” episode. Sam’s mom ascends, and she realizes that she no longer has a withholding, judgmental but loving mother type, but of course, there’s been one there all along in the form of Hetty. 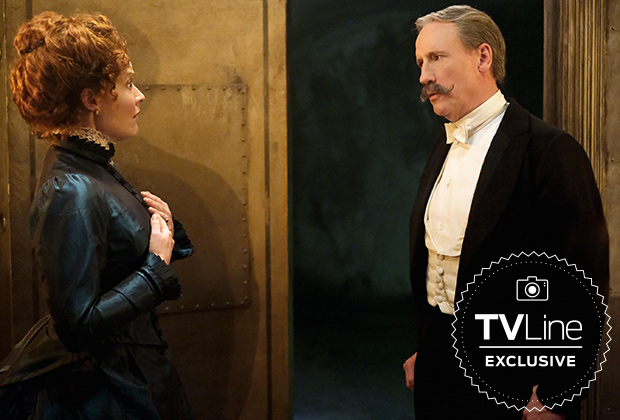 TVLINE | How does that awakening that Hetty is going through impact her reunion with her husband?
Hetty’s probably not aware of all the ways in which she’s evolved until she sees her husband again for the first time after 130 years, and there’s lots of conflict there. She’s terrified of her husband and heartbroken all over again, but also feels that she’s grown, and feels strident and capable of standing up to him. By the end of the episode, of course, she stands up to him in a way that, I won’t give you any spoilers, but it’s pretty explosive what ends up happening, and it changes the world for the ghosts and for the potential of what can happen in our world forever for the ghosts.

TVLINE | Without giving it away, what can you hint about Elias’ power and what it means for the ghosts, and Sam and Jay?
[Laughs] It’s a very, very unique, intoxicating power. He was very alluring and powerful and dangerous when he was alive, and very selfish, and his power is the embodiment of that. He throws a wrench into the works. He does not at all like that there is a living lady of the house that has any power, any voice at all. He doesn’t like that Jay and Sam are about to finally, finally begin the opening of their B&B, and he wants to put an end to all of it.

TVLINE | Executive producers Joe Port and Joe Wiseman told me how lucky it was that they were able to get Matt Walsh to play this role because he happened to look like the painting that we saw earlier in the season.
Not only did he look nearly exactly like the painting — he wears that mustache so well! — but it’s so funny that we look like we could be related, and he is of course Hetty’s husband/first cousin, which we got a big kick out of the humor there. When I found out he was coming on to play the role, I jumped up and down. I was so excited, and we really had a lot of fun.

TVLINE | Are there more ghosts that are going to be unearthed somewhere in the shadows of the estate?
Oh, most definitely. You can count on it. But our core group of ghosts will remain the core family.

TVLINE | I’m surprised that, at this point, the ghosts that we know haven’t found them all.
Well, there’s an interesting twist, and again, I don’t want to spoil anything. Some of us have been around for thousands of years. Thor and Sasappis have been around the longest. I’ve been around for over 130 years. Just because we’re not actively talking about stuff, doesn’t mean it hasn’t happened.