Just when we thought we’d seen the last of Kal-El’s troublemaking brother, Tal-Rho returned on Tuesday’s Superman & Lois to lend a surprisingly helping hand — and he wasn’t the only family member we reunited with this week. 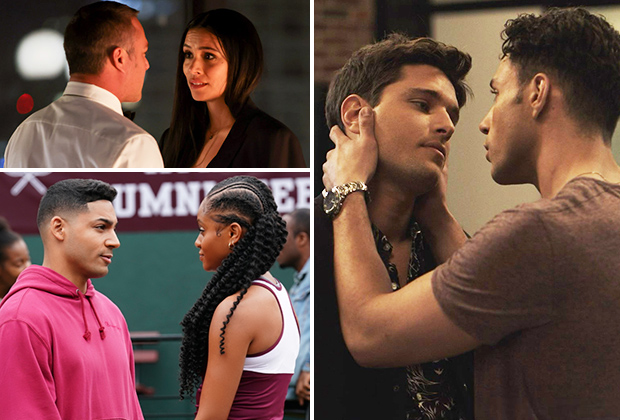 Still plagued by visions of destruction, Kal-El sought answers from his imprisoned brother, who in turn suggested that they consult the hologram of their mother Lara Lor-Van (played by Mariana Klaveno of Devious Maids and True Blood fame). Lara was overjoyed to see her sons together, but while she insisted that it was Zeta-Rho who kept them apart, Tal-Rho doubled down on his feelings of rejection. He also attempted to break free, nearly killing Jordan in the process, but Lara was able to talk him into releasing his nephew — which is all the proof she needs that there’s still good in him. Somewhere. Deep down.

Lara also explained to Clark that his visions are being sent to him through interdimensional kinesthesis, triggered by an invasive cosmological event. In dumb-dumb talk, it means that whatever’s happening to him is being caused by an outside force. And with an assist from Lois and John, he deduced that the force in question is the same powerful “something” that’s lurking beneath the mines.

Elsewhere in the hour, Lois recalled saving Lucy from a suicide attempt back when her sister was apparently involved in a cult; Daniel dropped out of the mayoral race, prompting Lana to consider running in his place; and Sarah admitted to Jordan that she kissed some girl named Aubrey while she was away at summer camp. (Looks like we were right to worry about those two. Now, who wants to bet that Sarah and Natalie get together next?)

Below, Adam Rayner discusses Tal-Rho’s surprise return (including his off-screen connection to Klaveno):

TVLINE | I have to say, I wasn’t expecting to see Tal-Rho again after last season.
[Laughs] Yeah, I know, me too. It’s been a nice surprise to come back.

TVLINE | Fill us in on the last three months. What’s he been up to in that prison?
Well, it’s a wonderful set. I love what they put in there. They gave him a large collection of books, so I imagine he’s been doing quite a bit of reading, pondering advanced Kryptonian problems. He’s also plotting his comeback in some way, wondering how he might manipulate things to his advantage. His spirit has not been crushed, so he certainly will be planning things even if he can’t quite put them into action yet.

TVLINE | With Zeta-Rho out of the picture, Tal-Rho seems a little cheekier with his brother, like their relationship is lighter. Do you feel that?
Yes, I noticed that. Everything’s been stripped away — the weight of this huge mission, this destiny that Tal felt before, he’s been relieved of that now. So he still has a spiky personality, but he’s not carrying this terrible burden, the hopes of an entire civilization. He is a bit more relaxed. The writing suggests that beautifully. 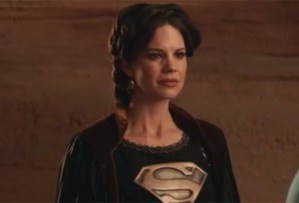 TVLINE | Things between Tal and Lara, however, were extremely heavy.
Well, you have to have some sympathy for him. He had this terrible father, and he still feels rejected by his mother. He’s a mess, emotionally, so it’s no wonder he’s turned into a slightly psychotic character. But it’s a cathartic experience. He gets a lot of his chest. He says what he needs to say to her, and perhaps that means they can have a relationship in the future.

TVLINE | Does he really not believe her, or is he just too committed to the story in his head?
Like anyone who feels deeply rejected, it’s going to take a while to convince him that he is loved. He’s a very complicated character, psychologically. To let anyone express warmth towards him would be quite difficult, because he’s had such a harsh upbringing. That need is definitely in there, both for his mother and his brother. Over time, we might see a thawing of the ice, so to speak.

TVLINE | And for someone so strong, he’s easily rattled.
It’s lovely to play. The most interesting characters are always conflicted. The ones who present one way but are actually something else underneath, and he’s got tons of that.

TVLINE | Correct me if I’m wrong, but this isn’t the first time you’ve worked with Mariana Klaveno, right?
[Laughs] You’re right. We played brother and sister, believe it or not, about 10 years ago on a short-lived show called Undercovers. It’s just one of those strange quirks of the business that we’re now thrown together as mother and son 10 years later. The ages of these holograms are always a little off. She couldn’t even remotely be my mom in real life — I think she’s actually a few years younger than me.

TVLINE | Lara believes there’s still good in Tal-Rho. Do you agree?
I think there is. But he can be bad or good, depending on what’s happening around him and what he’s motivated to achieve. I don’t think there’s a definitive answer to that. He has the potential to help his brother, maybe even do noble things. But he always comes back to self-interest. He always has an agenda.

TVLINE | He also doesn’t necessarily view himself as a villain.
Right, he doesn’t think he’s done anything wrong. I think there’s possibly a mea culpa coming up about some of his behavior, but he stands by his agenda and what he was trying to achieve. He certainly doesn’t look in the mirror and see a bad guy.

TVLINE | What’s going through Tal’s mind when Superman leaves him at the end?
He’s thinking about, even if he can’t admit it to himself, whether he’s made the right choices in his life. He’s thinking about what he could do going forward. The problem is, he can’t completely reject his brother, and his brother can’t completely reject him. They’re bound to one another, and they can’t release that.

Your thoughts on this week’s Superman & Lois? Any new theories about the mysterious Big Bad? Drop ’em all in a comment below.