Did Martin Luther King, Jr., know he was going to be killed? This is the question the Peabody Award-winning film MLK: The Assassination Tapes posits as it intently illuminates the days surrounding the civil rights leader’s murder in 1968, thanks to footage professors from the University of Memphis prophetically collected days before and after he was slain.

Here are 16 programs, including the aforementioned Smithsonian Channel offering, to keep on your radar this Monday, Jan. 17; all times are Eastern.

Fight the Power: The Movements That Changed America
(2 pm, History Channel)
From Kareem Abdul-Jabbar, this 2021 documentary offers a look at the impact key movements throughout U.S. history have had in shaping the society, laws and culture.

Rise Up: The Movement That Changed America
(3 pm, History Channel)
The key battles in the civil rights movement are explored in this 2018 documentary, as is what it took to translate protest into real legislative change.

BlacKKKLansman
(5 pm, FX)
Based on actual events, this 2018 feature film (an Oscar winner for adapted screenplay) follows Ron Stallworth (played by John David Washington), an African American police officer from Colorado Springs who manages to infiltrate the local Ku Klux Klan branch with the help of a Jewish surrogate (played by Adam Driver), who eventually becomes its leader.

American Revolution 2
(8 pm, TCM)
This 1969 documentary explores police violence at the 1968 Democratic convention in Chicago, and the response to those events and those times among Lincoln Park liberals, Black Panthers, and the Young Patriots (an organization of impoverished Appalachian whites).

MLK: The Assassination Tapes
(8 pm, Smithsonian Channel)
When the Rev. Dr. Martin Luther King, Jr. was gunned down on the balcony of a hotel in Memphis, it was all caught on film and tape. This 2012 documentary chronologically tracks a remarkable collection of rediscovered footage to revisit one of the most shocking assassinations in America. “It was an honor to go through all that footage,” says MLK: The Assassination Tapes 1895 Films filmmaker Tom Jennings, “and reassemble those moments from his life in a way that feels brand new.”

Smithsonian Time Capsule: 1968
(9 pm, Smithsonian Channel)
This episode of the series examines artifacts from 1968 that are on on display at various Smithsonian museums, shedding light on the events of that year.

The Murder of Fred Hampton
(10 pm, TCM)
This 1971 docu explores the life of the Illinois chapter of the Black Panther Party leader, who was killed in his sleep in 1969 by Chicago police. 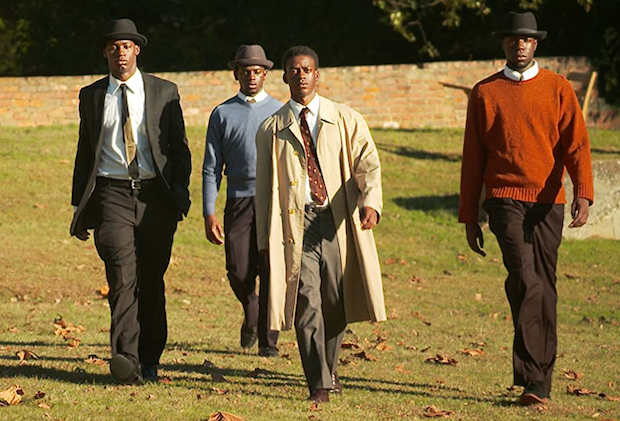 Counter Histories: Rock Hill
(streaming on Prime Video)
In 1961, segregation was alive and well in the South, while revolution was happening around the world. This 2016 documentary revisits a small town in South Carolina, where a group of students — known as the Friendship Nine — stood up to inequality by sitting down in protest at the local “whites only” lunch counter, and demanding service.

Betty and Coretta
(streaming on Prime Video)
Mary J. Blige and Angela Bassett headlined this 2013 TV-movie about the widows of Martin Luther King, Jr. and Malcolm X, and how they carried on as single mothers after the assassination of their husbands.

I Am Not Your Negro
(streaming on Netflix)
Raoul Peck’s Oscar-nominated 2016 documentary is described as “a radical, up-to-the-minute examination of race in America,” using writer/theorist/cultural critic James Baldwin’s original words and an abundance of rich, archival material. 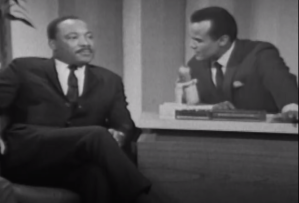 The Sit-In: Harry Belafonte Hosts The Tonight Show
(streaming on Peacock)
In February 1968, entertainer and activist Harry Belafonte took over The Tonight Show for one historic week. This 2020 documentary revisits how that week introduced a fractured, changing country to itself alongside legendary guests Aretha Franklin and the Rev. Dr. Martin Luther King, Jr.

Use of Force: The Policing of Black America
(streaming on Peacock)
As reports of fatal police violence continue to flood the headlines, this brand-new documentary — narrated by hip-hop legend and producer Chuck D — shines a light on not only the circumstances of these cases but how to improve the system as a whole and heal the communities they impact. Cary Grant Jr. wrote and directed. 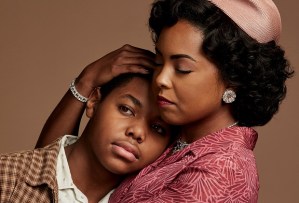 ‘Women of the Movement’

Women of the Movement
(Hulu, first 4 of 6 episodes now streaming)
Whistling at a white woman. This is the crime 14-year-old Emmett Till supposedly committed when a group of white men snatched him out of his uncle’s home in Money, Mississippi in the middle of the night and tortured and murdered him. A heartbreaking but necessary watch, ABC’s limited series captures how Till’s 1955 lynching inspired his mother Mamie Till (Quantico’s Adrienne Warren) to fight back while galvanizing the civil rights movement.