THE PERFORMANCE | In the finale of Dexter: New Blood, viewers finally got to say a proper goodbye to the brutal, yet beloved serial killer, and (MAJOR SPOILERS AHEAD!) the character’s swan song was only made possible thanks to Hall’s master class of a performance.

The frantic hour gave Hall the freedom to flex both ends of his character’s spectrum, from “Jim Lindsay’s” feigned shock at Angela’s ace policework, to Dexter’s most evil tendencies that emerged after he was arrested for murder. Once the reality of being outed as the Bay Harbor Butcher sank in, he was forced to rely on his most cunning talents, which unfortunately led to the tragic-but-necessary death of Sgt. Logan.

Hall owned every iota of Dexter’s monstrous nature, including his ability to overlook his broken code with ease. After playing the tortured killer for nine seasons, Hall has perfected the art of swift demeanor changes. His fiery, angry eyes spoke volumes, as did his towering presence and body language. And when it came time to pack an emotional punch, the actor was more than up for the challenge, with his jailbreak serving as the appetizer to the episode’s main course: his final confrontation with son Harrison.

After the teen pieced together that Dexter had shed his code and offed Logan to escape, father and son riding off into the sunset was no longer an option. During the complex and heavy scene, Hall juggled his character’s feelings of panic, determination, fear, and most surprisingly, love. Harrison had seen his dad for the monster he really was, and just moments before the boy shot and killed him, the titular bad guy told us via voiceover: “I never really felt love. Real love… until now.” Even though his end was inevitable, the acceptance strewn across Hall’s face was heartbreaking, yes, but also beautiful to witness.

Were we happy to see the malicious killer finally taken down, or did we feel inclined to mourn the loss of one of Peak TV’s most compelling and richest antiheroes? Perhaps it was a little of both. But thanks to Hall’s terrific return, we won’t soon forget Dexter’s brazen blaze of glory. It’s the ending that we — and he — truly deserved. 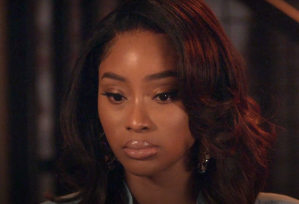 HONORABLE MENTION | As Queens‘ say-anything Lauren, aka Lil Muffin, Pepi Sonuga often provides the music drama’s comic relief. But this week’s episode, in which Lauren admitted that she’d been the victim of an assault by a male music producer years before, found Sonuga on new ground with the character — and we loved what we saw. Sonuga showed off her range as Lauren was, in turns, resigned, resentful, ashamed and hurt by the way the industry professional had taken advantage of her. The part that hit hardest? When Sonuga had Lauren whisper through bitter tears that the hardest aspect of her ordeal was reconciling her inclination to protect her attacker. It was a tough scene, incredibly well played. 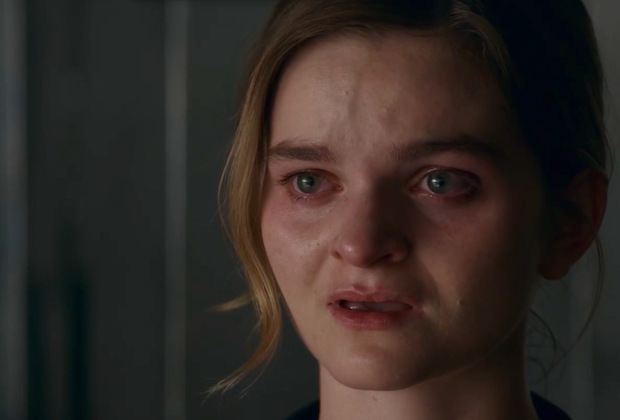 HONORABLE MENTION | Bridget Donovan’s tragedy was Kerris Dorsey‘s triumph in Ray Donovan: The Movie. In the wake of her hubby Smitty’s Season 7 murder, Bridget drew a long overdue line in the sand with her criminally inclined pa and his complicit siblings, giving Dorsey her strongest showcase to date. With the actress’ tear-soaked eyes conveying a mix of anguish and exhaustion, Bridget interrupted their booze-fueled revelry with a simple question: “Why is it so easy for you to forget?” When she accused them of treating her unthinkable loss as a mishap they can simply “drink away as if someone’s life is just another bulls—t story to tell” Dorsey’s face filled with rage. In the end, Bridget put an end to her family’s endless cycle of callousness by killing the madman in the middle of it all, her grandfather Mickey. “It had to stop,” she weeped, Dorsey layering each word with the conviction of a performer twice her age. “It had to end.” 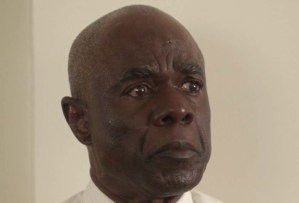 HONORABLE MENTION | Glynn Turman‘s resemblance to Mose Wright, Emmett Till’s uncle, is uncanny. However, the consummate actor doesn’t rest on his likeness in ABC’s limited series Women of the Movement, which deconstructs how Till’s brutal and senseless 1955 lynching galvanized the Civil rights movement. Turman convinced us he’s a man with 60-plus years of racial oppression resting on his hunched shoulders the way he averted his character’s eyes, mumbled, and fully compressed himself with deference to white people of all ages in order to survive. Wright’s self-preservation took a backseat when he became the first Black man in Mississippi to testify against white men. His portrayer brought this unflinching act of bravery to life with a slightly shaky but ever-determined pointed finger and enough volcanic contempt to slap a witness stand rail in frustration. With these gestures, Turman powerfully personified how the well-intentioned elder couldn’t save Till’s life, but he was willing to risk his own to get justice.