When Batwoman returns with an all-new episode this Wednesday (airing at 9/8c on The CW), the Arrowverse series will introduce Regan’s take on the iconic villain through flashbacks as Renee Montoya (played by Victoria Cartagena) relives her past.

See exclusive photos of Pam Isley from the episode below.

When it comes to Ivy’s look in the CW show, Regan had one specific request for her green, plant-inspired garbs: She wanted everything to be long. “I wanted long hair, long nails, long lashes just like she’s growing — she is a plant,” the actress tells TVLine.

Regan jumped at the chance to play the fan-favorite character and did her due diligence by absorbing as much as she could of Ivy’s extensive history throughout Batman lore. Taking those previous performances — which include Uma Thurman in the 1997 film Batman & Robin and Lake Bell in HBO Max’s animated Harley Quinn series — into account, Regan zeroed in on Ivy’s unparalleled devotion to plants.

“I based everything on [the] idea that plants are better than people, and that was it,” Regan shares. “I was really drawn to her mission. I was drawn to this metamorphosis that she’s gone through — her extreme commitment to that mission, how radicalized she is, how passionate she is.”

According to Regan, the Ivy that we’ll meet also has a “real internal conflict with her love life.” 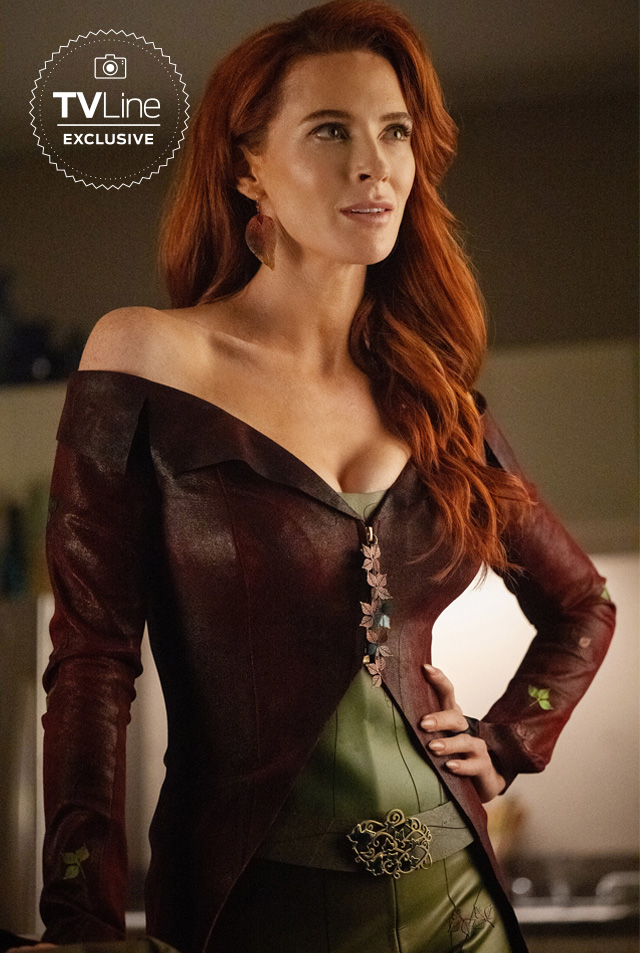 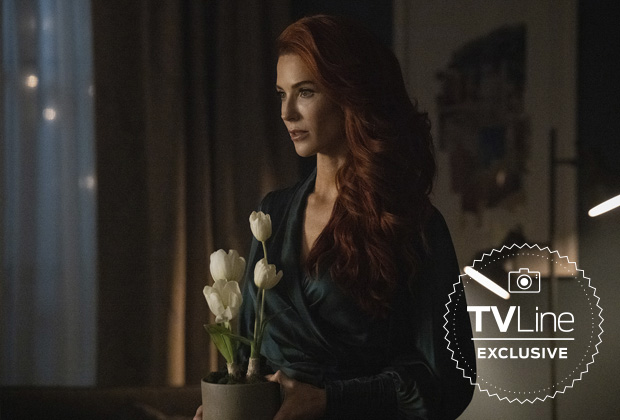 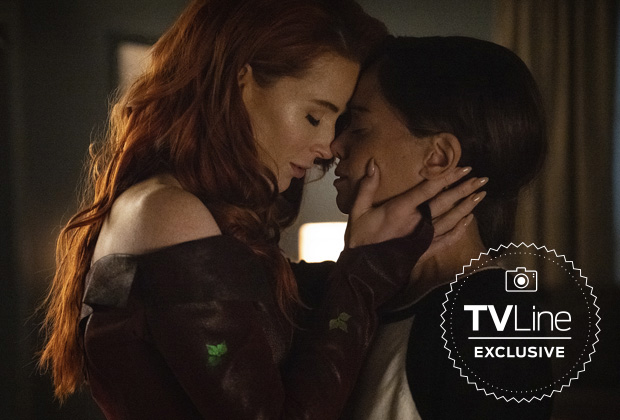 Wednesday’s midseason premiere will see Mary and Alice continue their sisterly bonding while Ryan, Luke and Sophie desperately try to stop them. That won’t be an easy task, considering Mary has now embraced her newfound power as a new iteration of Poison Ivy after being scratched by one of Isley’s vines.

“She’s at her full force in this episode,” Nicole Kang, who plays Mary, teases. “It is the beginning of where the road diverges [from] ‘Poor Mary’ to ‘Oh, no! What are you doing? What are you becoming?’”

Mary might be relishing in her new Ivy persona, but that bad-girl bravado is powered by deep hurt at feeling underestimated by her friends. “I think there’s always a part of her that absolutely misses them, but I think that heartbreak is apparent every time that she interacts with them,” Kang explains. “Because she cares so much, it’s why this conflict continues, and this fire really burns so bright.”

If Mary ever decides to return to her old self, Kang says she’ll have to “reckon with all of the wreckage that she’s created.”