Sendhil Ramamurthy is bringing his heroic charm to Good Sam.

TVLine can exclusively reveal that Ramamurthy, whose previous TV credits include Heroes, Never Have I Ever and Covert Affairs, will appear on CBS’ freshman medical drama in the recurring role of Asher Pyne, Vivian’s (Wendy Crewson) new spouse who is also a licensed therapist. Asher is described as “intelligent, serene and centered” as well as “self-possessed with a sense of humor.”

Pyne will help Vivian navigate the fresh conflict between her daughter, Dr. Sam Griffith (played by Sophia Bush), and ex-husband Dr. Rob “Griff” Griffith (Jason Isaacs) — which won’t been easy, since Sam “called it” as Griff’s daughter in the series premiere, and is only agreeing to work with him on a professional level. See more photos of Ramamurthy as Asher Pyne down below.

Ramamurthy’s first appearance will be in Episode 3, airing Wednesday, Jan. 19 at 10/9c. That hour will be directed by Gina Rodriguez, reuniting Rodriguez with Jane the Virgin creator Jennie Snyder Urman, who serves as executive producer on the CBS drama.

Good Sam follows Sam, a gifted heart surgeon who thrived in her new leadership role as the chief of surgery after Griff, her boss who is also a renowned doctor, fell into a coma. Now that Griff has woken up, months later, demanding to resume his duties, Sam grapples with surviving an egotistical expert who never acknowledged her talent — and who also happens to be her father. 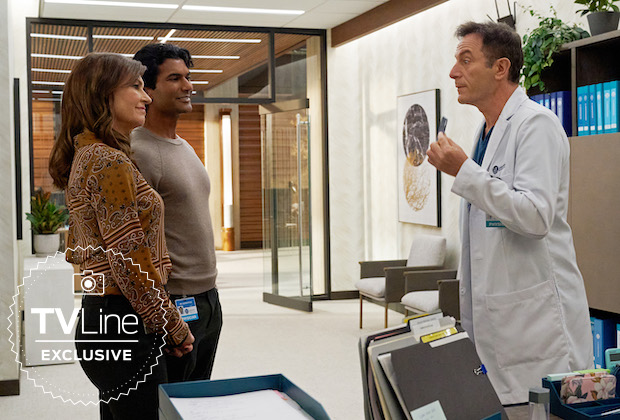 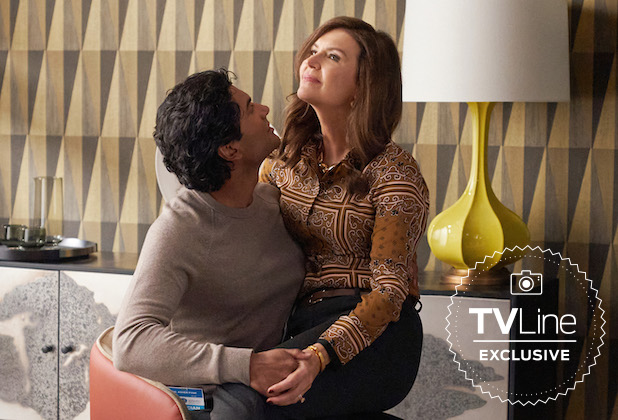 How do you feel about Ramamurthy joining the cast? Can he help Sam and Griff, or is their relationship beyond repair? Let us know your thoughts in the comments. And if you want scoop on Good Sam, email InsideLine@tvline.com — and maybe your Q will be answered via Matt’s Inside Line!