During Miley’s New Year’s Eve Party Hosted by Miley Cyrus and Pete Davidson, Cyrus was delivering her second performance of the year 2022, “Party in the USA,” when during a fireworks interlude her slight, shimmery top apparently lost its straps.

When the camera was back on her, Cyrus attempted to carry on but realized she could not keep herself covered with the smidgen of fabric, so she turned around, let it fall, and then headed backstage for a wardrobe change. 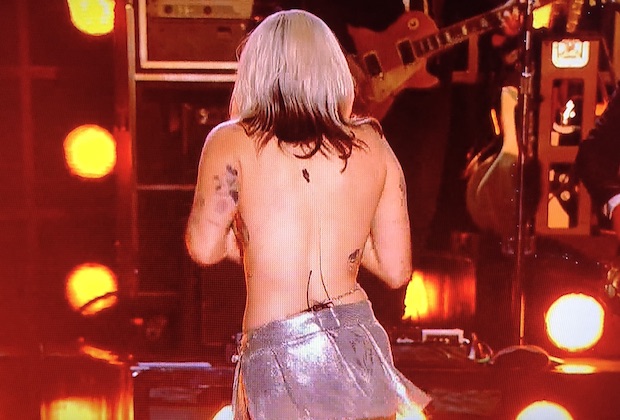 The backup singers kept the song going, and Cyrus about a minute later returned wearing a large red blazer atop her shimmery skirt — with nothing underneath.

Rebounding from that (first) wardrobe malfunction, Cyrus quipped mid-lyric, “Everybody’s definitely looking at me now!” She then added that the oversized red blazer represented “the most clothes I’ve ever worn on-stage.”

Cyrus, though, was not out of the woods just yet.

At the song’s conclusion, as Saweetie (who had joined in for the final stanzas) motioned for Cyrus to leave the stage, Cyrus turned in a way that let her blazer flap open, revealing her right breast and nipple (starred-out in our screenshot below.) 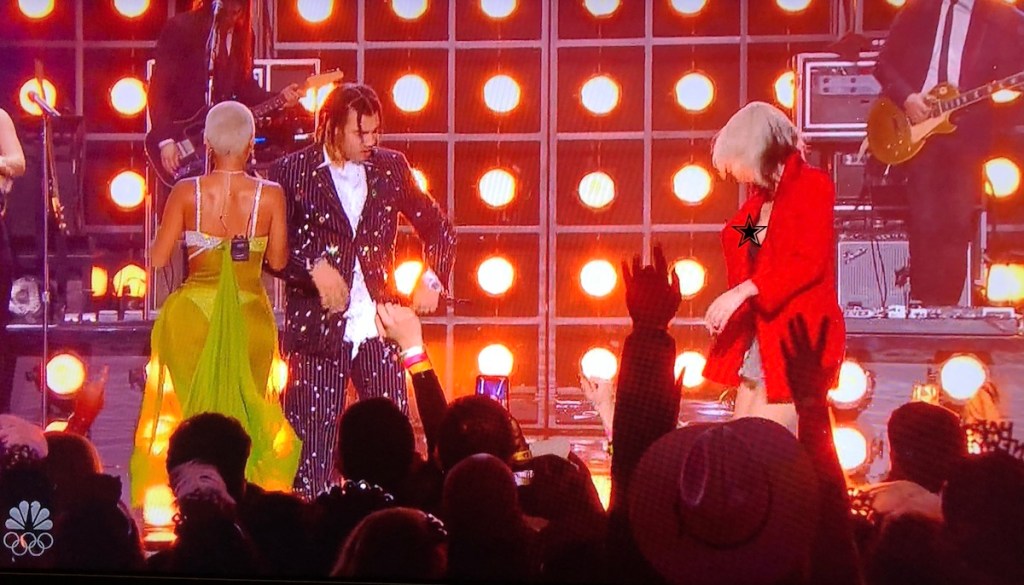 NBC has no comment on the incident, while sources tell TVLine the production team found Cyrus to be a consummate professional who “kept the show going and didn’t miss a beat.”

Were you watching Cyrus’ closing performance on Miley’s New Year’s Eve Party Hosted by Miley Cyrus and Pete Davidson, and feared such a thing would happen?