The fate of the Valley all comes down to this.

In the Season 4 premiere of Cobra Kai (all 10 episodes are now available to stream on Netflix), partnerships are made (and almost broken) as the dojos prep to take home the trophy in the next All Valley Karate Tournament. But while Miyagi-Do and Eagle Fang’s intentions are admirable, Johnny and Daniel’s budding alliance may be too good to be true. Will the senseis be able to stick it out for the good of the kids, and where do all of these shifting allegiances leave Robby? Read on for a full recap of “Let’s Begin.”

In the very first scene of Season 4, Karate Kid Part III villain Terry Silver is tickling the ivories (like a damn maestro, might I add), when his phone rings. It’s Kreese… and he promptly hangs up on him.

A new era has sprung at Miyagi-Do, where old rivalries don’t need to last forever, according to Daniel. With the tournament just a few months away, the stakes are higher than they’ve ever been, as the newly merged dojos prepare for battle. But it’s clear from the jump that Daniel and Johnny’s ideologies couldn’t be any more different. While Daniel is once again teaching wax-on, wax-off, Johnny tells his “maggots” that “the best defense is more offense.” (Classic Johnny.)

While Johnny lets the kids practice leg sweeps on Hawk (sorry, Hawk, you kind of deserve that), Daniel teaches breathing techniques. But as Johnny’s loud obscenities irk Daniel, we see the tension already rising between the karate masters. Additionally, not all of the students are accepting of Hawk’s return. Even Daniel loses his patience with him, telling him he burned bridges with almost everyone there, which causes Hawk to storm off in frustration. It’s clear this is not one happy family, despite Sam and Miguel’s efforts to keep everyone together. 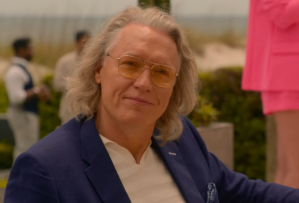 Over at Cobra Kai, Tory can’t get her fight with Sam out of her head. When Robby shows his face, he makes it clear he’s not joining the villainous dojo. He doesn’t want to be a pawn in the conflict between Kreese and Johnny, which really just serves as a starting point for Kreese to begin his inevitable brainwashing.

Kreese crashes a party at Silver’s house, and tells his former ally that he wants “to finish what we started.” Silver seems pretty content to chill at his beachside mansion, so of course Kreese brings up Vietnam. The disrespect they were shown as veterans is why they started Cobra Kai in the first place, and Kreese wants to continue to teach the next generation. He also tells Silver that Johnny and Daniel have teamed up, which flabbergasts Silver. “I need a partner and the only other person who knows how to teach Cobra Kai is you,” Kreese says. But Silver turns him down, stating that he can’t believe he spent months terrorizing a teenager over a karate tournament. But after the ’80s ended, he gave up the nose candy, got some therapy and straightened himself out. For now, it’s a no for Silver, but we all know that’s bound to change.

Daniel visits Johnny to apologize for them getting off on the wrong foot, and since he brought beer, the two have a sit down. For the sake of the students, Daniel wants Johnny to officially join Miyagi-Do, so they can all be on the same page. But Johnny doesn’t want to give up the Eagle Fang name, leading Daniel to wonder how their deal is ever going to work. “It’s not,” Johnny says with sadness. They agree to tell the kids they’re splitting up. 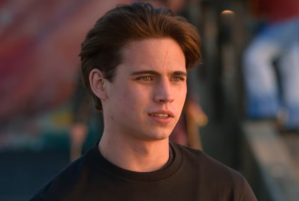 When Robby finally suits up at Cobra Kai, the rest of the dojo is immediately standoffish. He says if any one of them can land a hit on him, he’ll bounce. Most of them fail, thanks to Robby’s use of Miyagi-Do defense, but Tory finally lands a kick straight to his face. When Robby tries to walk, she tells him to stay. Robby gives the Cobras a pep talk, saying that to defeat the enemy, it helps to know the enemy’s playbook. And he’s going to teach them the art of Miyagi-Do.

When Johnny and Daniel go to break the news to the kids, Hawk is battering the fence with a mallet. He and the rest of the students are building an Okinawan sparring deck. Johnny and Daniel give each other proud looks, and tell the kids they approve.

In the last shot of the episode, Silver roundhouse kicks a bottle of wine in his basement. Looks like the guy’s still got some moves after all.

Thoughts on the Season 4 premiere? Grade the episode, then drop ’em in the Comments below.