New Amsterdam‘s Max and Helen took a big risk moving their lives to London — but will it pay off for their relationship?

Although Max was seemingly hesitant about leaving New York and the hospital under the charge of Dr. Veronica Fuentes and her profit-fueled agenda, showrunner David Schulner assures us that his girlfriend Helen Sharpe isn’t concerned about his level of commitment to her. Instead, “her worry is that if Max is unhappy in London, it’ll be on her,” Schulner explains. “That’s a heavy toll to have someone and their young child move to a different country for you. It’s not to say that there won’t be challenges along the way for Max and Sharpe, but they’re challenges that any relationship faces and any strong couple can weather.”

When the series returns with a new episode on Tuesday, Jan. 4 (NBC, 10/9c), Max and Helen will be fully immersed in their new life in London, with Helen working as medical director at her former clinic as part of the National Health Service. Max, meanwhile, is still awaiting his license to practice medicine in the UK. “So how does someone whose sole purpose is helping people help people without being licensed?” Schulner posits. “That’s the fun of the first few episodes for us is showing Max trying to find his footing.” 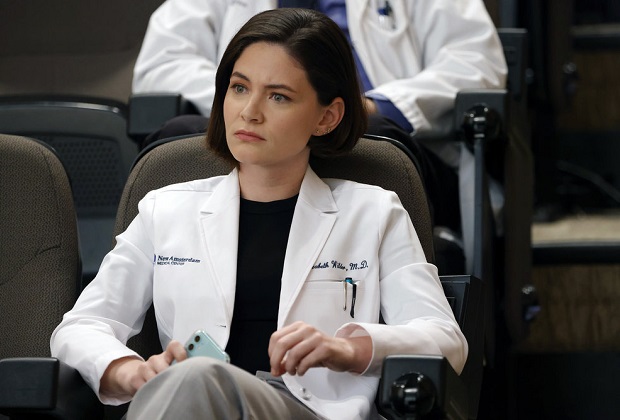 Back at New Amsterdam hospital, Lauren, Floyd, Iggy and the rest of the staff are “suffering under [Veronica’s] regime,” Schulner previews. “Max and Sharpe have left them at the worst possible moment. Veronica has become more Veronica… And with Max gone, there’s no one to lead the charge against her until Dr. Wilder steps up and forms an underground resistance.”

In following the docs at work in both New York and London, the series will expand its scope “to explore two different health care systems — one socialized, basically a human right, and the other the U.S. model, which is capitalistic and infuriating for much of the population,” Schulner shares.

Moving half of the action abroad also allows the show to dig deeper into Helen on a personal level. “She has some big unresolved issues with her mom, no doubt about it,” Schulner says. “That’s one of the great things about going to London is being able to integrate Sharpe’s mother and [her niece] Mina. We’re really excited about these new kind of stories that London opens up for us.”