‘s Villanelle is making another bold fashion statement… and an even bolder statement about her newfound faith.

As part of our 2022 First Look Series, TVLine has an exclusive sneak peek at the BBC America thriller’s upcoming fourth and final season (premiering Sunday, Feb. 27 at 8/7c), and in it, we see Jodie Comer’s effortlessly chic killer-for-hire looking surprisingly dowdy in a rumpled tie-dye T-shirt. What’s more, as you can see in the full version of the photo below, her shirt has the motto “What Would Jesus Do?” emblazoned on it — an odd choice for a woman who’s certainly broken the “Thou shalt not kill” thing a few dozen times.

Villanelle’s far-away expression here is sort of hard to read, too. Is she honestly giving religion a fair shake, or is she just playing along to get closer to her latest target? More photos from Season 4 also find Villanelle in a spiritual setting, so it seems to be a major theme in the final season. All we know is we’re praying for some resolution to her relationship with Sandra Oh’s Eve before the series draws to a close.

“After the emotional climax of Season 3, Eve, Villanelle and Carolyn are in very different places,” according to the official description. “Following Eve and Villanelle’s exchange on the bridge, Eve is on a revenge mission, while Villanelle has found a brand-new community in an attempt to prove she’s not a ‘monster.’ Having killed Paul, Carolyn goes to extraordinary lengths to continue to chase down The Twelve and the person that ordered Kenny’s hit. This season follows our extraordinary women, each driven by passion, revenge and obsession, building towards a messy, nuanced and totally glorious series finale.”

Scroll down for a full look at our Killing Eve sneak peek, and then hit the comments to share your hopes and predictions for the final season. 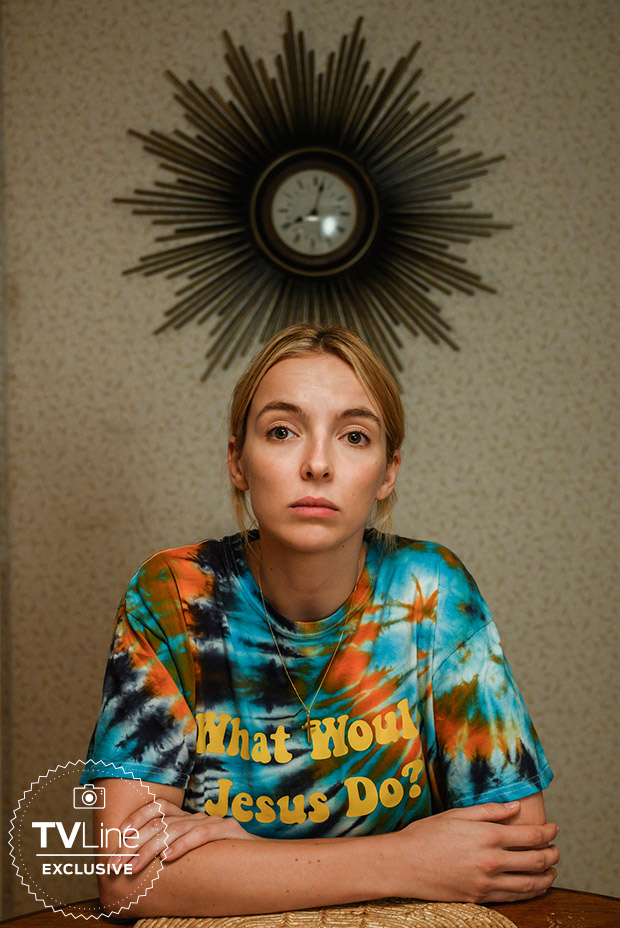