Warning: The following contains spoilers for Emily in Paris’ Season 2 finale. Proceed at your own risk!

Emily in Paris has found herself torn between two jobs and two men.

As the Netflix comedy’s second season came to a close, corporate boss Madeline’s visit to Paris uncovered that Savoir’s books aren’t adding up. When she confronted Sylvie about the fact that Antoine Lambert’s company is underpaying Savoir, Sylvie countered that they have a deal. Tensions between the two women continued to grow until Sylvie quit Savoir to start her own marketing firm, with Luc and Julien in tow — and she wants Emily to join them! Although she may not like Emily, Sylvie recognizes that she’s very good at her job. The offer was definitely tempting to Emily, especially as she was forced to play assistant and fetch coffee for Madeline. 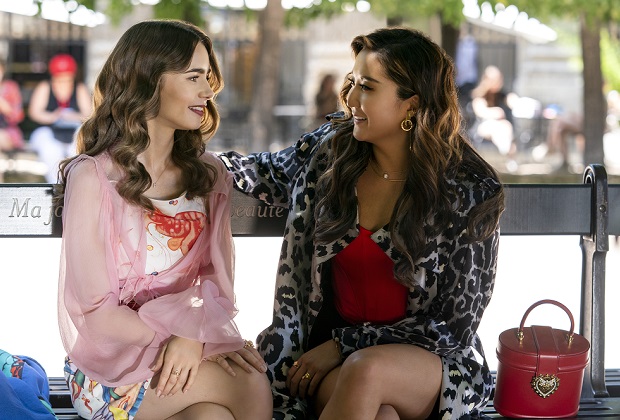 Meanwhile, Alfie told Emily that he’s going back to London, but he wants to give a long-distance relationship a try. Mulling with Mindy the chaos that has become her life, Emily accidentally blurted out that she loves Gabriel, then went to tell him about her feelings. But just as she was about to confess the truth, Cami stepped out from behind Gabriel to reveal that they had reunited and were moving in together. With that, Emily bolted and called up Sylvie to tell her she had made her choice.

“She’s faced with a major decision. She has reasons to pick a number of doors at the end of Season 2, and our challenge is deciding which of those doors she’s going to choose and why,” showrunner Darren Star tells TVLine. “That’s what Season 3 is going to be about. When you live in a foreign country, one of the questions is, where’s your heart? Is it the place you came from, or the place you are at the moment? Emily is going to be struggling with that as well.”

Whatever Emily opts to do professionally, it will be “really intertwined” with her personal life and her situation with Gabriel, “because it’s her life, and she does have very strong feelings for Gabriel,” Star shares. “That’s a question she’s going to have to confront is, how can she manage her relationship issues with her work issues, both of which, by the end of Season 2, are hanging in the balance.”

Of course, if Emily decides to accept Sylvie’s offer and stay in Paris indefinitely, she might be forced to watch Gabriel while he is in a relationship with Cami. Can she stand to be so close to him and not be with him? “I’m sure that’s on her mind,” Star says. “It’s tough, emotionally, to know that you have feelings for somebody that you’re about to express that [you] can’t. And so I think that for the first time, Emily has admitted to herself exactly how strong those feelings are.” 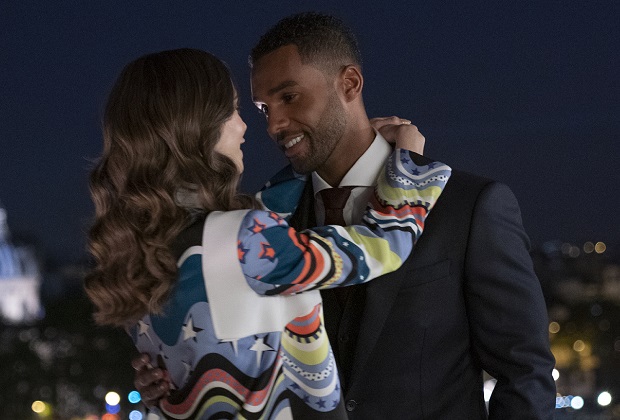 And then there’s Emily’s actual boyfriend Alfie, who is ready to commit to her despite the distance his move back to London would put between them. “I love Alfie, personally. I wouldn’t write Alfie off, and I don’t think Emily should, either,” Star says, adding that “London’s not far from Paris.”

Emily in Paris fans, what did you think of the season ender? Grade it below, then hit the comments!