Emily in Paris is having a hot flash — as in a hot flashback to her steamy night of passion with Gabriel, which dominates Emily’s mind while she’s out for a run in the Season 2 premiere. In fact, our gal is so distracted by her memories that she almost gets run over by a car.

Back at her apartment, Emily exclaims that it was “the most incredible night of sex that I’ve ever had in my entire life,” and Mindy’s not seeing what the problem is. Emily explains that she thought it was a goodbye, but now Gabriel is staying in Paris to open his restaurant, and she hasn’t spoken to Cami yet. So Emily sets out to find out what Gabriel has told his ex, which turns out to be nothing more than that he’s not leaving the city. Emily insist that she can’t do this to Cami.

“You didn’t do anything to Cami. You did do a lot of things to me,” Gabriel cheekily replies, and sir, you are not helping! Then Emily drops a surprise on him: She’s going to Saint-Tropez with Mathieu Cadault. “Seriously?” Gabriel asks in disbelief.

Emily meets up with Cami at Savoir to discuss business, which turns into a girls’ lunch with Sylvie. Cami knows that Gabriel isn’t staying in Paris for her and that something else is going on, which leads Sylvie to figure out that Emily slept with Gabriel. While Cami is in the bathroom, Sylvie tells Emily that she’s getting more French by the day. Emily insists that she’s not having an affair and points out that she’s actually going away with Mathieu. Sylvie calls her out for focusing on having sex with a client to take her mind off her friend’s boyfriend. “Are those the new rules?” Sylvie wonders with amusement. 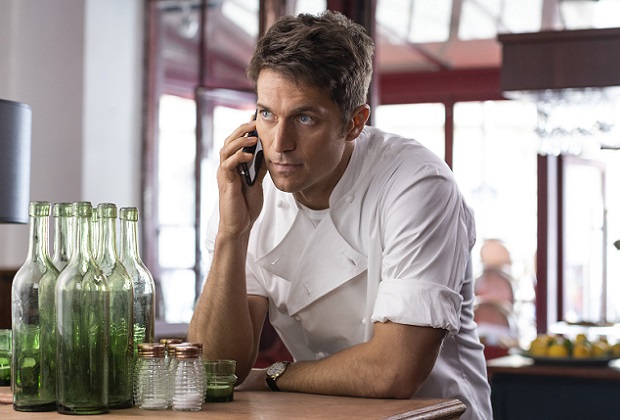 While Emily is on the train (in the sleeper car she’s sharing with Mathieu!), Gabriel calls her and says he can’t believe the girl he stayed in Paris for doesn’t want to be with him. “Tell me you didn’t feel everything that I felt,” he begs. He doesn’t want to hurt Cami either, but he can’t stop thinking about Emily.

Emily, in turn, confesses that she felt things she’s never felt before — but it was a mistake. Mathieu overhears the exchange and is upset that Emily slept with Gabriel after accepting his getaway invitation. He tells her that he’s not going to Saint-Tropez with a girl who’s in love with someone else and leaves Emily alone on the train as it takes off. 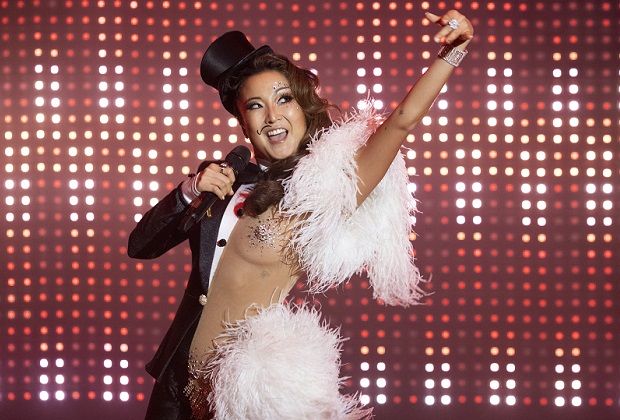 Elsewhere, Mindy has no work permit, so she’s forced to work for tips as the drag club’s Le Dame Pipi (aka the woman outside the restroom). It’s a thankless (and stinky) job, but she does get to perform a song in a fabulously outrageous getup.

As for Emily’s work, Julien declares them enemies after he feels like Emily stole a luggage account from him by suggesting a collaboration with Pierre Cadault. The result of that collab is a giant, tacky suitcase with Pierre’s face plastered on it that Emily drags with her to Saint-Tropez.

Emily in Paris fans, what did you think of the season opener? Grade it below, then hit the comments!