The bridge of The Orville features faces familiar and new, in TVLine’s exclusive first look at the Emmy-nominated sci-fi series’ third season, to stream on Hulu this spring.

Blasting off Thursday, March 10 (with weekly releases), The Orville: New Horizons‘ 10-episode season finds the crew of the titular exploratory vessel continuing their mission, as they navigate both the mysteries of the universe and the complexities of their own interpersonal relationships. 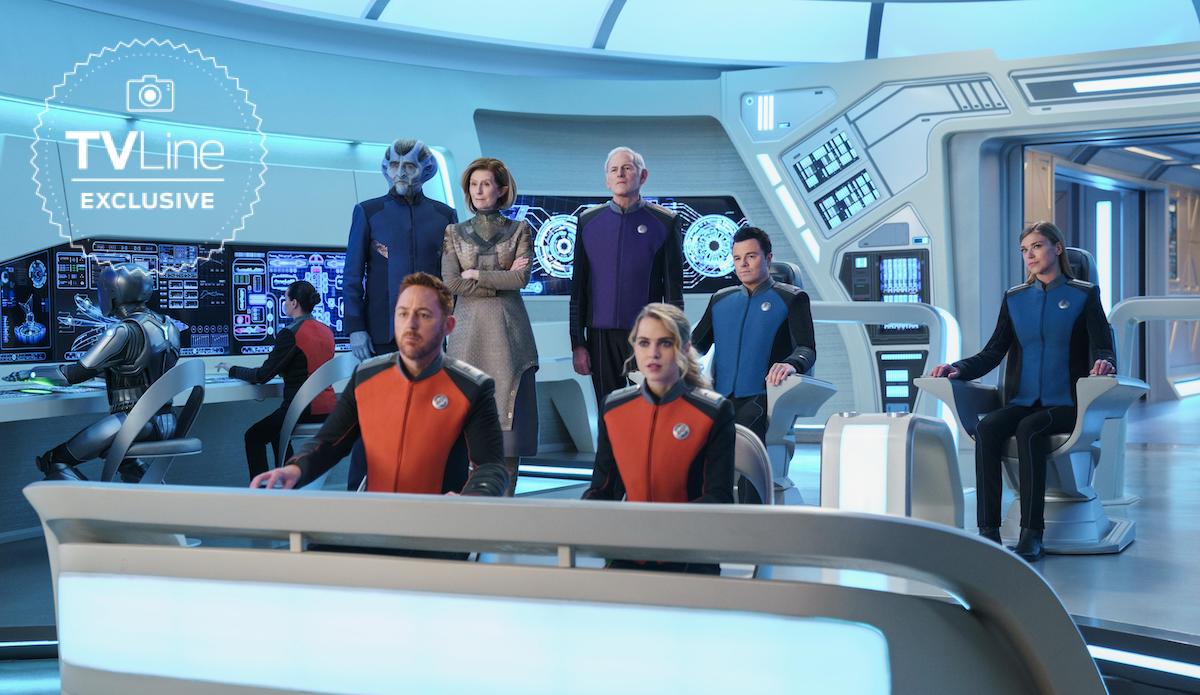 Although The Orville‘s first two seasons aired on Fox, it was announced in July 2019 that thee sci-fi adventure series would move to Hulu for Season 3. (“As the show has evolved and become more ambitious production-wise, I determined that I would not be able to deliver episodes until 2020, which would be challenging for [Fox],” MacFarlane explained at the time.) Nine months later, the coronavirus pandemic hit, further delaying The Orville‘s next mission.