The Righteous Gemstones are under attack in a newly released trailer for Season 2 of the HBO comedy.

The sophomore run kicks off with two episodes on Sunday, Jan. 9, at 10/9c, followed by one new installment on subsequent Sundays at 10 pm. The series last aired on Oct. 13, 2019, so here’s a refresher in case you need it after that extra-long hiatus: The Righteous Gemstones stars John Goodman, Danny McBride, Adam Devine and Edi Patterson as members of a world-famous televangelist family with a long tradition of deviance and greed. Season 2, according to the official synopsis, will find “our blessed Gemstone family threatened by outsiders from both the past and present who wish to destroy their empire.” 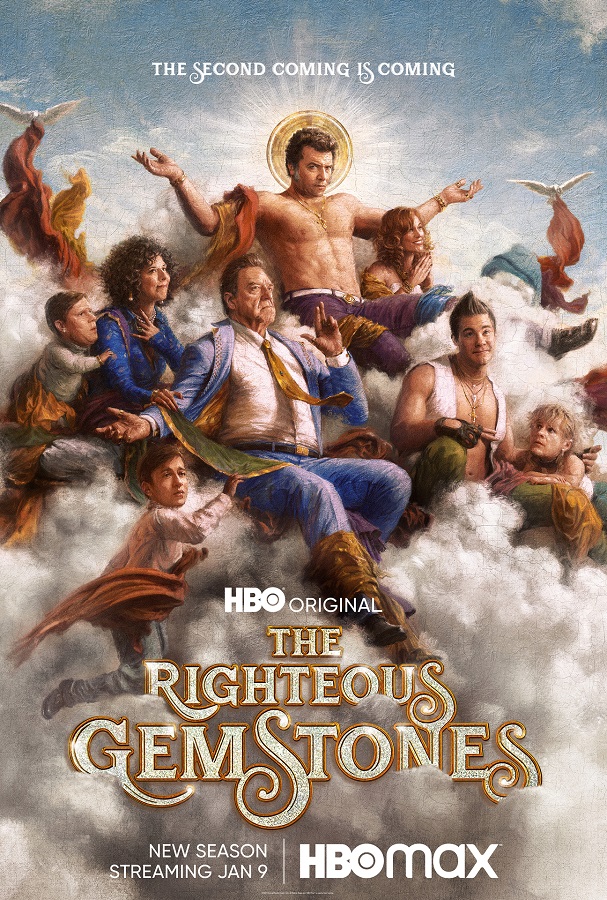 * Jon Hamm will reprise his role as the Archangel Gabriel in Season 2 of Prime Video’s Good Omens, per The Hollywood Reporter.

* LeVar Burton will host the Scripps National Spelling Bee for the televised semifinals on June 1 and finals on June 2, 2022, which will air on ION and Bounce.

* PaleyFest LA will return with an in-person event April 2-10, 2022 at the Dolby Theater in Hollywood. The panel lineup includes This Is Us, Better Call Saul and Riverdale, with the full schedule to be announced on Jan. 18.