Karen makes it so hard to root for her on Tyler Perry’s Sistas. For starters, how can you tell someone you’re pregnant without taking a pregnancy test first? Karen? Sis!

Zac was just as frustrated as we were on Wednesday’s installment of the soapy BET drama, but he took a deep breath and headed to the drugstore to buy several home pregnancy kits. When he returned to Karen’s salon, her very nosy assistant Pam saw the tests through the bag and said she had a few of her own in the back that Zac could’ve used.

A visibly and understandably annoyed Zac called Karen to come and get her girl, and Pam scurried off to the backroom. Zac gave Karen the goods, and while he waited for her to return, he called Fatima to let her know where he was and that he would tell her what was going on in person. Fatima said she didn’t like the suspense of it all, but she would wait to hear more.

Karen then returned with two separate tests and waited for the results, which turned out to be positive. Zac said that he would wait and see what Karen wanted to do about the baby, and Karen said she was not going to have an abortion. A slightly stunned but ever respectful Zac said he would never ask Karen to do that; however, he wasn’t going to stay with her because of the baby, but he would support the child and do what he could to be a good father. 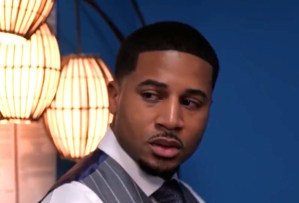 Here’s the thing: Karen slept with both Zac and Aaron, so how can she be so sure that this is Zac’s baby? Sadly, we, along with Zac and Fatima, aka “Zatima,” will have to wait and find out if Karen is going to go through with the pregnancy as well as the results of the paternity because you know Fatima is going to demand the truth.

After Zac got away from Karen and her dramatic self, he headed to his new house and signed the papers. Our boy is a homeowner now. But before Zac could celebrate and head out to share the good news about his abode and the bad news about Karen, Hayden’s super aggravating butt popped up to poop on his parade.

Hayden backhandedly congratulated Zac on his closing, but then said that he was going to ruin his good time by turning in Zac for insider trading. Although the threat wiped the smile off of Zac’s face, he didn’t trip probably because Hayden can’t prove anything — not yet, anyway. 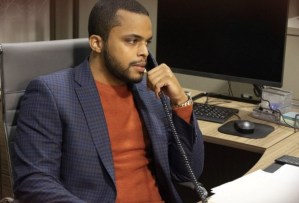 Just as always, Hayden is all talk, but for “Zatima’s” sake, here’s hoping this Hayden nonsense gets wrapped up just like Karen’s messy plans to tear apart Zac and Fatima.

Later, when Karen met up with Danni, Andi and Sabrina at the strip club, she didn’t tell them her news. Instead, she used the opportunity to attack Andi for telling Fatima that she should be with Zac instead of Karen.

Still salty from the perceived insult, Karen once again said that she didn’t think Zac had actually moved on. All of her girls not only disagreed with her assessment, but made matters worse when Sabrina revealed Zac is now a millionaire.

What do you think is going to happen with this Hayden nonsense, and are you hoping he and Karen get blown away by strong gusts of wind? Drop your thoughts in the comments.