Don’t let the splashy Christmas decorations fool you — this is definitely not the most wonderful time of the year at Casa Carrington. 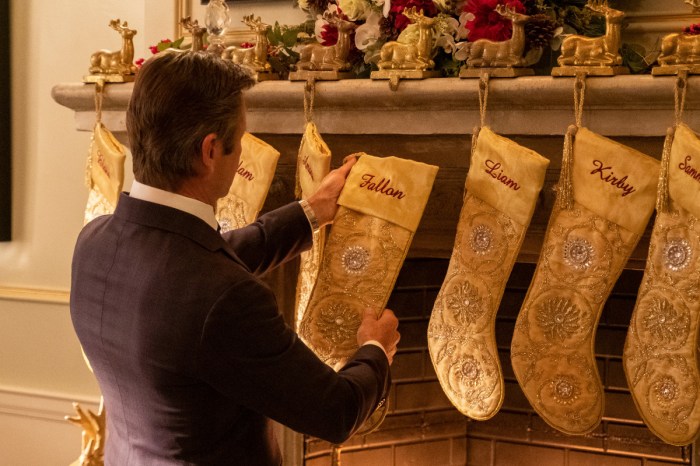 In fact, Blake says those exact words in TVLine’s exclusive trailer for the upcoming fifth season of Dynasty, which kicks off with a two-hour premiere event on Monday, Dec. 20 (8/7c).

And came you blame the guy? As you may recall, the CW sudser wrapped its fourth season with Fallon getting shot by her evil, husband-stealing assistant at a major event for Blake’s campaign. And just to make fans sweat it out a little longer, Fallon is nowhere to be seen in this 20-second sneak peek.

(Look, do we really think Fallon is dead? No way. But the looks on Liam, Culhane, Sam and Kirby’s faces aren’t making us any more hopeful about her condition, we’ll tell you that much.)

Along with Fallon’s conspicuous absence, the trailer includes quick shots of Alexis living out her Orange Is the New Black fantasy, Dominique receiving some disturbing news over the phone, and Amanda drinking her feelings while standing alone on a balcony — which is all the proof we need to know she’s a real Carrington.

Hit PLAY on the video above to see (most of) the Carringtons back in action, then drop a comment with your hopes for Season 5 below.