At the start of the episode, Micki finally opens up to her boyfriend Trey about Garrison, confiding in him about their past (including their engagement) and how he died. An emotional Micki admits that losing Garrison for the second time has caused her to reexamine the fork in the road in her life, and now she doesn’t know who she is anymore.

Trey consoles Micki and assures her that they’re “solid,” but later at the high school’s holiday event, the couple get into an argument about the timing of her undercover job and her being afraid of committing to their relationship. “That fork in the road that you mentioned, you know I’m on the wrong side of it,” Trey said. 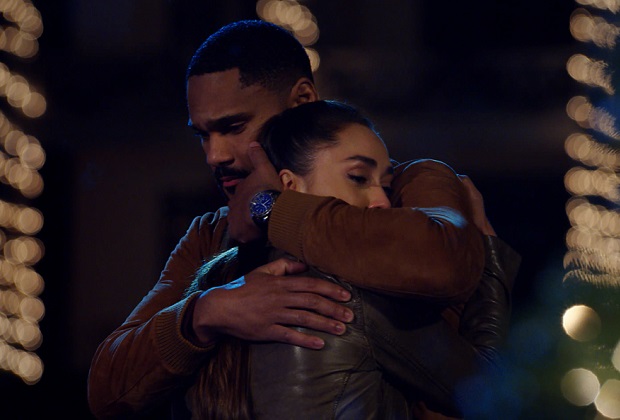 Now that she knows how he really feels, Micki isn’t sure how they move forward. Trey thinks they both do and neither one of them wants to say it. Micki admits the church painting was where she and Garrison were supposed to get married. “We should say it,” Micki says tearfully, before adding that she needs to go back home to San Antonio and figure out how she got here. The couple kiss goodbye before Micki tells Trey she loves him and walks away. 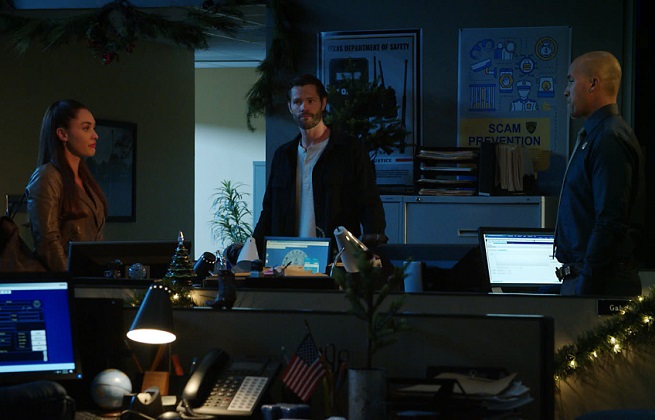 At Rangers HQ, Micki leaves behind her gun and badge, as well as a letter for Walker, and shares a final goodbye with Captain James. Walker then enters and thanks her for helping him after he came back from his undercover assignment. “You’ll always be my family,” Micki tells Walker.

Morgan’s exit was first announced in late October, with the actress writing on Instagram, “It is with a heavy heart that I have come to the difficult decision to step away from my role as ‘Micki Ramirez’ for personal reasons. I am extremely grateful to the team at The CW network and CBS Studios, [showrunner] Anna Fricke, the most graceful and compassionate showrunner, Jared Padalecki, a wunder-boss and acting partner-in-crime for fully supporting my decision, while doing everything in their power to make this situation as comfortable as possible.”

“This decision was entirely my choice and I am overwhelmed with gratitude to all those involved for their full support and compassion,” Morgan added. “I have only been treated with the upmost respect, kindness and appreciation from this cast, crew, production, writing team, network and studio. Walker was one of the safest, professional and joyful sets that I’ve ever experienced and it was truly a privilege to create with such gems of human beings.”

“[T]hough my heart is breaking to no longer be kicking serious ass ‘TX Ranger style’ week after week on your TVs, I have to do what is best for myself,” she said in conclusion. “This isn’t goodbye, but an extended break and I hope to return to my career healthier and happier than ever after taking this time off.”

Walker fans, what did you think of Micki’s goodbye? Grade the episode below, then hit the comments!