There’s no stopping Sistas lovebirds Zac and Fatima now. The fan favorites are getting their own spinoff on BET+, and it is titled, you guessed it, Tyler Perry’s Zatima.

The streaming network and Tyler Perry Studios announced the spinoff order on Wednesday, as well a 2022 premiere for as the 10-episode dramatic comedy in which Devale Ellis and Crystal Hayslett reprise their roles as Zac and Fatima, two romantics hoping to make their budding relationship last.

Zatima is the writer/director/executive producer Perry’s second spinoff for BET’s streaming hub. The first was Ruthless, an offshoot of Tyler Perry’s The Oval that followed a woman named Ruth who kidnaps her daughter and joins a trippy religious cult.

As Sistas viewers know, a Zatima standalone would also open up more space to explore Zac’s world now that he’s a stock-tip millionaire. Time will tell what will become of Fatima’s job, because she currently works as Andi’s assistant at a law firm. No word yet on if the couple’s antagonists/exes Karen and Hayden will take part on Tyler Perry’s Zatima, though if fans have their druthers, the two villains will stay put on Sistas. 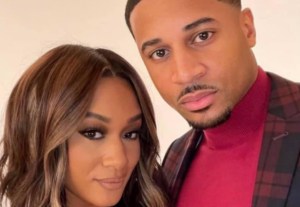 “‘Zatima’ represents the dream of finding love in the most awkward places,” Ellis tells TVLine. “Zac was in Chainbreakers at a time when he was just trying to build himself up, and he met a woman who was willing to accept him as he is and help him grow. Zac is trying his hardest to be all he can for this woman, and fans are responding to that. People who are out here looking for love can appreciate that, because they also want someone to build with and someone who will love and accept them as they really are.”

Ellis, a married father of four, adds that he has a great working relationship with Hayslett because they bond over a mutual desire to make their performances as relatable and believable as possible.

“We spend a lot of time dissecting scenes and asking questions,” he says. “I’ve been married for 11 years, so I don’t know what it’s like in the dating world right now. I lean on her to find out how she has responded to single men as a single woman, and she leans on me because I studied Meisner and the benefits of reacting in the moment.”

Are you excited about the Sistas spinoff Tyler Perry’s Zatima? Are you hoping this means Karen and Hayden will go away for good? Drop your thoughts in the comments.