It’s Christmas time on this Wednesday’s Chicago Fire fall finale (NBC, 9/8c), but there won’t be much holiday cheer for Severide, whose fiancée Stella is still out of town and not responding to his messages.

“He’s kind of just put out because Stella has never really gone dark on him,” showrunner Derek Haas tells TVLine, “and she’s just not answering his calls or texts, or acting like she gives a damn about the events that are happening at 51. So he’s flummoxed in this episode.”

Meanwhile, Deputy District Chief Boden is feeling the pressure to name a permanent replacement for Casey’s position on Truck 81, but Stella’s radio silence has put him in a tricky situation. And in her absence, some new competition for the job has made a very positive impression on Boden. “You’ve got this new lieutenant who’s been subbing, named Pelham [played by Brett Dalton], that is pretty damn good,” Haas notes. “Boden needs to fill this spot and doesn’t like instability and is really concerned that Stella hasn’t come to claim it. So all of those dynamics are driving this episode.” 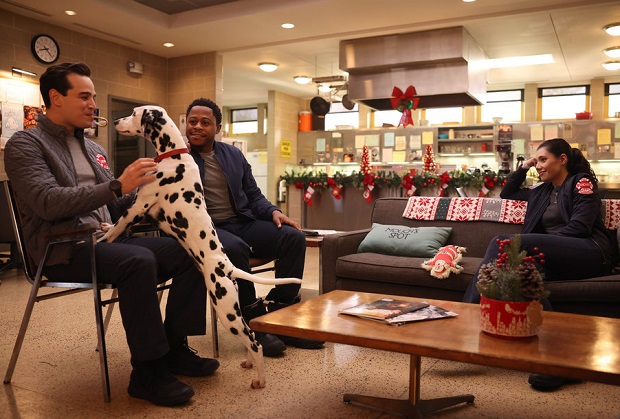 Elsewhere, Gallo and Violet’s will-they-or-won’t-they dynamic gets even messier as the pair and their business partner Ritter ready for Winterfest, “which is the place where they have a chance to get their microbrewery noticed by all the good people of Chicago, especially the bar owners,” Haas previews. The event takes place as Gallo is trying to profess his feelings for Violet, which is complicated by the fact “that he’s been seeing Cara the associate over there at [the] brewery, who affects his placement at Winterfest.”

Plus, there’s a new player in the love triangle, Paramedic Field Chief Hawkins, “who has taken a shine to Violet, and the complication of that, and [the fact that] he’s her boss,” Haas adds. “There’s a lot going on for the second half of the season after this episode airs.” 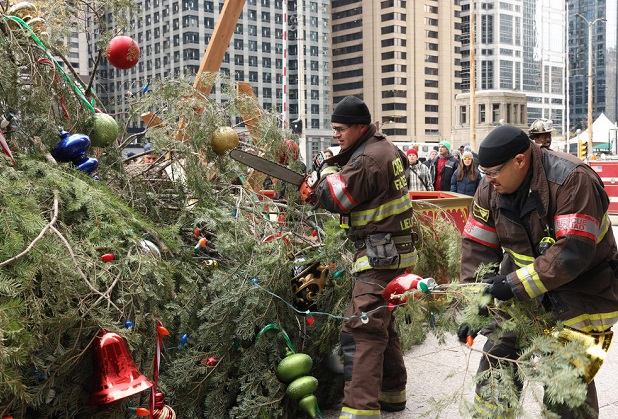 But first, there’s some uniquely festive rescue calls this week as only the firefighter drama can do them. “Of course, we’re Chicago Fire so we have to have a holiday episode where all of the holiday related ideas turn into disasters, with a giant Christmas tree falling over. Even the ambulance call — how to describe it without giving it away? — it’s a mouthful,” Haas teases with a laugh.

Chicago Fire fans, hit the comments with your predictions and hopes for the fall finale!