This may explain why The Flash‘s Barry Allen didn’t receive the warmest of welcomes upon super-speeding to the year 2031.

When last we tuned in, a desperate Barry had time-traveled forward 10 years to get clues about how he will one day do Earth dirty. His first stop, though, was a doozy, crashing a swanky soiree attended by Supergirl‘s Alex Danvers, Batwoman‘s Ryan Wilder and more of the Arrowverse’s finest — and where Eobard Thawne (played by former series regular Tom Cavanagh) was doting on Iris!

Spotting the uninvited guest, Iris, Cecile et al seemed none too pleased. And that may be because, among a bevy of photos released for Part 4 of the five-week “Armageddon” event, Barry’s speedster alter ego in the future is Reverse-Flash, while archenemy Thawne is rocking the red romper.

Also, spied in the photos below: both Alex and Ryan apparently pull off a very quick change (nanotech can replace stilettos with combat boots?) upon seeing Barry crash the party; Iris (of 2021?) bonds with Ryan Wilder; and Barry as Reverse-Flash gets some guidance (maybe?) from longtime Arrowverse nemesis Damien Darhk (Neal McDonough).

Want scoop on The Flash? I’m about to get some! So, email InsideLine@tvline.com and your question may be answered via Matt’s Inside Line. 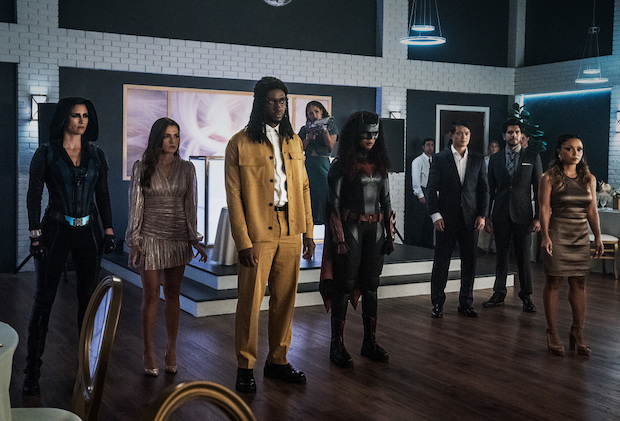 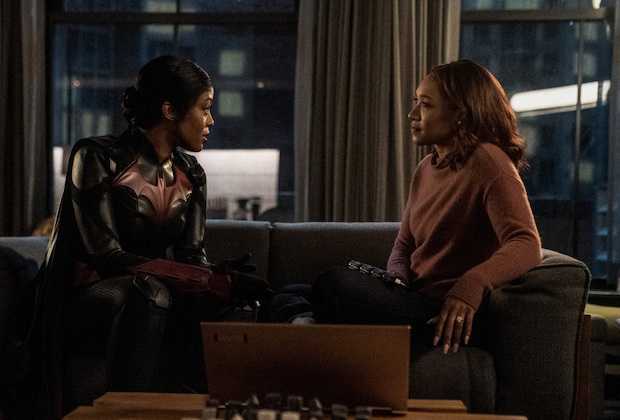 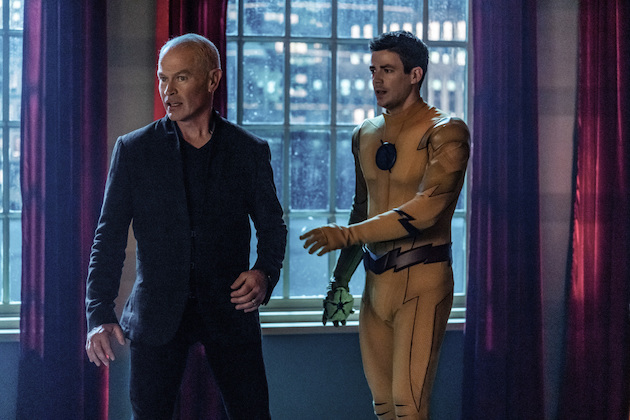