The Roku Channel movie found Max adapting to his new power with ease as he boasted about helping numerous people. But when he heard Zoey, Maggie, David and Emily sing an emotionally raw heart song in Pink Floyd’s “Wish You Were Here,” Max finally understood the weight of his ability. Having invited a potential suitor for Maggie to Christmas Eve dinner, Max felt responsible for the pain in the family’s voices as they sang the tender number. He then confessed that he now feels guilt and shame for the way he’s treated Zoey ever since he learned of her powers.

“I was so focused on how your powers made me feel that I never thought about the toll that it took on you, and that sucks, because this is so much for one human being to take on,” Max admitted.

The apology led Zoey to an epiphany: that perhaps empathy was the reason the universe gave Max the power. And if that’s true, then “we are just going to keep getting stronger and stronger, because…” Zoey trailed off as they both broke out into a performance of “Time After Time.” But as the song neared its end, Max’s powers suddenly vanished, having served their purpose.

Had the series been renewed for Season 3, the original plan was to spend more time exploring Max’s ability and “playing into the romantic comedy of what it’s like to date somebody while both of you knowing exactly what’s going on in the other person’s head all the time. I thought we could get funny glitch episodes out of that,” executive producer Austin Winsberg tells TVLine in the above video. “I always knew that the end part of that storyline was going to be why he got the powers and what the purpose behind that was for him, and that was really to create empathy for Zoey’s struggle. He finally understands what it’s like to be Zoey, to deal with those powers, and that’s when the powers were going to go away. So being able to tell that in the movie allowed me to kind of have closure on that part of the story that I had in my head.” 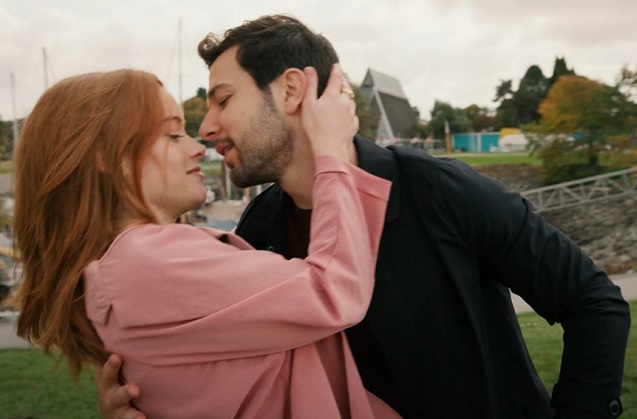 For his part, Skylar Astin wishes Max had gotten to keep hearing heart songs for a bit longer, but “we had to condense what could’ve been several episodes’ worth of Max having the powers,” the actor explains. “I think it was actually the right decision to make by Austin to have Zoey really end this movie with the powers all to herself again, and for Max to learn the valuable lesson of what they mean and what responsibility comes with it.”

Moving forward, Zoey and Max also take away a better understanding of each other following this dual powers experience. “At end of Season 2, [Zoey] says that she’s so scared to love again, because it’s so painful when you lose it,” leading lady Jane Levy shares. “Through Max seeing the power and them having it at the same time, it’s sort of allowed her to really connect with him in this way where’s she trusting of the relationship and less afraid.”

With the couple having reached a new place in their relationship, Max and Zoey’s “future is strong,” Winsberg affirms. “I think they end the movie in a really strong place. They sing ‘Time After Time’ together. It seems like they are fated in some ways.” 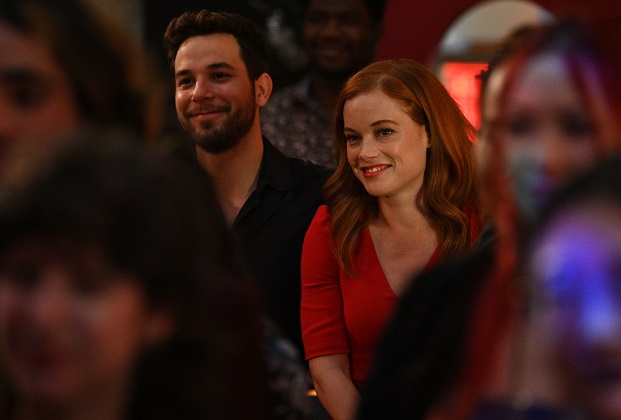 As for the future of Zoey’s as a series (or a series of movies), Winsberg says the “incredibly supportive” executives at Roku “really believe in [the movie], so I would hope that could mean more, but I guess probably a lot of it comes down to what kind of an audience we get and what kind of reaction it gets.”

But just in case this is, indeed, the end, the Christmas outing has a sense of closure in its final moments — not that the door couldn’t be reopened for more stories. “I have several other Zoey movie ideas in my head,” the EP reveals. “And I know that the cast coming together for that kind of concentrated amount of time, everybody really responded to the energy of that. Everybody was really grateful and excited to be back, so I definitely could see a road where, if they wanted more movies, that’s something I could easily wrap my head around.”

Press PLAY above to watch our conversation with the trio and to hear what they had to say about a certain missing “I love you,” then grade the movie below.