The following contains major spoilers from the Season 1 finale of NBC’s La Brea.

The good news, as Season 1 of NBC’s La Brea came to a close? Isaiah (aka wee Gavin) did make it to the Topanga mountain top and stepped into the light portal, thus ensuring the future existence of Josh and Izzy, who in turn immediately rebounding from, like, bad tummy aches.

When Does La Brea Season 2 Start? And How Many Episodes Will It Be?

The bad news? Josh barely had a moment to celebrate his restored future when the light crack that Isaiah had entered abruptly pulsated, disappearing Josh, Riley and map-toting Lily who were standing nearby. Elsewhere in the land down under, Scott leaned on Rebecca Aldridge to share more of what she knows, and she led him to a most unexpected site.

Meanwhile, topside, Ella’s saved map led her, Gavin, Izzy, Sophia and Agent Markman on a bit of a wild goose chase around Seattle, eventually bringing them to a small campsite sinkhole. Taking a literal leap of faith, Gavin, Izzy and Ella (who as Lily had left Veronica ensnared by a bear trap) hopped into the void, winding up on a beach circa 10,000 B.C. (as evidenced by the iconic beast that lumbered by). 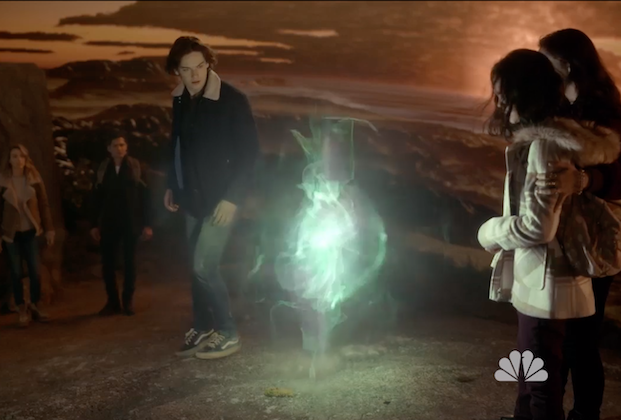 TVLine asked La Brea creator/co-showrunner David Appelbaum many of our burning questions about the freshman finale’s big twists, and where the fall’s No. 1 new drama is heading in Season 2.

TVLINE | OK, first up: Josh, Riley and Lily. Do we the viewers have enough information to make an educated guess about when and where they disappeared to?
I don’t want to say exactly where they go, but in Season 2 they will be in a different time period. Their story will be outside of 10,000 B.C. That will be one of the fun things about Season 2, finding them in a world completely different from anything we’ve seen on the show so far.

TVLINE | I was thinking about what Aldridge said about time being a flat circle or whatever, and that would at least suggest that a portal could deposit someone in the future, beyond 2021.
It’s possible. One of the fun things about the show is that we want to keep ourselves open to lots of different story possibilities, and the world of these sinkholes and the science we’ve set up behind it allows you to have different time periods that we can explore.

TVLINE | I enjoyed how Scott called out Aldridge as the “bad guy” sci-fi character who knows more than she’s saying. I think that meta moments like that, and the direct Lost comparison in the pilot, are important for a show like this to have.
Yeah, humor has always been a driving factor in this show. This can be an edge-of-your-seat thriller, but at the same time it can get tedious if everything is so serious and dire all the time. Having a character like Scott who can break the tension is always really important. 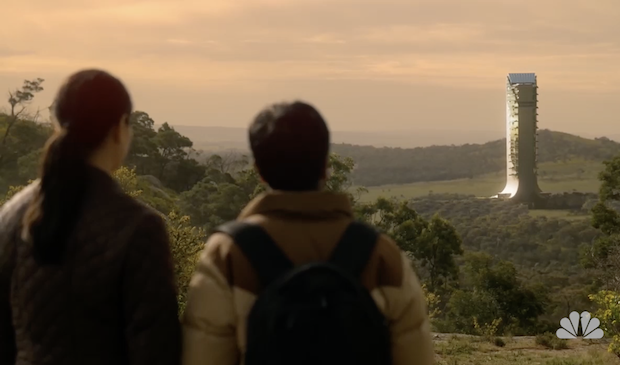 TVLINE | That very modern tower that Aldridge led Scott to — is that going to be a main set for Season 2?
It’s going to be an important set piece, yeah. We are going to explore this building and go into it at a certain point and see what’s inside. I think that’s going to be one of the fun things, really opening up this world that they are in. The animals will always be an important part, but there are a lot of mysteries to explore — and one of the things the audience will be curious about is, “What exactly is this place?”

TVLINE | I like how you gave it a big ol’ solar panel roof, to head off at the pass any questions about power supply.
[Laughs] Did you zoom in on that?

TVLINE | Is anybody of importance waiting for us inside that tower?
There will be people of importance, absolutely. We will find a lot of interesting things inside there — but I won’t say who or what. 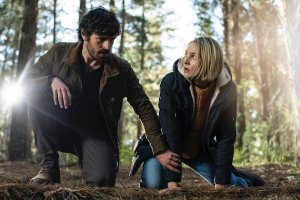 TVLINE | Turning to Gavin, Izzy and Ella…. I did the math, and allowing for eight hours of sleep per night, they have at least a 22-day walk ahead of them, from Seattle to Los Angeles. Do you have any shortcuts planned? Or are they going to saddle up that woolly mammoth?
Well, the adventure of their journey to Los Angeles is going to be a fun story point. I don’t want to give away how they get there or how that journey exactly goes, but it’s going to be one of the big pleasures of Season 2, taking these characters who had been in the modern world this whole time and seeing how they survive in the world down there. There is no clearing, and there are no other people that they’ve fallen down there with, so it’s going to be an interesting thing to see what they do — and if they can get there. 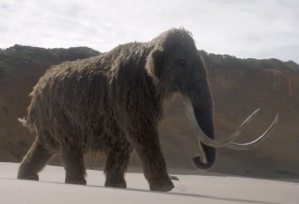 TVLINE | CGI-wise, I imagine it would have been a lot cheaper to have one of those prehistoric birds fly overhead to confirm the era they landed in, instead of trotting out a woolly mammoth.
[Laughs] But everyone was waiting for that woolly mammoth, I think! That’s one of the most iconic animals of that time period, and we were really pleased with how that one came out.

TVLINE | You established that Silas is some sort of scientist peer of Rebecca’s, but people were expecting for another shoe to drop regarding his identity. Is there one to come?
We are going to learn a lot more about him in Season 2. One of the things this show does well is we give the audience answers — we’ve been doing that all season. But there’s only so far we want to push that, and we do want to leave things in question and open to be answered in Season 2. But yes, we’re going to learn more about what his connection to Gavin and to Aldridge is. He’ll be an important part of the story moving ahead.

TVLINE | And just to be clear, Silas is in fact Isaiah’s grandfather?
Yes. He is.

TVLINE | If I were to speculate that Rebecca and her people were pioneers in time travel research and they accidentally created sinkholes along the way… would I be close?
I can’t tell you that! But I appreciate the careful viewing of the show.

Want scoop on La Brea Season 2? You know I’m sitting on some! Email InsideLine@tvline.com and your question may be answered via Matt’s Inside Line.