Sunday’s Yellowstone set up the mother — or would that be the father? — of all showdowns between Jamie and Garrett. But instead of an epic face-off, we — and Jamie — got a major surprise. Read on, and we’ll not only discuss what it was, we’ll review John’s introduction to his unlikely new love interest, Beth’s revenge on Bob and the devil of a time Jimmy was having at the Four Sixes. 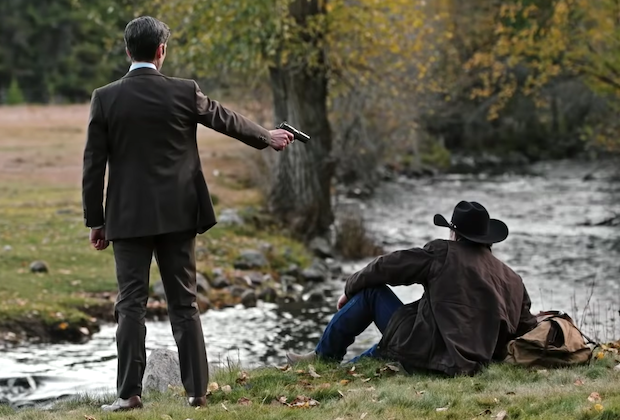 ‘HE AIN’T GONNA BE AROUND LONG ENOUGH TO NAME’ | After a lonelypants montage of John eating by himself, drinking by himself, setting by himself, the Dutton family’s patriarch found Beth in his room in the middle of the night. Sweetly, she’d come to sleep over, lest being in the empty house drive him crazy. Touched, he sure hoped he wouldn’t outlive her. “Worry not, Daddy,” she told him. “Only the good die young. If a meteor strikes Earth tonight, it is me and the cockroaches running this motherf—ker tomorrow.” When that tomorrow came, we saw that Monica was finally at peace being back on the reservation. Tate was thriving, too, spending time in the sweat lodge with Rainwater, who told the boy’s mom, “A few more sweats, Mo will take him up on the hill. He won’t think of himself as a killer [afterwards], he’ll think of himself as a warrior” like her. As if Monica’s day could get any better, Kayce reassured her that they’d find a place nearby to rent — and she Googled just the right ranch.

Back at the Yellowstone, Rip continued to make Lloyd reside in the doghouse, even going so far as tasking the older man with teaching Carter how to saddle a horse properly. (To his credit, the kid was a natural.) When Rip mentioned to John that Carter wasn’t long for the ranch, the big boss advised the youngster to get ugly fast. Why? asked Carter. “Handsome’s the only thing I got going for me.” That, John replied, was why. (Could that relationship get any cuter?) At the Livestock Commission field office in Livingston, Kayce was greeted by protesters — organized by Summer Higgins (Piper Perabo, currently killing it on The Big Leap) — and soon had drawn his gun. “What the f—kin’ f—k?” asked Haskell when he arrived. “They want the s—tshow, and you just gave it to ’em!” Back at the Yellowstone, John noticed the tension between Rip and Lloyd and reminded his foreman not to forget who the old fella is to them. “Who he is to us,” Rip replied, “is the reason why he’s still walking.” Oh, Rip — tough to the marrow, that one. As if Lloyd’s day couldn’t get any worse, he ended it spotting Walker and Laramie getting busy under the stars. 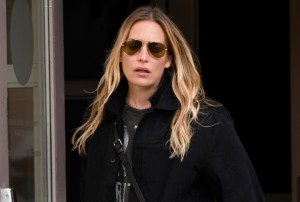 ‘HOW CUTE DOES AN ANIMAL HAVE TO BE BEFORE YOU CARE IF IT DIES TO FEED YA?’ | Called to the melee at the Livestock Commission office, John was not pleased with Kayce. “Son, if I spent a week thinking of ways to f—k up my day, I could not have come up with this,” he said. Upon his introduction to the protesters’ leader, Summer explained that what they were demonstrating against was a “state-sponsored police force that protects industrialized animal farming and the mass murder of millions of animals every year.” Unfazed, John asked if she’d ever plowed a field for quinoa or whatever the hell she ate, suggesting that when that happens, it kills everything on and beneath the ground. Though Haskell advised that the protestors wanted to be arrested, to make headlines, John still decided to press charges. The morning after, though, he was conflicted. “I’d offer advice” on battling one’s conscience, Beth told him, “but I’ve never been in that situation.” She had a big day ahead: She was going to accept Market Equities’ offer. And how does that help the Yellowstone? John asked. “It helps us,” she said, “when I run it into the f—king ground.”

After John bailed out Summer, she was at a loss. Why’d he do it? “You believe what you’re doing’s right,” he said. “I disagree, but I respect it.” In return, he wanted a chance to show her the Yellowstone; he reckoned it might help them both understand each other a little better. Well, he wanted that and maybe also “don’t throw any more rocks at my son, OK?” En route to the ranch, John and Summer did indeed get to know each other better. In fact, he agreed that the planet wasn’t going to put up with people living off it much longer. Then “there will come a time when Earth sheds us like dead skin,” he said, “and it will be our own fault.” Meanwhile, apparently having accepted her new job as president of Market Equities’ Montana division, Beth waltzed into Bob’s office at Schwartz & Meyer and informed him that the chair in which he was sitting… uh, “that’s my seat.” Yep, he was fired to the nth. As for the secretary listening at the door, “You’re fired, too, ya nosy bitch.” 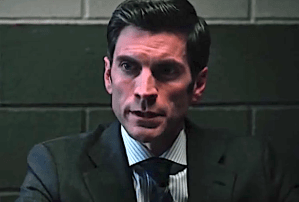 ‘MOST PEOPLE IN TEXAS DON’T SLEEP ON THE GROUND’ | At a meeting with Riggins and his attorney, Jamie gave the inmate full immunity in exchange for his answer to one question: Had Garrett ordered the hits on the Duttons? At the same time, Garrett found someone knock, knock, knocking on the door at Jamie’s ranch. Who? We wouldn’t find out till Jamie got home at the end of his extremely trying day. Just as he was about to confront his father, who should appear but Christina, Jamie’s baby in her arms. “You did everything you said you would do,” she told him. “Now I keep my word. Meet your son.” (Didn’t seem like Garrett had contacted Christina — how would he even have known she existed? — but if so, well-played, ya scheming bastard!) Finally, at the Four Sixes, Jimmy made the acquaintance of a fantastic old fella who could tell in under a minute that the newbie was no cowboy. The old fella, on the other hand, most certainly was one. Cowboying, he said, is the “most glorious work you can do that nobody ever sees. It’s art without an audience till the day you die.” A cowboy and a poet!

“You’ve got to want this life all the way to your bones,” the charismatic coot told Jimmy, “and if you don’t, it can be absolute hell on Earth.” Jimmy, honest to a fault, admitted that he didn’t know what he wanted. The next day, he woke up to find the old fella chatting away nearby with an even older fella. When finally a ranch hand told him that it was time to get to work, he also mentioned that “there’s three gods in Texas: the Almighty hisself, Buster Welch and George Strait. You just met one of ’em.” Without missing a beat, Jimmy, as sweet as he is dim, said that the old-old fella wasn’t George Strait. “I hope the good Lord gave you a big d—k, Jimmy, ’cause he sure shorted you on brains.” With that, they were off to break colts — which seemed like an especially dicey proposition for Jimmy, seeing as he was supposed to still be wearing his back brace. So, what did you think of “Under a Blanket of Red”? John and Summer? Lloyd’s budding friendship with Carter? Rip’s nastiness toward Lloyd? Beth’s revenge on Bob? Hit the comments.