The bulk of Sunday’s eventful Fear the Walking Dead swirled around Strand, his head growing heavier and heavier as it wore the crown. But not even the shocker at the climax of his part of the hour could compete with the moment that viewers had been waiting and waiting for: Alicia’s return — and Alycia Debnam-Carey’s first appearance since Season 6. 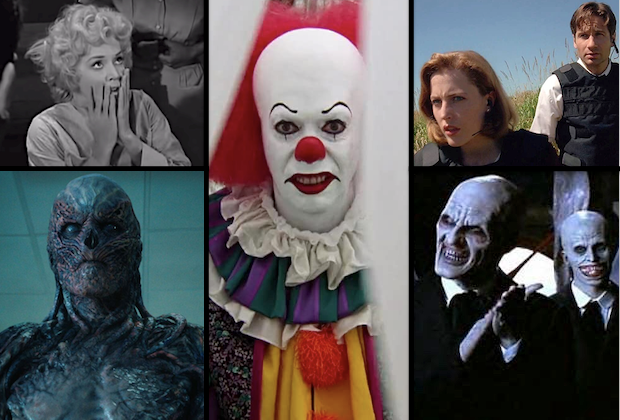 In Strand’s leg of “The Portrait,” though he turned away pretty much everyone who sought refuge at the tower — even folks that Howard noted might have been of use — he allowed in Morgan, if only to let June examine an ailing baby Mo (who it turned out had a double ear infection). Soon, not only were the Stalkers catapulting walkers at the highrise, they were setting off bombs and threatening to hurl walkers equipped with radioactive add-ons though the windows if Victor didn’t grant them sanctuary. At the same time, Strand keeled over — he’d been poisoned! (How very Shakespearian, no?)

In the pickle of all pickles, Victor decided to let Morgan go to the armory to radio Grace for help from the outside. He even caved to Morgan’s demand to lower the tot down an elevator shaft to him, past several grasping walkers. (Now, I wouldn’t trust Victor for anything, but I dunno if I’d have let my baby go spelunking anywhere near a buncha zombies looking tasty and all!)

After beseeching Morgan to find Alicia, “because I don’t think she’d want me to find her,” Victor was sure that his frenemy would not return for him. Yet return, Morgan did with news that Grace and Sarah had done the dirty work outside and the tower had been saved from the Stalkers. Now, Strand had a chance to turn the place into a safe haven so welcoming, it would impress even Alicia.

Alas, as Morgan was giving Victor his pep talk, Strand noticed that his adversary’s fingers had on them the same color blue as the poison he’d upchucked — Morgan had tried to off his nemesis when they’d shared a drink earlier! “Take him to the roof!” Victor ordered. 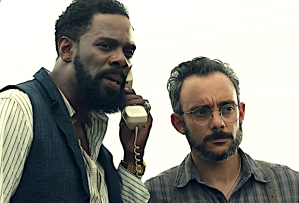 But of course, Strand didn’t manage to send Morgan over the side. Instead, he let Grace strike a bargain over the intercom: If he let Morgan live, she’d help identify and neutralize the walkers that were wearing radioactive material. Ultimately, Morgan was allowed to leave sans Mo, and Grace was allowed to enter (though the door for her was said not to be the revolving kind). “I am gonna find my way back to you,” Morgan promised.

“No, you won’t,” Victor retorted. “But I’m gonna give them everything that you couldn’t.” Starting, presumably, with a megalomaniac to deal with!

As his end of the episode concluded, he called for lil’ Mo, adding creepily, “She’s gotta get used to her new father sometime.” [Shudder]

Meanwhile, back out in the wilds, as casually as you might a friend at the Starbucks around the corner, Morgan bumped into Dwight and Sherry, who were wandering about with what looked like Stalkers. Their leader wanted to speak with Morgan, too, the couple said.

Do I even need to tell you that their leader turned out to be Alicia? She assured Morgan that the Stalkers who’d attacked the tower weren’t her people, at least not anymore. And as happy as she was to see her old pal, “I brought you here ’cause I need your help… These people are tired, hungry, getting desperate.” 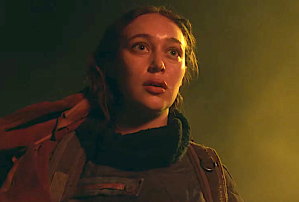 If she wanted Morgan to put in a good word with Strand, she was gonna be [bleep] outta luck. But their conversation didn’t even get that far, since some walkers approached with radioactive material strapped to them, and before anyone could comprehend the words “Don’t shoot!” they’d been shot, releasing toxic gas into the atmosphere. “Everybody run now!” cried Morgan. And that was that.

So, what did you think of Alicia’s comeback after so long? Worth the wait? And for that matter, Wendell’s less momentous reappearance? We hadn’t seen him in even longer than we’d seen Alicia! Hit the comments with your thoughts.