Saved by the Bell‘s Kelly Kapowski gave up on becoming a doctor when she agreed to marry Zack Morris during The College Years — a decision Tiffani Thiessen’s alter ego reevaluates during Season 2 of the Peacock revival.

Midway through SBTB‘s sophomore run, Kelly confides in Jessie and Lisa that she’s been seeing a man — a tutor, that is, to prepare her for the MCAT exam. But just a couple of episodes later, she tells Jessie that she’s having doubts. The universe clearly doesn’t want her to become a doctor — and it was fate, she says, that led Zack to surprise her on that boat in the spring of 1994 and whisk her away to get married, thus abandoning her would-be semester at sea.

“Kelly, that wasn’t fate,” Jessie argues. “That was your boyfriend going to a place he knew you’d be and continuing a conversation from earlier…. You could have talked to him on the phone every day and married him when you got back.”

But if fate hadn’t made the decision to marry Zack, “then who did?” Kelly asks. “My dumb ass??” 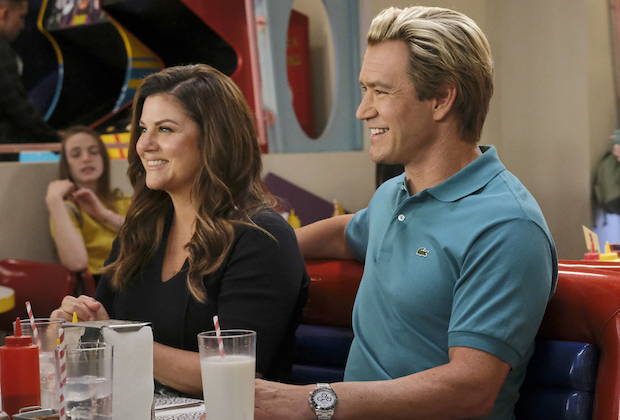 “I remember even as a 12-year-old being flabbergasted that that was how they decided to end that season,” the EP tells TVLine in the video above. She was also stunned that Kelly’s decision was framed as a romantic one. “Zack asked her to marry him, so she just picked that instead, and we were supposed to feel good about it for her? Even as a kid, I was like, ‘What? Why? She’s never going to be a doctor now!'”

After Kelly reevaluates her life choice in Season 2 — one that probably informed every other major choice she’s made over the last three decades — she decides to go to med school after all. In the finale, Zack tells his wife how proud he is of her and apologizes if he was ever a distraction.

“It felt like in this show, where a lot of what we do and what we mine comedy from is looking at the old show and reevaluating it through a 2021 lens, it felt like it was time to give Kelly her due, and let her have some of that ambition that I think people were excited [to see] in The College Years,” Wigfield says, which “kept getting waylaid by Zack and Professor Lasky.” 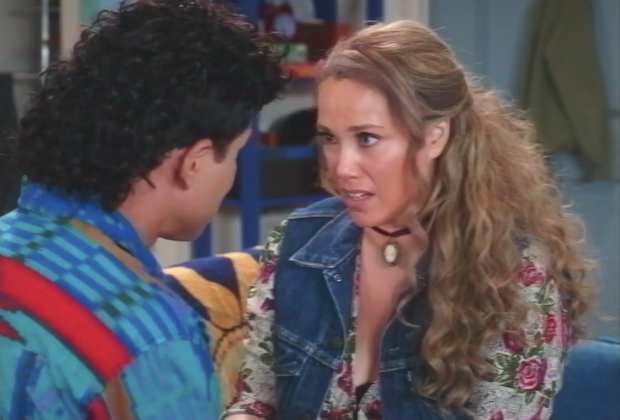 The Season 2 finale also revisits The College Years by way of a new “flashback.” In the scene, Jessie, who did not appear in the one-and-done spinoff during its original run, visits Slater at his Cal U dormitory. There’s even a crack about Mario Lopez’s character dating “another anxious girl with curly hair,” referring to Kiersten Warren’s Alex Tabor.

“I think it was perfect,” fellow EP Franco Bario — who has been with the SBTB franchise since its inception as Disney Channel’s Good Morning, Miss Bliss — tells TVLine. “That was the point of the clip, that she just shows up at The College Years for a random reason. I mean, a lot of those clips [in the Slater/Jessie montage] were sort of, like, ‘Hey, these were things that never really happened, but we’re acting like they did,’ which was fun.”

Did you get a kick out of revisiting The College Years? And what did you think of Kelly’s expanded storyline in Saved by the Bell Season 2?