We’ve got questions, and you’ve (maybe) got answers! With another week of TV gone by, we’re lobbing queries left and right about dozens of shows including Saturday Night Live, Dancing With the Stars, Riverdale and Hawkeye!

1 | If you watch The Great, why are you not also watching Dickinson — and vice versa?

2 | Did Blue Bloods‘ Sid, Abigail and Garrett turn you off a bit with their very un-warm welcome for Reddick? What, does the “Dream Team” think that no one else will ever work alongside them?

3 | When was the last time Saturday Night Live had a first-time host as natural and as confident as Shang-Chi‘s Simu Liu? Assuming he has a long career ahead of him, Liu could easily land in the Five-Timers’ Club, right?

4 | As common a gimmick as “in media res” openings are on TV, did this week’s SEAL Team really, really have you thinking you missed an episode? Also, given what was revealed by Clay’s back-of-napkin investigation, is there any way this is not the final season? 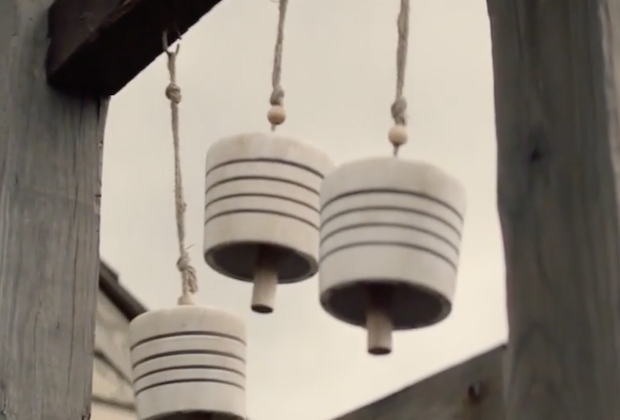 Since sound draws walkers, why would anyone on The Walking Dead: World Beyond, even in the Perimeter, have wind chimes? Also, are all group executions as slow as this one?

6 | How many Fear the Walking Dead viewers yelled with us, “For Pete’s sake, shut up already and run!” as Morgan insisted on endlessly questioning Al while dodging bullets?

7 | On Dexter: New Blood, wouldn’t feeding Matt’s body to a hibernating bear inside a remote mine have been a decent way to dispose of the evidence? But seriously, why didn’t Dexter consider the town’s incinerator in the first place? 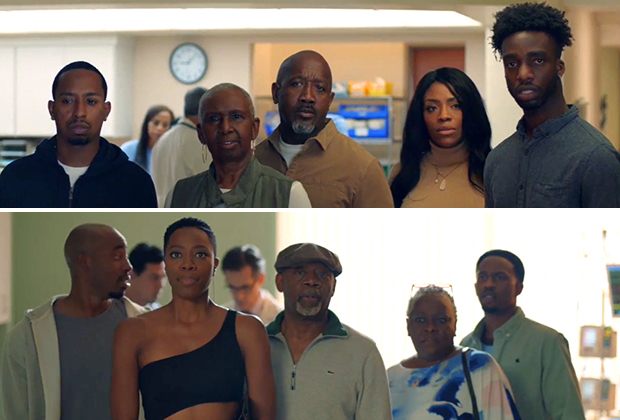 8 | Did you notice that the other family on Insecure was like a bizzaro version of Molly’s family, the Carters?

10 | In Power Book II: Ghost, was Carrie-thinks-it’s-a-date-but-she-really-has-to-ID-a-corpse-at-the-morgue one of the weirder turns the show has taken?

11 | During Dancing With the Stars‘ video recap of Season 30, did Suni Lee (or we) really need to be reminded of when she ran off the dance floor to vomit? When guest judge Julianne Hough compared JoJo Siwa’s trailblazing to that of Greta Gerwig, surely she meant Greta Thunberg, right? And now that pro Daniella Karagach has won with a diamond in the rough like Iman Shumpert, are you sorta thrilled to see what she can do with a more experienced contestant?

12 | Do you think The Good Doctor‘s Shaun and Lea losing their baby midway through Season 4 contributed at all to how Shaun responded to losing Alma’s baby in the fall finale? And should we take Andrews’ reaction to Salen potentially going public with their relationship to mean that he’s not actually interested in Ethicure’s CEO, but is simply using her feelings for him to gain more power at the hospital?

13 | Where did The Flash‘s Chester and Allegra… and Caitlin… park? 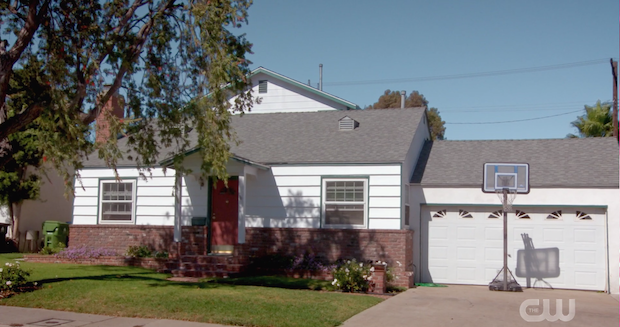 14 | So, Riverdale‘s Jughead and Tabitha moved in together before ever saying “I love you” to each other? And at this rate, will anyone be left alive on this show by the end of the five-week “Rivervale” event? 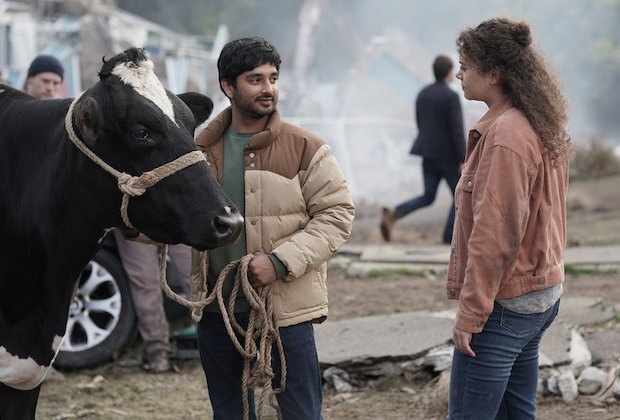 Where did La Brea‘s Scott and Veronica get the cow harness? (Or did they, what, weave it on the spot?) And dear Josh: You fell through a sinkhole to 10,000 B.C. Is it really that crazy that wee Isaiah is your father Gavin?

16 | After both Ordinary Joe and New Amsterdam‘s fall finales dropped surprise pregnancy announcements, were you expecting a third NBC drama to officially make it a trend?

17 | Shouldn’t True Story‘s Kid perform a “make-up” show or give a refund to fans who watched him choke? (Comedy show tickets aren’t cheap!) 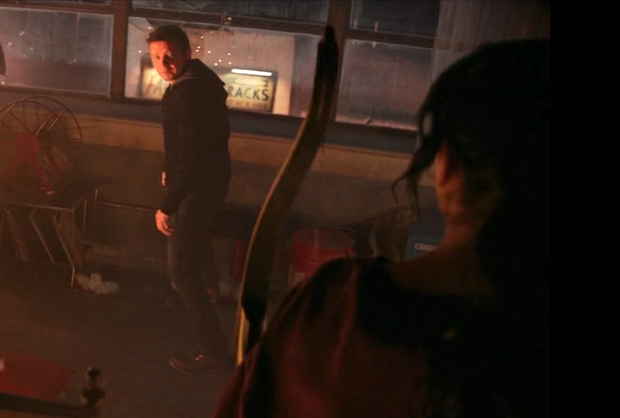 If Hawkeye‘s Clint and the kids bailed on Rogers: The  Musical halfway through, does that mean the second half of the show chronicled the events of Civil War, Infinity War (was the Thanos costume also a hoodie?) and (please tell us Natasha got a ballad) Endgame? How did Clint locate/save Kate nearby Armand III’s building, having had zero leads on the person who had been spotted in the Ronin suit? Lastly, given Kate’s POV in this screenshot, fwip!ing someone standing on the street was in fact pretty impossible, yes?

19 | If Tia Mowry-Hardrict and Brittany Daniel can’t and won’t participate in The Game reboot, could Paramount+ recast with their identical twins?

20 | How much did you love Legends of Tomorrow‘s homage to I Love Lucy‘s classic chocolate factory scene? Speaking of Lucy…. 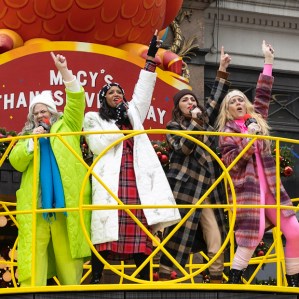 22 | Do you think that the Girls5Eva stars’ appearance in the Macy’s Thanksgiving Parade will somehow be repurposed for Season 2?

23 | Anyone else catch Saved by the Bell’s Lexi reveal herself as the person behind the popular Instagram account DeuxMoi in Episode 2?