They’re actually doing it, “Sharpwin” fans! New Amsterdam‘s fall finale saw Max and Helen taking flight for London — or at least getting in a taxi to the airport.

Earlier in Tuesday’s episode, a superbug sent the hospital into crisis mode, prompting Max and Helen to delay their imminent departure and step in to help their colleagues. In the aftermath, Reynolds observed Max and asked how he was going to break it to Helen that he wasn’t going with her. Max said nothing in response as he watched Helen. Even after the superbug disaster was resolved, Max still appeared torn, looking between the hospital and where Helen stood waiting for him by a taxi. 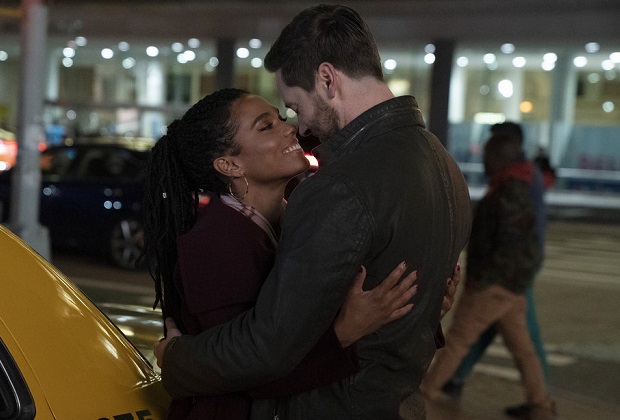 “Burden me,” Helen said, and Max finally walked over to her. He kissed her before sliding into the cab and directing the driver to JFK airport.

Helen’s two little words in that final scene are incredibly meaningful for the couple. “Usually, they can really just read each other’s thoughts,” showrunner David Schulner explains. “But on occasion, when they fear the other’s withholding, they would just say, ‘Burden me,’ and the other would confess whatever they were thinking. In that moment, she was worried that Max would not leave with her, but she was wrong.”

However, it has to be noted that Max didn’t deny Reynolds’ assumption that he wasn’t going to accompany Helen to London. In fact, he didn’t say anything at all, leaving the door open for viewers to interpret Max’s intentions.

“It’s so beautiful the way Ryan [Eggold] played it, too, because when did he make the decision to leave? Was it in that very last moment with Sharpe at the taxi? Or did he always know he was leaving?” Schulner posits. “In that moment, he could have been protecting Reynolds, or he could have been protecting himself because he didn’t know. It’s so great, and only Ryan knows the answer to that. But it’s a beautiful moment. We never told him when he makes that decision or how. I love that it was ambiguous, and I love that people are going to ask themselves, ‘Was he always going to leave? Or did he make a decision in that final moment?'” 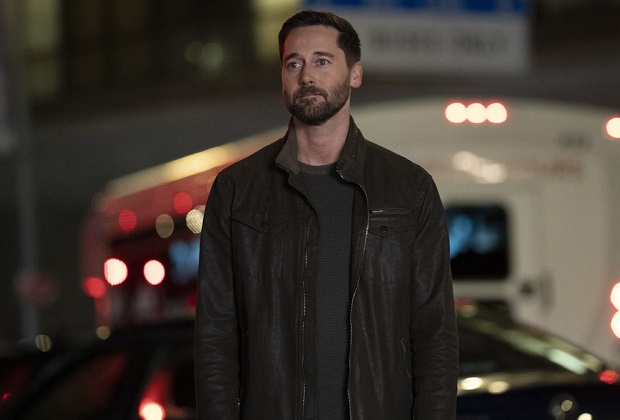 Schulner is also aware that fans may be questioning if Max and Helen actually do go to London, since getting in a cab is not exactly the same thing as getting on a plane. “We could not shoot an airplane,” Schulner says with a laugh. “But I bet even if Max got on the airplane, people would speculate, ‘Well, look, we never saw it land.’ I love that people still cannot believe that Max is actually leaving. Hopefully, that’s a testament to how we set it up and to Ryan’s performance.”

When the series returns on Tuesday, Jan. 4, the couple will have indeed made the move to their new home in London, where “Helen is the medical director of the clinic as part of the NHS, and Max is fully expecting to practice medicine in the UK once he gets his license,” Schulner previews. Although the pair will face “big changes” and “big challenges” in this new chapter of their relationship, “they followed each other, they followed their joy, and that’s going to reward them,” Schulner adds. “A lot of our characters get punished in the finale for some of the more questionable choices they made, but Max and Sharpe follow their joy, and unfortunately, this took them away from New Amsterdam.” 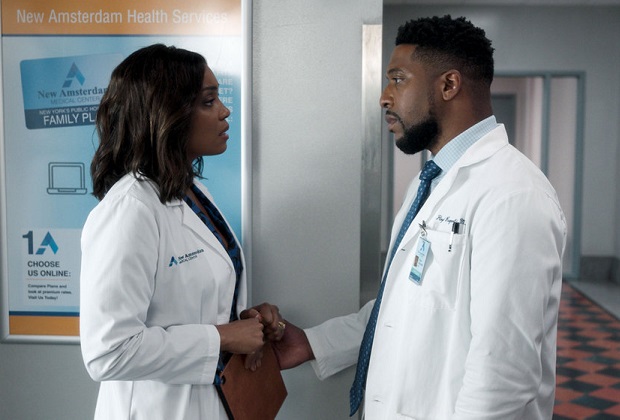 Elsewhere in the fall finale, Reynolds got quite a surprise when Lyn told him their situation is about to get even more complicated because she’s pregnant! Further complicating matters is the fact that the paternity of the baby is not so clear. “Floyd is interested and Baptiste is interested in who’s the father of this child,” star Jocko Sims reveals in the above video interview. “We get really caught up in that, and so much so that we kind of forget about Lyn and what she’s going through. It’s a learning moment for Floyd and Baptiste that we see coming up. So you’ll get to see more of Baptiste, even though he’s currently been fired.”

While Reynolds might seem like the type of man who’s longed to start a family, “I would definitely say this is not what he wanted, but I think that this will cause Reynolds to think,” Sims shares. “I read an episode this morning that had a very poignant moment with just Reynolds by himself, and I can’t wait to shoot it. He’s thinking about fatherhood in this moment and the potential ups and downs that may come with that. Whether or not this child is his or not, it changes him a little bit for the moment.”

New Amsterdam fans, what did you think of the episode? Grade it below, and stay tuned to TVLine for scoop on Lauren and Leyla’s breakup and more!