Can Chicago P.D.‘s Atwater navigate a sticky situation? Will The Wonder Years‘ holiday episode be a gift? Will Manifest wrap Zeke’s story? Read on for answers to those questions plus teases from other shows.  (Email any brand-new Qs to InsideLine@tvline.com.)

What’s coming up for Atwater on Chicago P.D.? –Demar
“Atwater has some powerful episodes coming up this season,” showrunner Gwen Sigan tells Inside Line. “We’ll dive once again into his relationship with Celeste, a woman he cares deeply about but who isn’t aware he’s a cop. Atwater’s lies put him in a tricky position — both morally and on the job. It’s quite a dilemma for him and also explores some deep territory Atwater’s been dealing with this season — the reasons he felt compelled to lie to Celeste, his relationship to being police, and his identity at large.” (#OneChicago returns Dec. 8.)

Do The Flash‘s Mia, Bart and Nora know each other in the future? Is that referenced in any way during the “Armageddon” event? –SSH
From what I am hearing thus far, no, it will not be suggested that Barry and Iris’ kids (who have been visiting from the year 2049) know Oliver and Felicity’s daughter (who as a young adult was seen in 2040). Scoop update!: Though Inside Line last week quoted Grant Gustin as saying that it will not be established why Supergirl and/or Superman aren’t recruited to help with “Armageddon,” Kara’s whereabout’s, at least, are in fact revealed in Part 2 (during a scene that Gustin himself was not in). 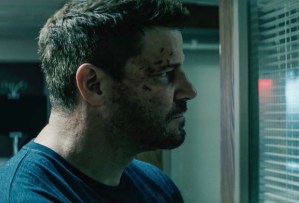 Was this Sunday’s episode of SEAL Team the winter finale? –Dale
Nope! SEAL Team is new this Sunday and next on Paramount+, and then it heads off for a holiday break, resuming Season 5 on Jan. 2.

Anything on Yellowstone? –Sandra
If you’re itching for Beth to exact her revenge on Jamie for the hits she believes he ordered on their family, you’re going to have to wait a spell. As Kelly Reilly told TVLine, her character “has an instinct that Jamie has something to do with it, but she needs proof. So she’s about to go digging.” In the meantime, she gets to enjoy knowing that her brother is shaking in his shoes. “She even said to him, ‘I’m telling you now that [I’m going to kill you],’” the actress reminds, “‘so you can think about it and lose sleep.’”

Anything to tease about La Brea‘s final episodes? –Kevin
In Season 1’s penultimate hour (airing tonight), you get the untimely appearance of another saber-toothed tiger and a first kiss. (No, those two scoops are not related.)

Do you have any scoops on Fear the Walking Dead? –Jo
Our resident Dead-head Charlie Mason promises that Sunday’s episode of the AMC drama (9/8c) includes a moment for which you, he and probably every other viewer has been waiting for a long time. “The Portrait” also hints at just how much badder Season 7’s Big Bad, Strand, is going to get. (Yes, throwing Will off the tower was just the tip of the iceberg.) 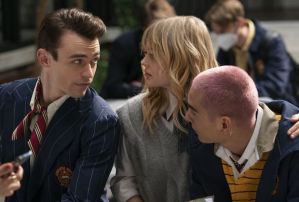 Anything on Gossip Girl‘s Aki and Max? I know that the throuple is coming (and it seems the three of them are going to have an extra fling, too), but I wondered if you had some scoop about their relationship that didn’t involve Audrey as well. –Ali
Not involving Audrey, you say? Now you’re starting to sound like a character we meet in Episode 9 (the third of three dropping on Thanksgiving). All we can say about Audrey, Aki and Max’s alleged throuple of which you speak is that the clips shown in the trailer for Part Two don’t tell the full story. Or even half of it. This journey will surprise you.

Now that NBC has passed on Getaway, will Matt Long’s availability allow him to be a main cast member again for Manifest Season 4? –Ashley
I delivered your Q to Manifest creator Jeff Rake, and he is “delighted to report” that Matt Long indeed will return to the show, “allowing Zeke to complete his Manifest journey just as originally intended.”

Will Dulé Hill be doing more singing on The Wonder Years? I loved that bit we got of Bill doing the original theme song. –Shawna
I brought your Q to Hill during his Psych 3 rounds, and he said, “I don’t know if we have more singing coming up for Bill Williams. There’s definitely more sax playing, though.” Then, looking ahead to the freshman comedy’s holiday episode — airing Dec. 1, and in which Dean’s big brother returns home from Vietnam — Hill said, “I’m looking forward to that one, because it delves more into our family and into the times that we are in back in the ’60s. That’s the one that I think is going to be very interesting.” Because something sad, or joyous, happens…? “I think a mixture of both,” Hill said. “I don’t know what to [reveal], and that’s why I’m being a little cagey about it, but I really appreciate how they deal with what’s going on within that time. The Vietnam of it all.” 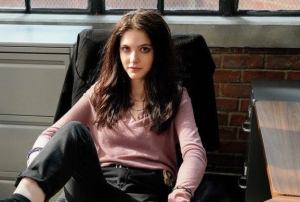 Was Law & Order: Organized Crime‘s Jet always a detective? I feel like she was just a hacker when the series started. –Michelle
We were surprised when Jet went on the undercover operation a few episodes back, too, so we recently asked showrunner Ilene Chaiken that very question. “I’m going to intend that this is what I intended all along,” she said with a laugh, tacitly acknowledging the fuzzy details. “When we started the show, she had been through the [police] academy. She’s trained as a police officer. She has all of her credentials, but she wasn’t practicing. She was being an artist, resisting the law-and-order lifestyle, until Stabler came along and pulled her back in.”

Do you want the Inside Line on a favorite show? Email InsideLine@tvline.com! Questions left in Comments will not be read and may very well count against your final score. (With additional reporting by Kim Roots and Andy Swift)