With great power comes great responsibility. So viewers of The Voice were reminded with Monday’s Fan Week episode, in which viewers picked the numbers that the Top 11 performed. Which of the acts rose to the challenges with which they were presented, and which stumbled so badly that all I could think to say was, “Oh, gee” (which I’ve discovered is my go-to)? Read on… 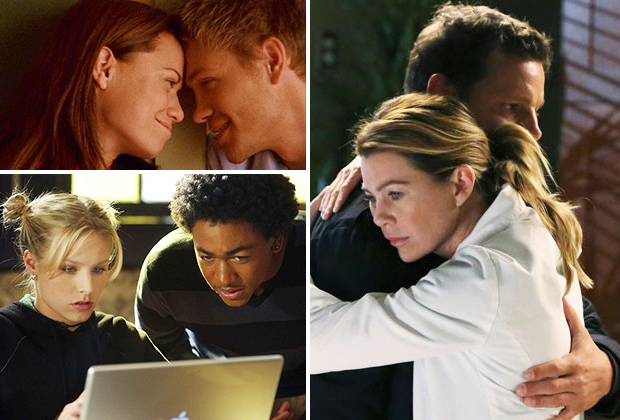 Wendy Moten (Team Blake), “Freeway of Love” — Grade: B+ | After being cheered on by Vince Gill over FaceTime, Wendy delivered a technically terrific but emotionally empty rendition of Aretha Franklin’s free-wheeling hit. How empty was it? Aside from a flourish here and there, she demonstrated so little personality over the course of her performance that I had to wonder whether she understood that it was a fun song. Strange. Almost inarguably, Wendy is the best vocalist in the competition, but she’s losing me more and more with her detachment from the songs she sings. Is it just me? I want to love her as much as I do her voice.

Girl Named Tom (Team Kelly), “More Hearts Than Mine” — Grade: A- | Before tackling Ingrid Andress’ modern country song, Becca — who’s made the iTunes Top 10 with her brothers and their cover of “Dust in the Wind” — admitted to some nerves, seeing as they’re not really a country act. But none of them needed to shake in their shoes (or anywhere else, for that matter). Their harmonies might not have been quite as tight as we’ve heard in the past, but overall, this was magical. That Becca in particular has the voice of an angel. Finals-bound for sure. 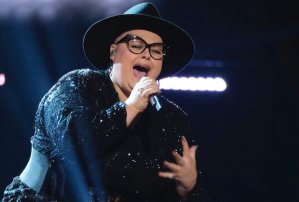 Holly Forbes (Team Ariana), “Alone” — Grade: B- | Oh, gee. Heart’s big ballad is almost an invitation to oversing. So even before Holly took to the stage, I was worried. She started off OK, though. And she gave the first chorus just the right amount of firepower. From there, she put her own spin on the second verse, and that worked pretty well, too. After that… well, her vocal was like a runaway train that stayed near but not quite on the tracks. Loved her passion, and this was definitely more good than bad, but a home run, it wasn’t. (Yes, I wanted to stick with the train metaphor, but what’s the train equivalent of a home run?)

Jershika Maple (Team Legend), “How Can I Ease the Pain” — Grade: A | Even in rehearsal, Jershika sounded like she was gonna slay her Lisa Fischer cover. And on stage, man, did she ever. Her vocals were as nuanced as they were powerful — and they were monumentally powerful. She soared, she roared and made us feel the song as much as listen to it. She also gave a positively brilliant demonstration of why her coach calls her the season’s queen of the runs. Heck, it wasn’t even the most dynamic song ever, but Jershika performed it with a total exclamation point. 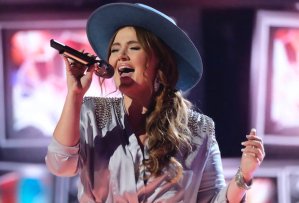 Lana Scott (Team Blake), “I Hope” — Grade: B+ | Assigned American Idol alum Gabby Barrett’s hit, Season 21’s one and only actual country act turned out a total scorcher of a performance. It was weird and wild and cool to hear her sweet voice let loose on such a pissed-off song. I only wished her mic had been turned up a smidgen, because it seemed like she was fighting most of the time to be louder than the band. (Also, this song is basically “Before He Cheats” by Carrie Underwood all over again, right?) 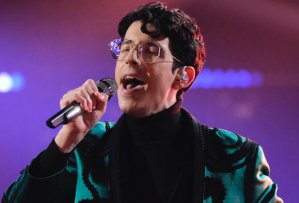 Joshua Vacanti (Team Legend), “The Show Must Go On” — Grade: A | If ever there was a happy marriage between singer and song, it had to be Queen’s classic and Joshua. I won’t lie — he gave me chills from the get-go (and they never really stopped). Joshua was absolutely living his theatrical fantasy up there, emoting like the spotlight turned his every feeling up to 11. Now and again, there were moments that seemed a smidgen sloppy, but the drama and intensity that Joshua brought to his performance was undeniable. Big voice, bigger presence. He defines — and so does Jershika while we’re on the subject — what it means to be present in a song.

Jeremy Rosado (Team Kelly), “Reckless Love” — Grade: B- | In rehearsal, Jeremy said that he’d been doing Cory Asbury’s Christian hit in church for ages. But beyond the fact that spiritual songs are usually a FastPass to the next round, he performed it well, modulating his vocal and building, always building to something bigger. Trouble was, the number is kinda a flat line — not a lotta peaks to go with the valleys until past the midpoint, when he got to unleash a few nice, long notes and really wail. Not his fault, though; I think he did everything he could with it (and that that will be more than enough to keep him from singing for the Instant Save). 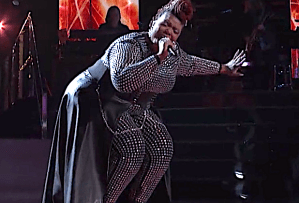 Gymani (Team Kelly), “Diamonds” — Grade: C+ | Hmm. Rihanna’s hit has never really worked well for Voice contestants, has it? (Am I forgetting a particularly dazzling performance?) Good Lord, though, Gymani started off in spectacular fashion, giving the familiar number a depth that caught me off guard. (Such enunciation.) Unfortunately, the performance overall shone like a diamond in need of polishing; it just fell kinda flat. Not even Gymani’s raspy roar was as powerful as we’ve come to expect. I’m afraid it’ll be Instant Save time for Gymani Tuesday.

Jim and Sasha Allen (Team Ariana), “Have You Ever Seen the Rain?” — Grade: C- | The father/son duo said during rehearsal that they’d always wanted to perform Creedence Clearwater Revival’s classic. Not sure this was the best time for them to do so, however. Their rendition mostly went down like a glass of warm milk: pleasant but unexciting. And not even Sasha bouncing around the stage like the peppy puppy that he is could distract from the pitch issues that bedeviled their performance. Sweet as the tag team is, I suspect this will be the week that they have to scramble for that Instant Save. 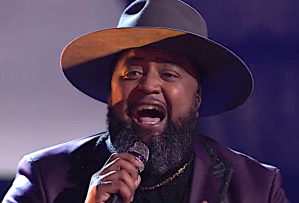 Paris Winningham (Team Blake), “Use Me” — Grade: A- | In rehearsal, Paris’ coach encouraged him to loosen up a bit more on the Bill Withers classic that he’d been given by fans. Clearly, he took the note to heart, because not only did he hit the stage spitting fire — exquisitely controlled fire, I might add — he was playful, bringing to bear more swagger than I think we’ve seen from him before. He even threw in what looked like a teensy bit of choreography, and he does not seem like a guy who is comfortable moving around on stage. Not the best song to showcase his vocals — bad, fans! Bad! — but he made the most of it.

Hailey Mia (Team Kelly), “Elastic Heart” — Grade: A | Smartly, the 14-year-old wanted to perform the stripped-bare piano version of Sia’s smash; if she pulled that off, it would be… cowabunga! Amazing! Was it, though? As she began to sing, it sure sounded like she was going to kill it. She sang with the delicacy of a snowflake slowly melting on a windshield in the sunshine. Yeah, this was freakin’ great. Powerful and precise, and the way she bent notes, it was like she was changing their direction in mid-air. Plus, young as she is, she really seemed to get, and reflect back, the poignancy of the lyrics.

So, which acts nailed it, and which do you expect will get hammered in the comments? Vote in the poll below, then sound off.