Prison has not been kind to MacGruber, it is made clear in a new teaser video for Peacock‘s TV series based on the Saturday Night Live sketch and 2010 film. 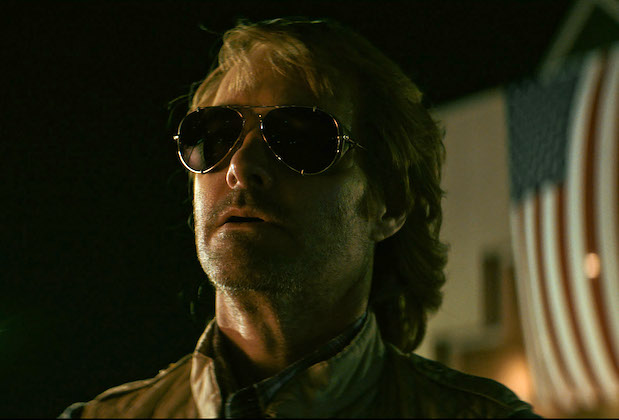 Concurrent with the release of the NSFW video above (a sanitized version appears below) — in which a TV newsmagazine gets an earful from the “Disgraced American Hero?” — and a few photos, it was announced that all eight episodes of the Will Forte-led comedy will premiere on Thursday, Dec. 16.

The premise for the series? After serving more than 10 years of a life sentence following the death of his arch enemy Dieter Von Cunth (portrayed by Val Kilmer in the film), “America’s ultimate hero and uberpatriot” is released for the purpose of a covert mission — to take down a mysterious villain from his past, Brigadier Commander Enos Queeth (played by Billy Zane). “With the entire world in the crosshairs, MacGruber must reassemble his old team, Vicki St. Elmo (Kristen Wiig) and Dixon Piper (Ryan Phillippe), in order to defeat the forces of evil.”